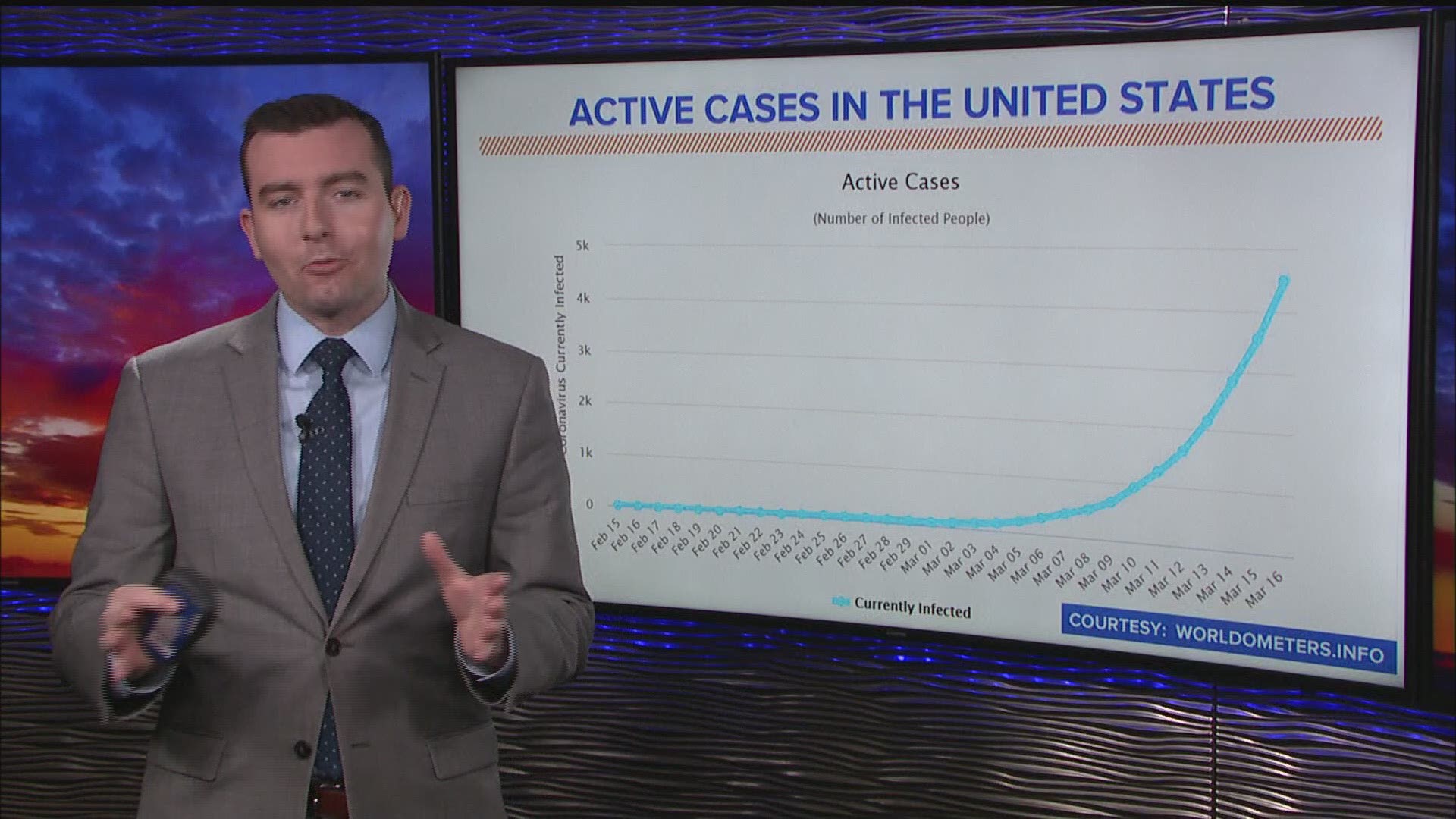 VINALHAVEN, Maine — Editor's note: You are hearing the term 'flattening the curve' as a way to stem the tide of coronavirus cases. The above video explains what that means

In the past two weeks, as cases of COVID-19 coronavirus have spread, several out of state residents have been returning to their Maine summer homes several months early, presumably to get away from crowds where they usually live.

Complaints have been voiced publicly and on social media in some areas, with calls for those people to self-quarantine when they come to Maine.

Those emotions may have led to trouble on the island of Vinalhaven Friday, as police responded to a report that several men with guns were trying to block someone from leaving a house on the island, to force them to quarantine.

The Knox County Sheriff’s Department says the complaint was first called to the Coast Guard by marine radio, and then relayed to the Sheriff. Deputies, Marine Patrol and Coast Guard, responded and found that a tree had been cut down, dragged across the driveway, apparently to block anyone from leaving the house.

The Knox County Sheriff's Department clarified the case Saturday, saying a trio holed up in their Cripple Creek Road home until help arrived after several people gathered around the end of the man's driveway.

Knox County officials say they are concerned what the incident means for the island community.

"Deputies have learned that there is a general belief by some island residents that the Cripple Creek Residents are supposed to be quarantined because they came here from another state and could have Covid-19. Deputies did investigate this and learned that the trio had been residing on Vinalhaven for about 30 days, which is outside of the guidance issued by state officials, and none have any symptoms consistent with COVID-19.

We want to bring to the public's attention the matter of restricting a person's movements within the state. Whether someone is a Maine resident or not, they have the right to free movement and anyone who infringes upon that free movement is potentially violating the law."

Several towns have asked seasonal residents and visitors to self quarantine and advised people to remain in their home states so as to not overwhelm the local health care system.

RELATED: Hoda breaks down on 'Today' after interview with Drew Brees

RELATED: A look back at this week's coronavirus news in Maine