With COVID-19 and the virus now present in North Texas, WFAA is keeping a live blog of all the developments related to the virus' spread. 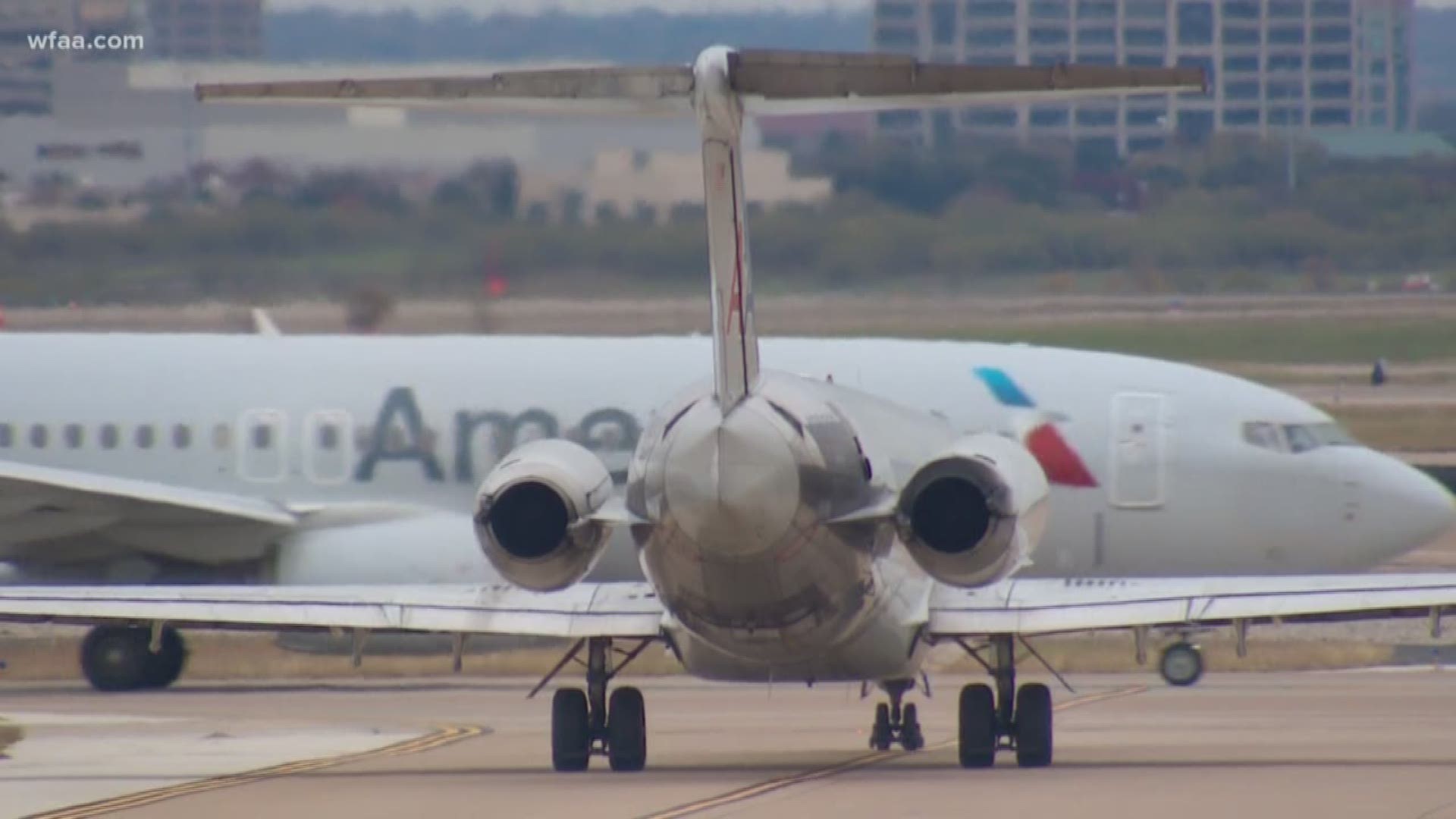 Click here for the live blog for Thursday, March 12.

Now that the disease has made its way to North Texas, WFAA will be posting live updates here as we receive new information on its spread.

RELATED: These are the confirmed COVID-19 cases in Dallas-Fort Worth

9:05 p.m.: American and Delta Airlines are both making flight adjustments after President Trump announced a 30-day travel suspension between Europe and the U.S. over the coronavirus pandemic.

RELATED: President Trump suspends travel between US and Europe for 30 days over coronavirus

"The safety and health of our customers and employees is always our highest priority. Delta has and will continue to quickly make adjustments to service, as needed, in response to government travel directives. More information on Delta’s response to the COVID-19 virus is available here."

American Airlines says it currently serves seven airports in five countries within the Schengen Area, including France, Germany, Netherlands, Spain and Switzerland. President Trump's travel directive will impact 14 out of 15 daily flights, including:

5:14 p.m.: Collin County health officials confirmed a Frisco child's test for COVID-19 has come back negative. The initial test was originally reported as "inconclusive," but after a re-test, the child has now been confirmed negative for COVID-19, officials said.

Dallas County Health and Human Services officials said the patient is an Irving resident in their 50s who recently traveled out-of-state to attend a large "recreational event." The patient is currently being treated at a Dallas-area hospital.

Health officials said this patient is not related to the two other cases announced Tuesday in Dallas County.

“The City of Irving is currently monitoring the COVID-19 situation and have been in close contact with state and county officials in regard to the current situation in our area. We will continue to stay connected with public health officials and are prepared for the care and safety of our residents, businesses and visitors," Irving Mayor Rick Stopfer said.

4:25 p.m.: U.S. Senator John Cornyn announced that Texas will receive $35 million in funding to help with its response to the coronavirus from the CDC. The funding will be given to the Texas Department of State Health, and the department will determine how the funding will be used.

Sen. Cornyn said some of the funding will also be used to reimburse localities like San Antonio, which has helped quarantine cruise ship passengers at Joint Base San Antonio-Lackland.

"This is the start in the process to repay Texas communities for the work that they have done to help our nation mitigate the impact of the coronavirus," Sen. Cornyn said.

2:55 p.m.: Dallas Mayor Eric Johnson announced the parade scheduled for March 14 was canceled due to concerns over COVID-19 cases in North Texas.

"An event of this scale, without adequate public health protections, cannot be allowed to occur at this time," Johnson said.

The Run Project officials told WFAA that they are still planning on holding the Dash Down Lower Greenville 5K, but they were awaiting further guidance from local officials. They said a decision would be made by the end of business Wednesday.

2:30 p.m.: The soccer team's match will be postponed in Seattle following Washington Gov. Jay Inslee's decision to ban gatherings of more than 250 people in response to the virus, an FC Dallas spokesperson said.

Details for the new game plan will be released at a later date.

1:30 p.m.: The Texas Rangers will not start their 2020 season in Seattle in a few weeks, officials have announced. They will still play the Mariners, but the game will have to be moved after the governor there has banned gatherings of more than 250 people in response to the virus.

Read more on the move here.

1:15 p.m.: A man in his 40s who has tested "presumptive positive" COVID-19 case in Montgomery County outside Houston could be the first case of community-spread in the area, health officials said Wednesday.

He has not traveled out of the state or country recently and has had no "identified contact with another person with COVID-19."

He did attend a RodeoHouston BBQ cook-off, officials said Wednesday. Read more on his case here.

12:45 p.m.: Alvarado Independent School District closed all campuses this morning after they were concerned about a member of the school community who had possibly been exposed to COVID-19 and was under quarantine. Schools will reopen Thursday after it was determined students and staff were not at risk of contracting the disease.

12:30 p.m.: Houston officials announced they have canceled the major event in response to the spread of the virus. The grounds will close today at 4 p.m. for the remainder of the season. RodeoHouston officials have said a ticket refund process is in the works. For more, click here.

11:30 a.m.: The World Health Organization officially classified COVID-19 as a pandemic, with cases in at least 114 countries.

RELATED: COVID-19: What you need to know about this coronavirus outbreak

9:30 a.m.: The man with the first "presumptive positive" case of COVID-19 in Tarrant County has been identified as the rector of Trinity Episcopal Church, Episcopal Diocese of Fort Worth officials said.

Rev. Dr. Robert Pace has been hospitalized in isolation and health officials are working to get in touch with anyone who may have had contact with him. Read on here.

8:30 a.m.: Ursuline Academy of Dallas and St. Rita Academy were closed Wednesday out of precaution due to COVID-19.

Ursuline Academy of Dallas posted on its Facebook page that a member of its extended school community is “presumed positive” for COVID-19 and it would be closed "out of an abundance of caution" and undergo a deep clean. St. Rita Catholic School also closed Wednesday for the remainder of the week as it undergoes cleaning as well, diocese officials said.

RELATED: EPA issues list of disinfectants to use against coronavirus 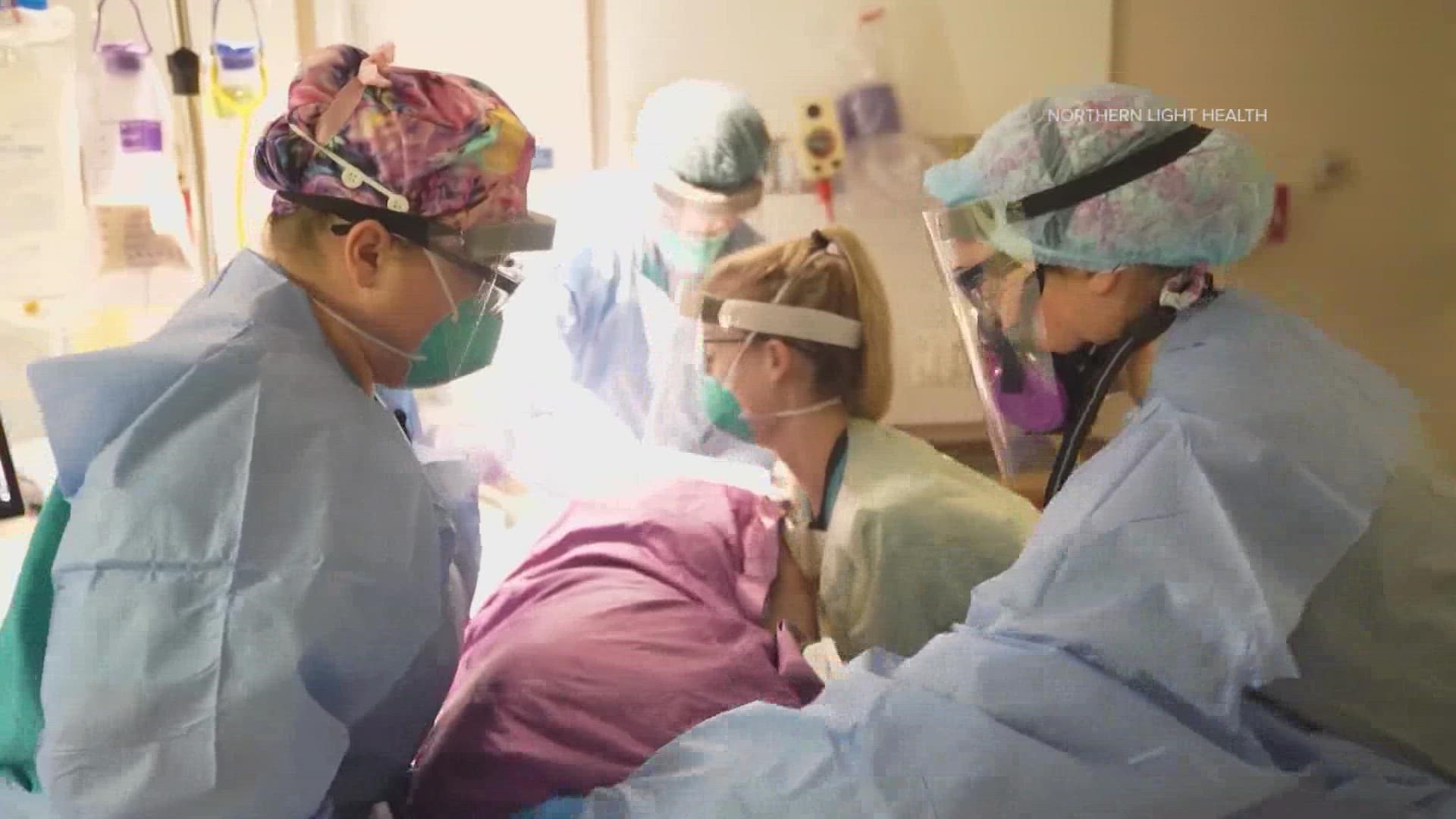