Officials with NHL Seattle say construction on the New Arena will continue, following further guidance from Gov. Jay Inslee. The Arena is supposed to open in 2021. 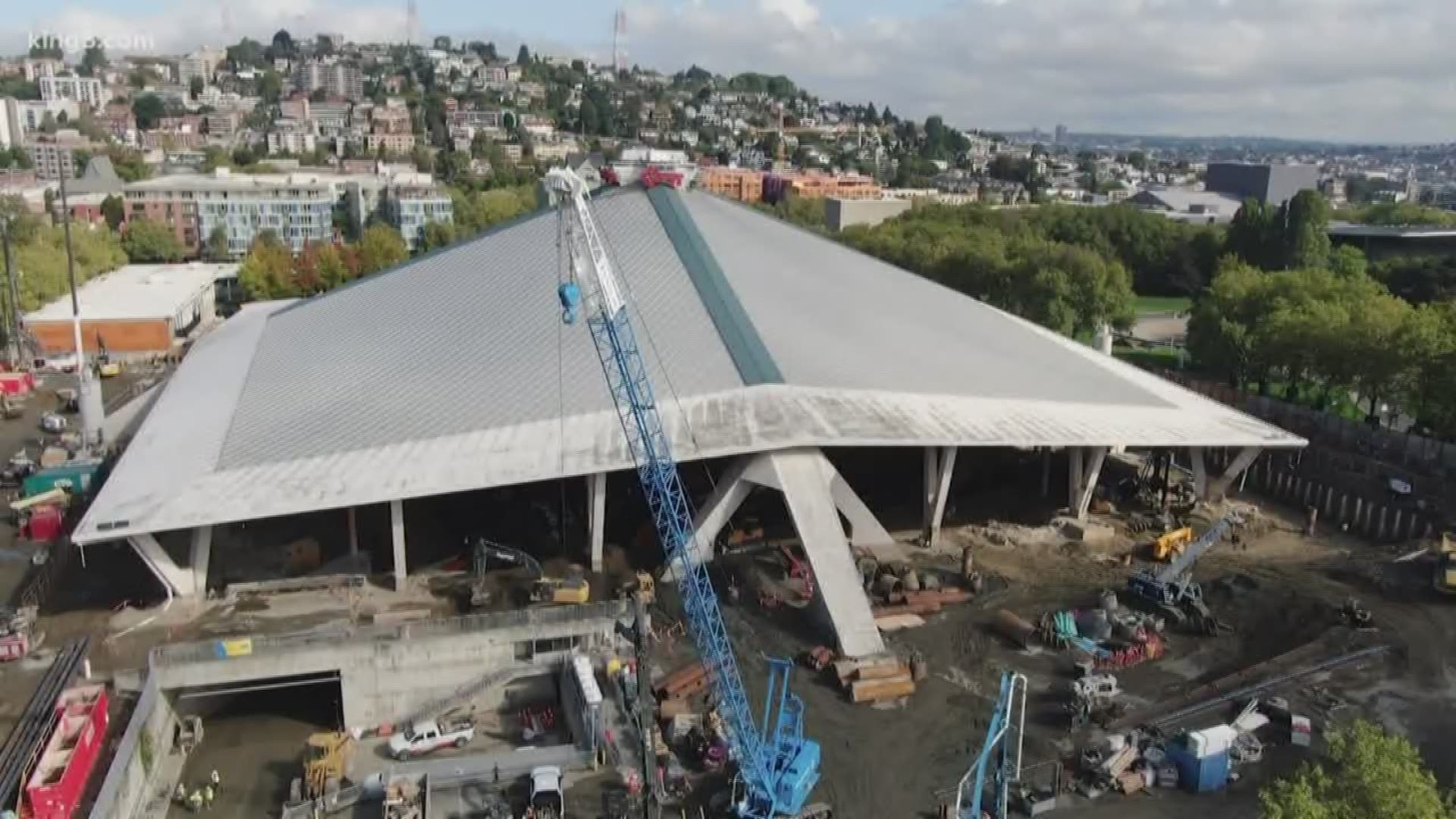 SEATTLE — Seattle's new NHL team announced Thursday that work will continue on the construction of the New Arena at Seattle Center.

It will also halt construction on the new team facilities, and training center at Northgate.

Late this afternoon, the organization released the following statement:

"Following Gov. Inslee’s additional guidance regarding the impact of his March 23 "Stay Home, Stay Healthy’" proclamation as it relates to construction, and, following conversations with Mayor Durkan’s office, work will continue on the New Arena at Seattle Center construction site. The general contractor, Mortenson, has been diligent in implementing CDC-recommended health and safety procedures to date and will suspend work on-site Thursday and Friday to take additional measures. The measures include a full clean of the site, future work planning and the creation of an additional site entrance. Work will resume on Monday, March 30.

At the construction site of our team headquarters and community facility, Northgate Ice Centre, BN Builders and all project partners have stood down from construction activity in line with Gov. Inslee’s "Stay Home, Stay Healthy" proclamation. We thank the project leadership team and all of the craft workers on site for their dedication during this unprecedented time. We look forward to resuming work when advised to do so. Team members will continue to work on project-related planning from remote locations."

The project managers have been carefully monitoring Inslee's guidance, who had issued a "Stay Home" mandate on Tuesday, limiting commercial construction. But late Wednesday, he clarified those conditions.

In a memo, Inslee wrote projects were allowed if:

A) Construction-related to essential activities as described in the order;

B) To further a public purpose related to a public entity or governmental function or facility, including but not limited to publicly financed low-income housing; or

C) To prevent spoliation and avoid damage or unsafe conditions, and address emergency repairs at both non-essential businesses and residential structures.

That last clause is related, as Inslee reiterated today, to projects which involve shoring up a wall, or are related to stability.

The New Arena at Seattle Center site has established a temporary roof support system to hold up the 44 million pound roof and is also on public land.

Even a two-week pause in construction, as Inslee has ordered for most projects, could throw off the timeline for the New Arena, which is scheduled to open next year and in time for the 2021 NHL Season.

It's not immediately clear how the Northgate project will be impacted, if at all, by the delay in construction.

RELATED: Take a look at the perks coming to the new Arena at Seattle Center