Middle Street, from India to Franklin, became one-way going from India towards Franklin on June 8 to allow expanded use of the street. 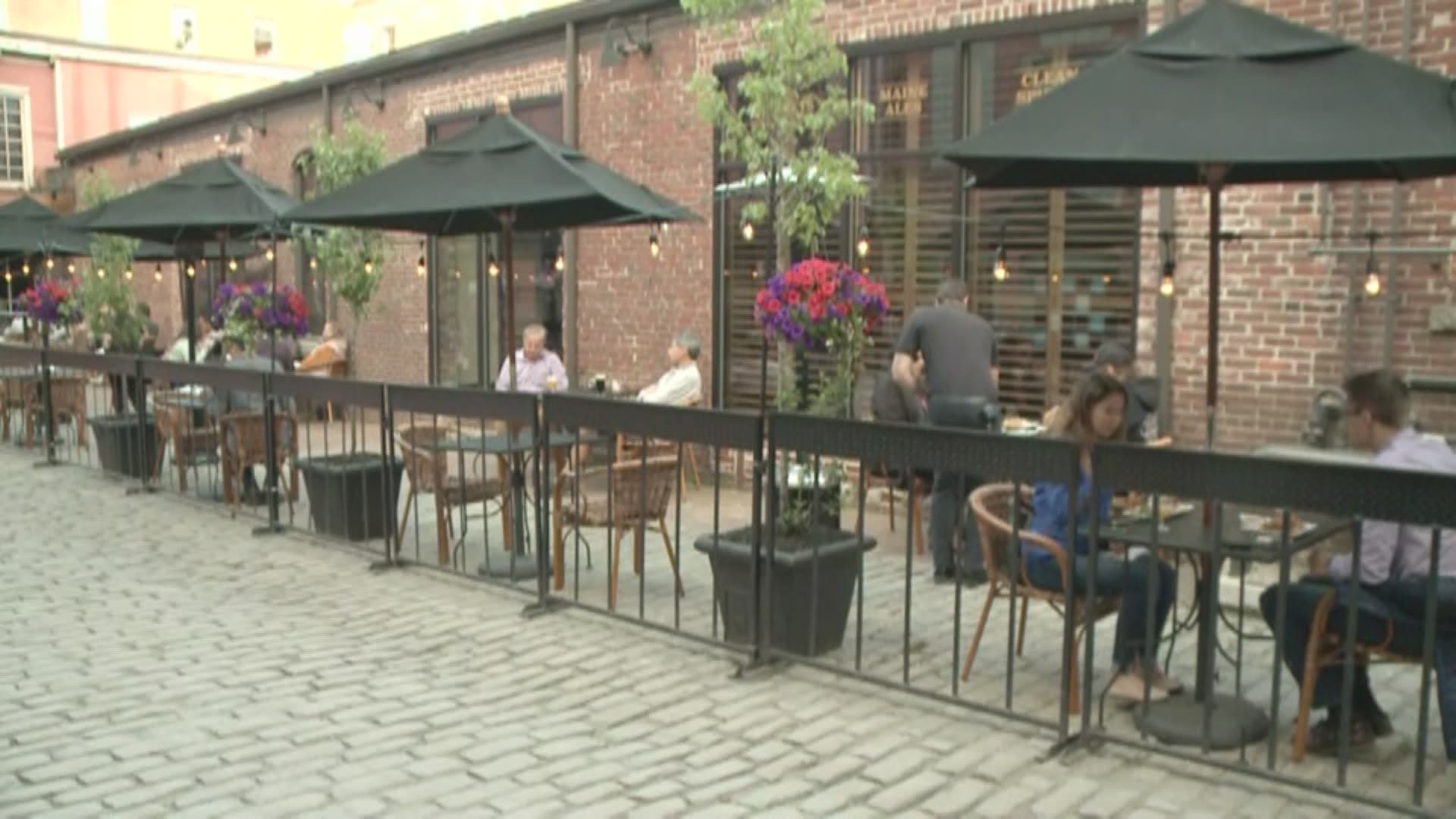 PORTLAND, Maine — The City of Portland wants to update the public on several aspects of its expanded outdoor dining and retail pilot program.

More than 80 businesses have now been permitted as part of the program, and Dana, Wharf, Exchange (Fore to Middle and Middle to Federal), and Milk Streets (Exchange to Market and Silver to Pearl) were closed on June 1.

Middle Street, from India to Franklin, became one-way going from India towards Franklin on Monday, June 8 to allow expanded use of the street. Any traffic going down Hampshire Street must turn right now.

The city said it worked quickly, without much lead time, to source and install barriers in order to close the streets mentioned above.

With Phase One of the pilot program underway, the city is now working to implement a more long-term plan that will enhance and improve the aesthetics of the street closure barricades. The city is looking at a variety of options, including planters, in order to add greenery. Any solution will balance aesthetics, length of delivery, public safety, and cost. It is expected that the new and improved barricades will be installed within the next few weeks.

City officials plan to will work with civic organizations and business owners on additional and ongoing beautification efforts.

RELATED: Some Maine cities offer restaurants and retail stores to use outdoor spaces

RELATED: 'Sesame Street' teams up with CNN to explain racism and the power of protesting