Can the number of people quarantined for coronavirus be released? The state and county disagree 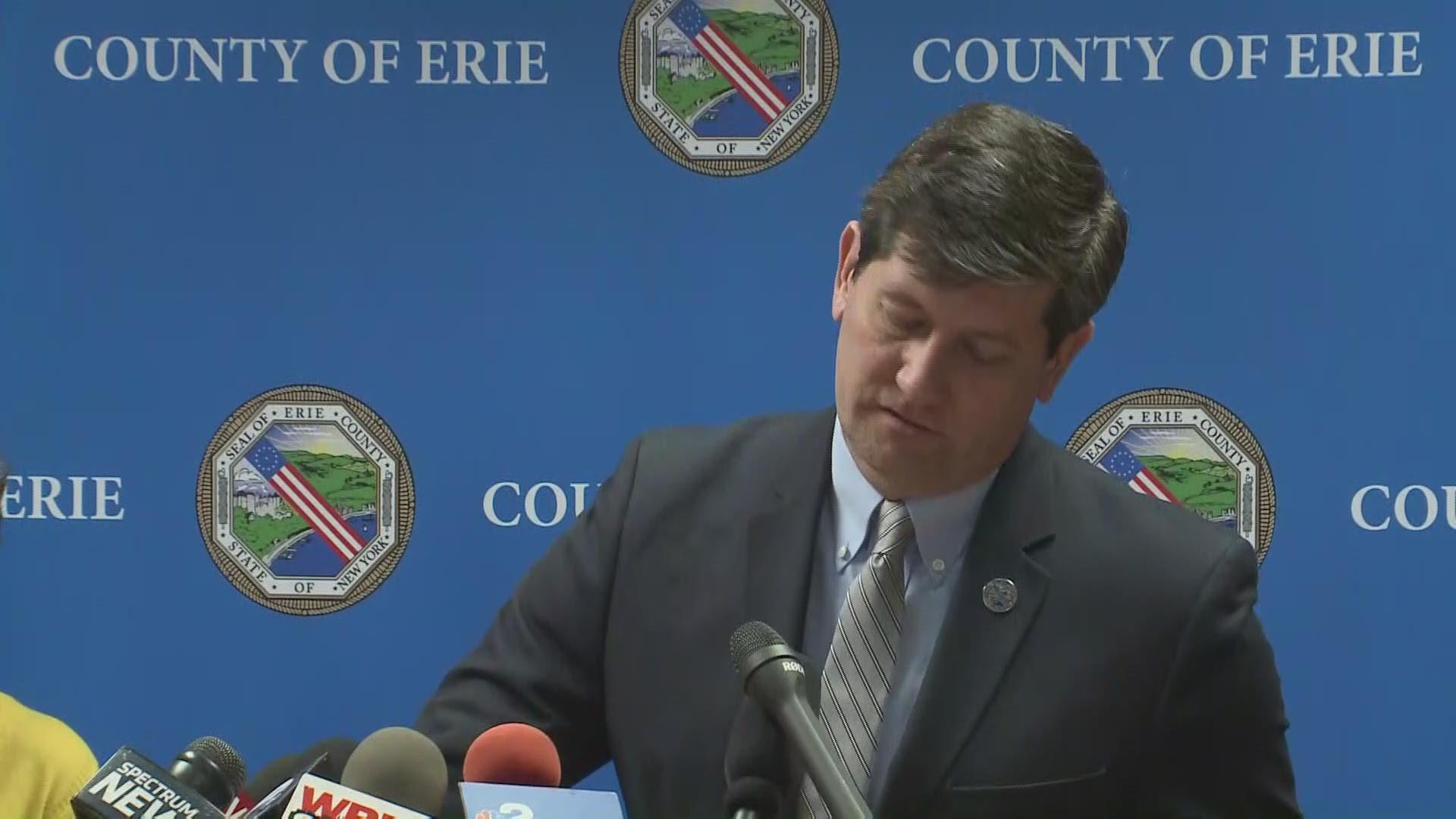 When asked by 2 On Your Side's Dave McKinley how many people in Erie County were tested for coronavirus, Erie County Department of Health Commissioner Gail Burstein would not give an exact number.

"I can't discuss individual cases," she said.  "I don't want to put anybody at risk of having their information disclosed."

Erie County Executive Mark Poloncarz said, "The state violated the law. We have been told what they did was wrong and we can't violate ourselves.  In revealing the location of the individuals that were subject to a test, there was a fear that the individuals had the virus and a fear in this community."

RELATED: UPDATE: Governor confirms 11 coronavirus cases in NYS, but none in WNY

Poloncarz went on to further say, "Not every individual, and there were 12, had a test done, because they were not showing any signs whatsoever of an illness.  It was only those who were symptomatic- those were six.

"The governor announced that," Poloncarz said.  "If you follow the law, as we were told by the CDC, and the state, we're not supposed to say that. The governor announced it.  So, I want people to understand is this is not the first test we have done in our community.  There were Chinese students at the University at Buffalo, which is recently returned,  and put into quarantine and I do believe there was at least one, possibly two tests that were sampled and sent down to the CDC in Atlanta that was determined they did not have the virus."

Rich Azzopardi, the spokesperson for the Governor's office, responded to Poloncarz's remarks saying, "‎State and county health departments in New York and around the country have been routinely providing this information. It’s our obligation during a public health epidemic to keep the public informed. Faith in government competence is paramount in these situations and misinformation undermines that. The County Executive should correct the record immediately.‎"

"Earlier today Erie County Executive Mark C. Poloncarz said it was illegal for New York State and the Governor to release the number of coronavirus tests being performed for residents of Erie County, as well as the location of the individuals. While it may not have been illegal to release aggregate data, it was probably inappropriate to release identifying information such as the Town or location of residence, considering that one of the families does not live in Buffalo but in one of the other 27 communities that make up Erie County. The County Executive strongly apologizes for any inference he made that was incorrect.

The Erie County Department of Health continues to follow CDC and NYSDOH guidelines for quarantine and testing in regard to the spread of the coronavirus and the associated COVID19 disease. ECDOH also continues to respect and implement HIPAA protections for any and all individuals who may have come in contact with the coronavirus, or any other potentially transmissible illness, and will not be releasing the number of people under quarantine in Erie County in order to offer these individuals the highest level of privacy protection we can.

While there are relatively low numbers of individuals currently under quarantine, these numbers are constantly fluctuating as individuals enter and end their quarantine period. ECDOH priority is to follow the guidelines set by the CDC in NYS to ensure that public health is protected through this proven public health strategy for limiting potential exposure to communicable disease. Should a confirmed case of COVID19 appear in Erie County the public will be notified."