Campgrounds, RV parks reopen to Mainers -- but some still have business concerns

On Tuesday, May 19, Governor Janet Mills announced that campgrounds and RV parks could reopen to Mainers on May 22, more than a week earlier than expected. 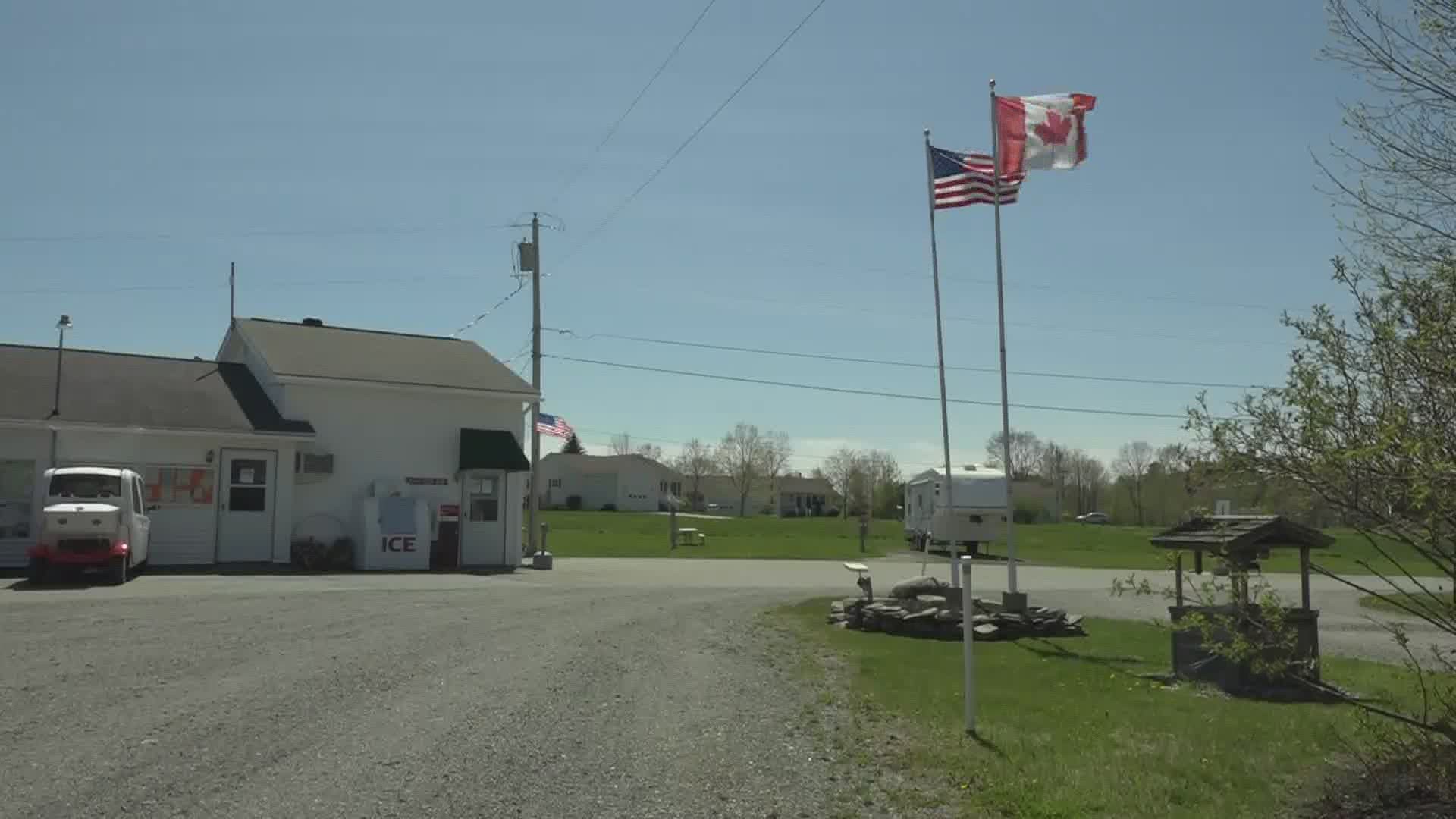 MAINE, USA — Most Mainers are excitedly counting down the hours and minutes until Friday's work day is done and a beautiful Memorial Day weekend begins. Temperatures climbing over 80 degrees and a promise of persistent sunshine mean that this year's holiday is a perfect opportunity for people to get outdoors after months of quarantine due to the coronavirus pandemic.

On Tuesday, May 19, Governor Janet Mills made an announcement that will make that feat more achievable for people -- starting May 22, campgrounds and RV parks will be allowed to reopen to Mainers. That decision pushed the reopening date more than a week earlier than expected, which left some camp sites scrambling to get ready.

At Augusta West Kampground, Brittany and Kale Malmsten have been working hard to make sure they can keep employees and campers safe by stocking up on supplies and setting up.

"We had to purchase a partition plexi-glass to keep our staff safe, as well as masks and gloves," Brittany, the general manager, explained. "It was a struggle to actually get everything that we needed."

Luckily for the couple, Kale's sister in Massachusetts was able to supply the materials they needed, since some items were out of stock online for weeks or even months, according to Brittany. They say they are expecting a big crowd this weekend -- as of Thursday morning, they only had two sites available out of 100 total -- and think a lot of Mainers will be ready to get out of the house.

It's why they say they want to make sure they follow all of the guidelines laid out by Maine's government to keep everyone healthy and encourage further visits in the future.

"We don’t want to jeopardize anything for the future of the summer," Kale, the park owner, explained.

Brittany and Kale say since they are located in central Maine, business at their camp each year is pretty evenly divided between Mainers and out-of-staters. Unfortunately, that's not the case for some other camp sites around the state, like Pumpkin Patch RV Resort in Hermon.

"About 87 percent of our campers (are) from upstate, and mainly it (is) tourists coming in to tour Acadia National Park.They were also on their way to Canada," explained Carol Doyon, the co-owner of the resort. She says her camp site is often a destination for caravan crowds or tourists coming in to see parts of Bangor and the surrounding areas.

With so much closed right now; the two-week quarantine mandate for out-of-staters; and the fact that five caravan tours had to cancel this season -- Doyon says she and her husband have felt the economic impact.

"So far we've lost about $30,000 in reservations," Doyon expressed to NEWS CENTER Maine.

It's why they are hoping to cater to more Mainers this summer. Her camp site (along with Augusta West Kampground) is part of a new initiative called "Maine Camping: Discover Your Own Backyard", which gives Mainers who visit local, participating camp sites a 10 percent discount.

Doyon says it's a initiative she hopes people will take part in this summer, since so many local Maine businesses also depend on their campers.

"It's something we all do together, so it's very important that we get back at it," Doyon said.

Brittany and Kale are on the same page. They say a lot of Mainers don't even know their campground exists -- but there is a lot to explore in their home state. The campground has been in Kale's family name for more than 40 years, and it's a legacy the couple wants to carry on.

"(If we) have to close or we can't have out-of-staters, it could impose a huge hardship on us," Brittany said.

"We have our life wrapped up in this place, so we need to make it work one way or another," Kale added.