Coordinator Linda Petersen says she hopes other clubs will be inspired by her group's ingenuity and will begin safely holding in-person discussions as well. 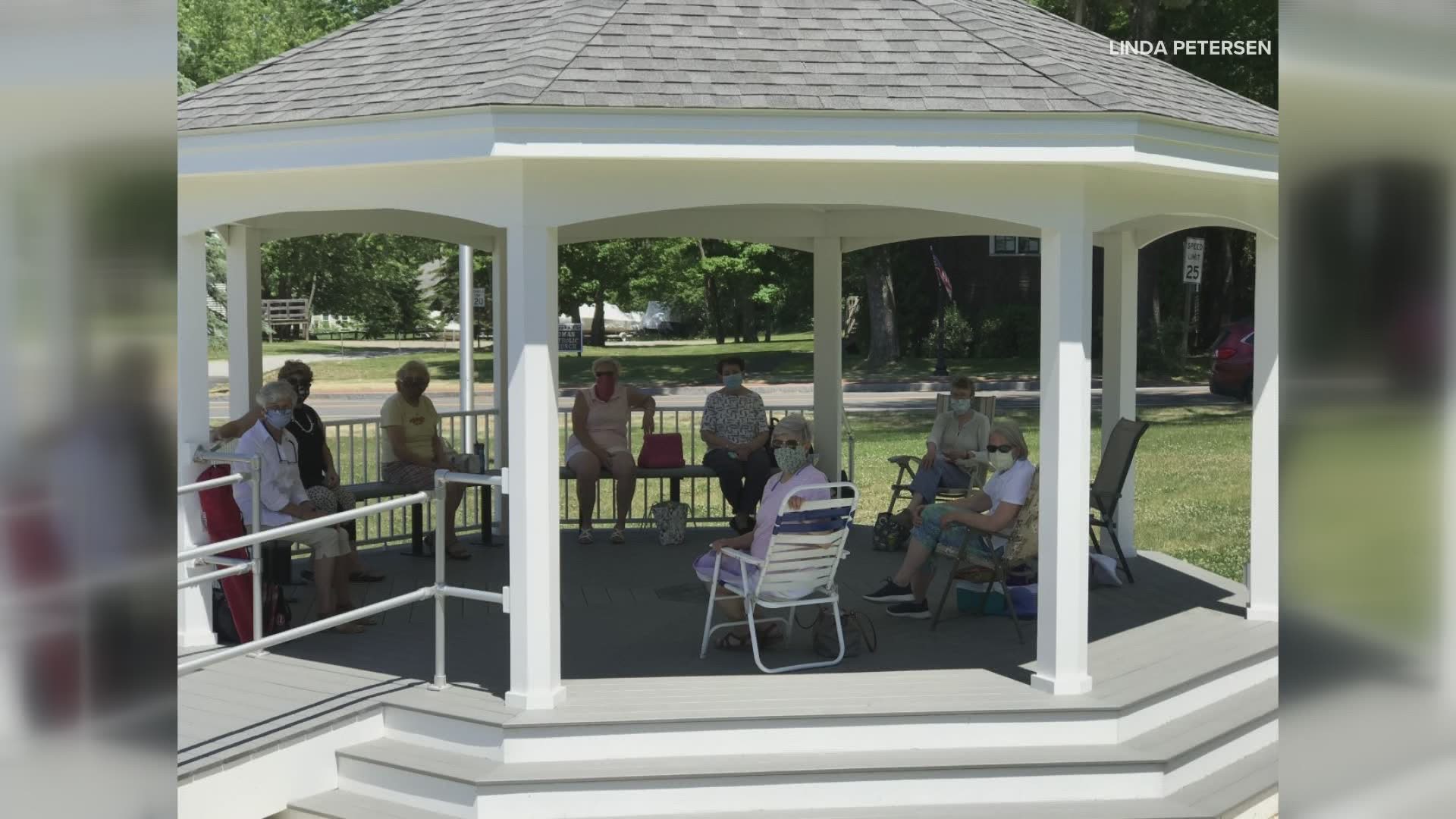 BELGRADE, Maine — One of the best parts about reading a book is discussing it with others who have read it as well. But that hasn't been easy with gatherings limited to 10 people or fewer for the better part of the past two and a half months.

A Maine club that's in its ninth year finally met on Wednesday after they hadn't since mid-February. Coordinator Linda Petersen said they finally found a safe (and might I add 'scenic') spot to gather - in the gazebo on the Village Green in Belgrade Lakes.

"The challenge became how can we physically be together safely and not have to resort to meeting virtually," Petersen wrote in an email to NEWS CENTER Maine. "The gazebo has just enough space for us to be six feet apart, be outside (which is safer than meeting inside) and the circle set up is PERFECT for having a book discussion. On this hot day, the roof also offered needed shade."

Petersen added that all members were thrilled to finally see each other and talk books again after being apart for four months. She hopes other clubs will be inspired by her group's ingenuity and will begin safely holding in-person discussions as well.

Now, you're probably wondering: What did the group discuss?

Petersen said they were originally going to choose Timothy Eagan’s “The Worst Hard Time: The Untold Story of Those Who Survived the Great American Dust Bowl.” However, members realized that escaping from news of a pandemic into a book that touches on a similar struggle might be a bit of overkill.

"At our meeting this Wednesday we did 'Book Talks,' sharing titles and reviews of the books we have read these past four months. Then we talked about what book we want to read for July’s Meeting, which will be held back at the gazebo," Petersen wrote. "Everyone wanted something light and upbeat, as some of us have found it hard to read a book during this unsettled time. The book we selected for July is 'The Summer Book,' by Tove Jansson. It’s the story of a young girl and her grandmothers spending the summer on a tiny island in the Gulf of Finland. Looks like the perfect summer read!"

As Maine begins to reopen, don't lose your grip on the things you loved to do and the people with whom you loved to gather before the coronavirus pandemic occurred. Just make sure that while doing so, you're following CDC recommendations, regulations, and distancing requirements to keep yourself and others safe.