Bath Iron Works employees who spoke to NEWS CENTER Maine said they have had to choose between their personal health and a paycheck. 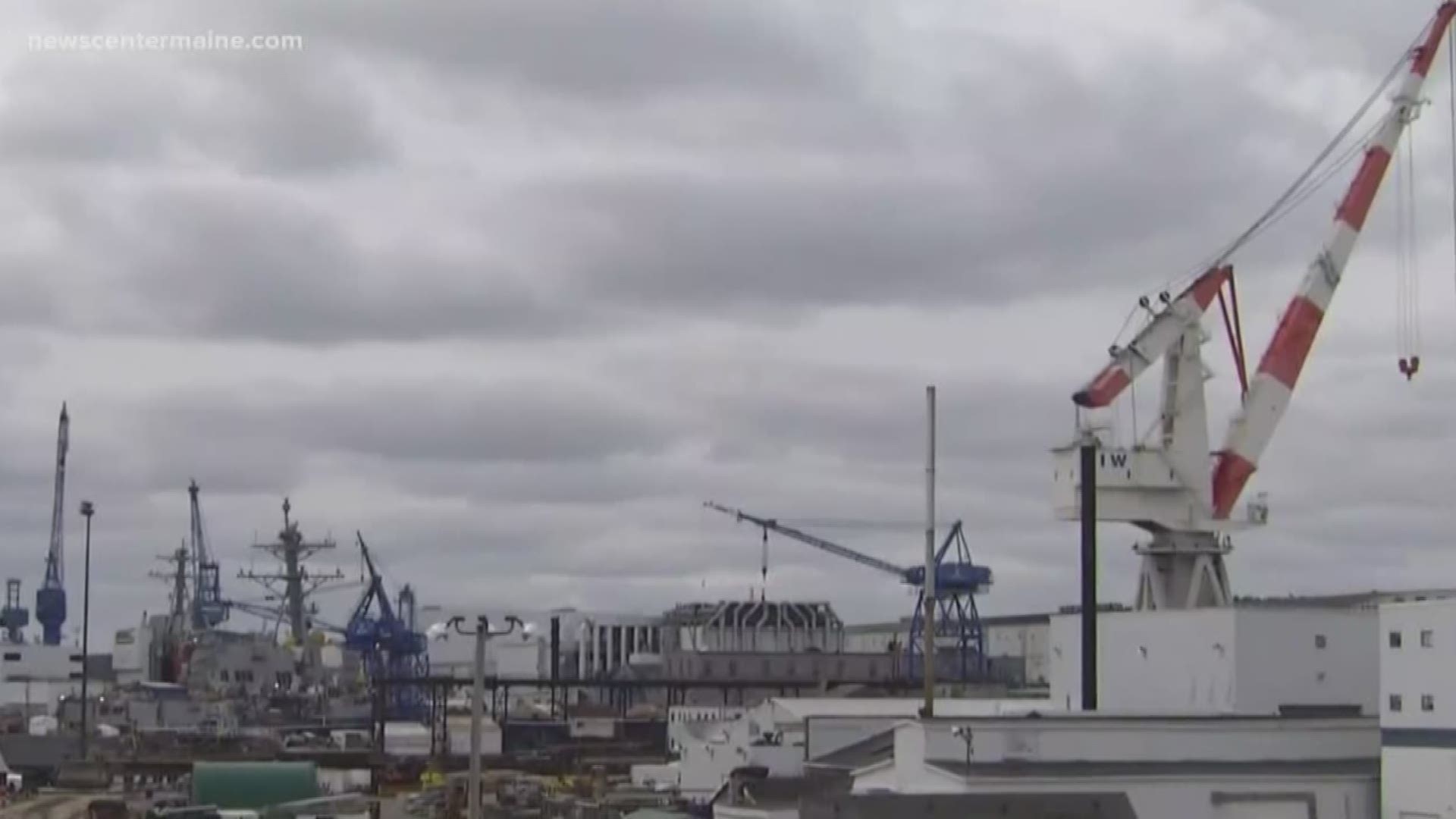 “Like all of you, I’m concerned about my family, my fellow employees and the business that allows us to care for and protect our families,” Dirk Lesko wrote. “We remain open because the President of the United States and the United States Navy has mandated that we do so – that the work we do is so essential to the defense of our nation that we must not shut down."

Last week the U.S. Navy Secretary wrote a letter to General Dynamics, the owner of BIW, stating the operation is “crucial to national security.”

Lesko’s message comes after employees have been calling on BIW to shut down.

"They need to close,” one employee told NEWS CENTER Maine. “It's not going to affect the time of the ship being built. It's just ridiculous."

That employee, who wished to remain anonymous out of fear of losing their job, said they have decided to take time off without pay over fear of the virus.

"I don't want to lose my job, but is it worth the risk of getting sick?" they said.

The ship-building facility employs more than 6,000 people from all over the state.

Another employee who spoke to NEWS CENTER Maine last week said they feel forced to continue working at the facility.

"I'm going to work every day because of the paycheck. If it wasn't because I'm worried about not being able to pay my bills then I would choose to stay home,” they said.

While the company has vowed to follow the latest CDC protocol to encourage sanitation and social distancing, both employees said it is impossible with so many people working in confined spaces.

Both of the unions that represent BIW employees have come out in support of a shutdown.

"This is probably the most defining example of how BIW puts production above safety,” Chris Wiers, the president of Bath Iron Works' (BIW) Local S6 said.

Sen. Susan Collins (R-Maine) told NEWS CENTER Maine Friday that she spoke to Navy officials, and asked that BIW be granted more flexibility to meet deadlines, as well as additional cash flow, in order to allow BIW and other private shipyards to operate with the same standards as public shipyards like Portsmouth Naval Shipyard.

On Monday, Maine Center for Disease Control and Prevention Director, Dr. Nirav Shah, told reporters at a press conference that there are still ongoing conversations surrounding large-scale industrial facilities in the state.

"With respect to Bath Iron Works in particular what I can say is that there are broader discussions there involving many different stakeholders given the various security implications. We're a part of those conversations but they are happening at many different levels, including the federal government,” Shah said.

For the employees living in fear, they are concerned that so long as people keep working at BIW, the spread of COVID-19 in Maine will only worsen.

"They were pulling people out in the yard who had symptoms even before this,” one worker said. “So there's probably more people there that have it."

Maine Speaker of the House and candidate for U.S. Senate Sara Gideon (D- Freeport) is holding a ‘virtual roundtable’ Monday morning to further discuss concerns with union leaders and employees.

RELATED: A look at what places have closed in Bangor so far due to coronavirus

RELATED: Stricter measures being taken in Bangor to fight COVID-19