The inn hosted a wedding reception on August 7, which has now been linked to 123 COVID-19 cases across the state and one death. 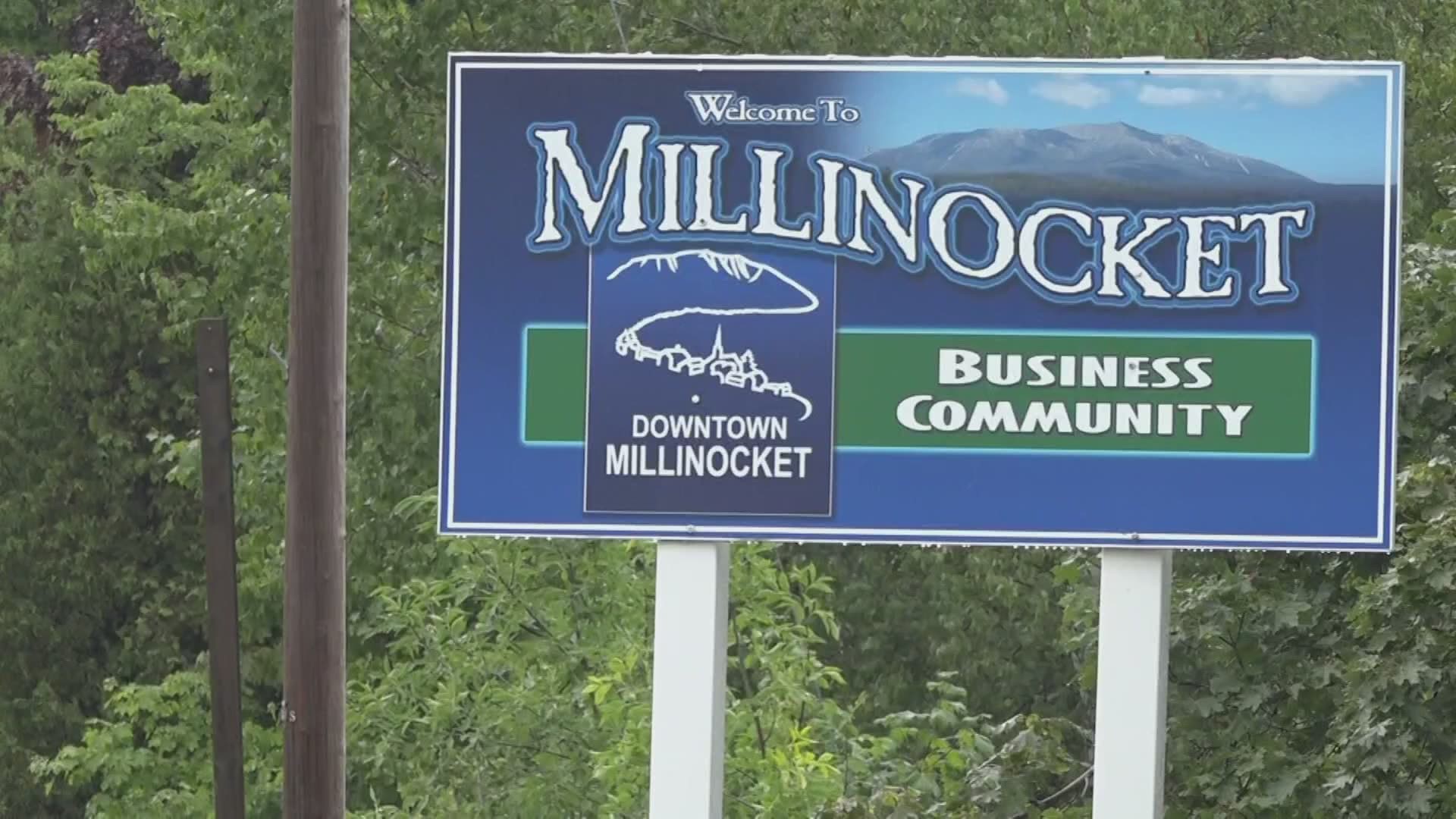 The Millinocket inn that hosted a wedding reception now at the center of a COVID-19 outbreak had its lodging and dining license reinstated Friday, according to the Maine Center for Disease Control and Prevention.

The August 7 wedding/reception has been linked to 123 COVID-19 cases across the state and has since been tied to outbreaks in several Maine communities, including the York County Jail and the Maplecrest Rehabilitation Center in Madison.

A spokesperson for the CDC did not say why the license was reinstated.

Big Moose Inn's license was suspended by the state Wednesday after a follow-up inspection revealed the facility was not in compliance with state COVID-19 regulations.

According to a state health inspector report obtained by NEWS CENTER Maine, dining tables at the inn's restaurant, Frederica's, were not spaced six-feet apart and employees were not wearing masks at the time of that inspection.

The inspection comes after two complaints filed with the state over concerns of overcrowding, no mask use and a lack of employee hand-washing on Aug. 17.

Documents revealed more information about the facility at the time of the wedding reception, including failures to prevent the spread of the virus.

All 62 guests were reportedly screened with temperature checks, according to the report. All of them were reported normal.

The report also stated that guest at the wedding reception failed to socially distance and wear masks despite posted signs.

Staff members were wearing masks during the event, but did not enforce guests to do the same.

While several guests from out of state did share negative test result information with the inn, the inn did not collect contact tracing information as required.

In total there were upwards of 109 people at the facility during the reception, the report said, in violation of the 80-person seating limit.

24 of the 65 people, including guests and staff at the wedding, tested positive for the virus.

"The Big Moose Inn is aware that an outbreak of COVID-19 has been traced back to a wedding in the Katahdin Region in early August. Among the wedding-related events that weekend was a post-wedding dinner at our facility.

Our hearts go out to the family, those affected by the virus who were at the wedding, and those who have been impacted since then. There is no doubt that this virus is dangerous with wide-ranging impacts. We too are deeply saddened and frustrated by the many devastating impacts of COVID-19. This is a challenging time for all of us.

We have not spoken out about this out of respect for the wedding party and family, and to let the state investigation take place. But with so many questions and assumptions being put forth, we felt that we needed to respond.

The Big Moose Inn did receive a citation from the State for some infractions. It is important to note that because Big Moose Inn has separate rooms for dining as well as outdoor seating, the facility’s approved capacity during this time is 80 persons. We understood that there could be no more than 50 persons in our largest room. We did make an error in the interpretation of that rule. Our interpretation was that we could take a wedding party of more than 50 persons, and split them between two rooms as long as it didn’t exceed our total capacity or a specific room’s capacity.

The State - perhaps, rightfully so - assumes that individuals from a larger group would ignore the room restrictions, and take the opportunity to co-mingle. Our interpretation of the rule put the Big Moose Inn in violation of the gathering of people over the maximum number allowed by Maine DECD guidelines.

The staff at Big Moose Inn has worked hard to follow all of the rules to the best of our understanding since we opened for the season on May 22. We have signage to let visitors know that masks are required; staff wears masks at all times when we are open to the public or in proximity to other staff; we have increased sanitizing and safety measures before, during, and after diners and guests visit our establishment; we have added space for increased physical distancing; and we take the temperature of guests at events prior to entering the building. The wedding attendees were all screened prior to entering, which helped to give us assurance that there were no symptoms being shown from anyone at the Big Moose Inn over the course of that weekend.

Once we were made aware of the outbreak, the CDC took the lead on contacting anyone who might have been at risk of coming in contact with anyone at the wedding, the reception, or any other potential events the wedding party participated in that weekend. The Big Moose Inn has had all of our staff members tested or self-quarantining. None of the servers working that evening have tested positive. Our employees have received 23 negative tests, two tests are still outstanding, and five self-quarantined. We have, however, had two employees test positive since the post-wedding dinner. Internal contact tracing suspects the employees picked it up from an outside source. Those who tested positive have completed their quarantine.

While the Maine CDC managed the notification of anyone who might have come in contact that weekend, we have also been informing guests prior to arrival about the recent outbreak and will continue to do so between now and the end of the season. We are further enhancing our sanitization measures. We have gotten clarity on the rules from the Maine CDC regarding group capacity and our venue capacity, and we have been fully cooperative with the CDC’s field epidemiologist, CDC officials, and state and local officials.

Earlier this week we were informed that our license was being temporarily suspended because a state inspection found continued violation of restrictions in our dining area. The dining area was closed to customers at the time of the inspection. At that point, it had not been open for a couple of weeks.

We quickly corrected the violations as though we were open, and our license was reinstated earlier today.

The Big Moose Inn is a family-owned business. We have taken the pandemic seriously, followed the rules as we have understood them, and gone above and beyond those rules to try and keep our guests, staff, and community safe.

While we cannot be sure the virus was fully spread at our facility, we know that there are things that we can be doing better. We have given the Maine CDC our word, and we are giving our community and guests that same word that we will do - and are doing - better. We are updating our protocols as advised by the Maine CDC and will continue to keep our staff, community, and guests’ health and safety as our top priority."

Maine DHHS Commissioner Jeanne Lambrew announced during the Maine CDC briefing Thursday that the state suspended the inn's business license. Now, just one day after that announcement was made, the inn has its license back.

"We did last week issue a imminent health hazard, because what we know was a violation of our policies. There was a return site visit in which there were continued deficiencies so we have suspended the license for the Big Moose Inn. Every day that the organization operates outside of that suspension, there are fines associated with it. I know we are working with the Big Moose Inn to bring them into compliance because the goal of all of our public health emergency enforcement tools is less about punishment and more about prevention and how do we prevent this from happening again," Lambrew said Thursday.

Of the 123 cases linked to the Millinocket outbreak, nine are at the Maplecrest Rehabilitation Center in Madison. Five are among residents and four are among staff.

Of the 123 cases linked to the Millinocket outbreak, 54 are among people associated with the York County Jail complex. 16 are corrections officers, 35 are inmates, two are from the government building, and one is a DHHS support staffer assigned to the jail.

Of the positive COVID-19 cases associated with the wedding reception in Millinocket, one has died, Millinocket Regional Hospital announced Friday.

The hospital previously reported they had one person associated with the outbreak admitted to the hospital.

"We are sorry to share that this patient passed away early this afternoon," Millinocket Regional Hospital CEO Robert Peterson wrote in an update Friday. "Our thoughts and sympathies are with her family as they cope with this difficult loss."

On Tuesday during the Maine CDC coronavirus briefing, Dr. Shah explained how the Maplecrest and York County outbreaks linked to the one in Millinocket. He said a guest who attended the wedding infected their parent. The parent then had contact with one of their other children, who works at Maplecrest. The person who works at Maplecrest then infected five people at the facility - four residents and one staff member.

Dr. Shah said all of this unfolded in a span of about two and a half weeks.

"That's just an example of how quickly this virus can spread. From a wedding to a guest to a parent to another child to a nursing home," Dr. Shah said.

The Millinocket outbreak was announced by Maine CDC on Monday, August 17. The wedding, which was at the Tri-Town Baptist Church, and the reception occurred on August 7.