President Biden told House Democrats Congress needs to “act fast” on relief for the pandemic and economic crisis, including a third stimulus check for Americans. 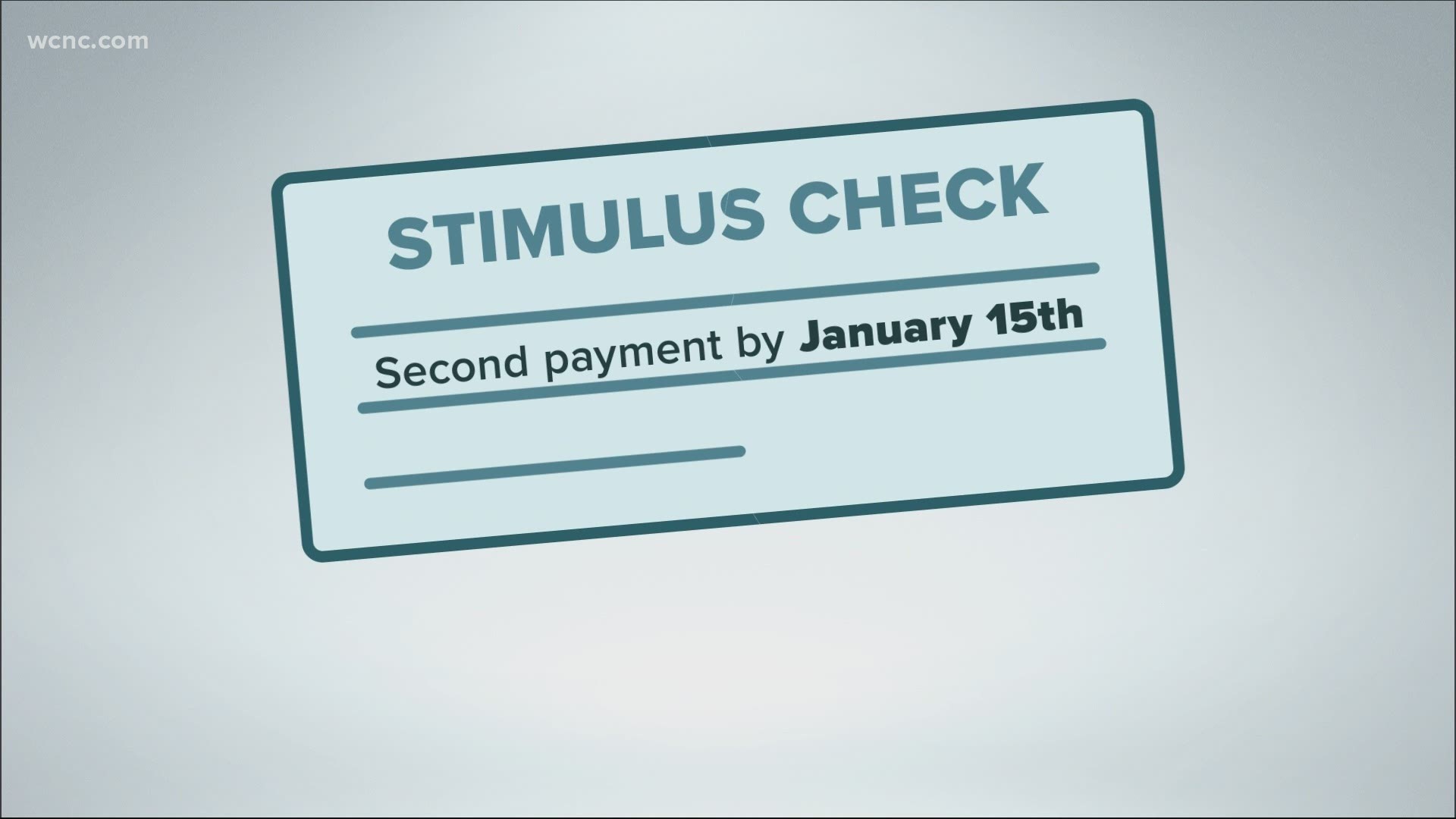 WASHINGTON — President Joe Biden told House Democrats on Wednesday he's “not married" to an absolute number on his $1.9 trillion COVID rescue plan but Congress needs to “act fast” on relief for the pandemic and the economic crisis.

Biden also said he doesn't want to budge from his proposed $1,400 in direct payments that he said were promised to Americans.

On the direct payments, he said, "I’m not going to start my administration by breaking a promise to the American people.”

The meeting with House Democrats and another later with Democratic senators came as the president steps up his public engagements with lawmakers on pandemic aid and an economic recovery package, together his first legislative priority and a test of the administration's ability to deliver. Biden’s remarks to the Democratic House caucus were relayed by two people who requested anonymity to discuss the private conference call.

While Biden is trying to build bipartisan support from Republicans, he is also prepared to rely on the Democratic majority in Congress to push his top agenda item into law. Republicans object to his package as excessive, preferring a $618 billion alternative, but Biden panned that as insufficient even as he continues private talks with Republicans on potential areas of compromise.

Meeting later with Senate Majority Leader Chuck Schumer and 10 top Senate Democrats in the Oval Office, the president expressed confidence that the relief package would still win over GOP votes and be bipartisan.

“I think we’ll get some Republicans,” he said at the start of the meeting.

With a rising virus death toll and strained economy, the goal is to have COVID-19 relief approved by March, when extra unemployment assistance and other pandemic aid measures expire. Money for vaccine distributions, direct payments to households, school reopenings and business aid are at stake.

As lawmakers in Congress begin drafting the details of the package under a budget process, Biden is taking care to shore up his allies while also ensuring that the final product fulfills his promise for bold relief to a battered nation.

House Democrats were told on the call with the president that they could be flexible on some numbers and programs, and could “better target” the direct payments, but should not back down on the size or scope of the aid.

“We have to go big, not small,” Biden told the Democrats. “I’ve got your back, and you’ve got mine."

As the White House reaches for a bipartisan bill, Democrats marshaled their ever-slim Senate majority, voting 50-49 on Tuesday to start a lengthy process for approving Biden’s bill with or without Republican support. The House is due to start its process with preliminary votes later Wednesday.

“We want to do it bipartisan, but we must be strong," Schumer said after the 90-minute session at the White House. Democrats are "working with our Republican friends, when we can.”

The swift action follows Tuesday's outreach to Congress as Biden and Treasury Secretary Janet Yellen joined the Democratic senators for a private virtual meeting, both declaring the Republicans' $618 billion offer was too small.

Both Biden and Yellen recalled the lessons of the government response to the 2009 financial crisis, which some have since said was inadequate as conditions worsened.

Schumer said of the Republican proposal: “If we did a package that small, we’d be mired in the COVID crisis for years.”

Biden is emphasizing the need not to forget working and middle-class families — those nurses and pipefitters making $150,000 for a family of four.

Earlier in the week, Biden met with 10 Republican senators who were pitching their $618 billion alternative, and told them it was not enough. He said he won't delay aid in hopes of winning GOP support.

Senate Republican leader Mitch McConnell criticized the Democrats for pressing ahead largely on their own as the GOP senators try to provide bipartisan alternatives.

The two sides are far apart. The cornerstone of the GOP plan is $160 billion for the health care response — vaccine distribution, a “massive expansion” of testing, protective gear and money for rural hospitals, similar to what Biden has proposed for aid specific to the pandemic.

But from there, the two plans drastically diverge. Biden proposes $170 billion for schools, compared with $20 billion in the Republican plan. Republicans also would give nothing to states, money that Democrats argue is just as important, with $350 billion in Biden’s plan to keep police, fire and other workers on the job.

The Republicans offer $40 billion for Paycheck Protection Program business aid. But gone are Democratic priorities such as a gradual lifting of the federal minimum wage to $15 an hour.

The Delaware senators Tom Carper and Chris Coons, both Democrats from Biden's state, were at the White House earlier Wednesday and discussed with the president the need for state and local aid and the possibility of narrowing who qualifies for another round of direct payments.

Coons said he's in conversations with Republicans “about on what terms are they willing to increase the amount significantly for some state and local aid.” Without that, he said, it's a “nonstarter.”

Winning the support of 10 Republicans would be significant, potentially giving Biden the votes needed in the 50-50 Senate to reach the 60-vote threshold typically required to advance legislation. Vice President Kamala Harris is the tie-breaker.

But Democrats pushed ahead with Tuesday's vote, laying groundwork for eventual approval under the budget reconciliation process that would allow the bill to pass with a 51-vote Senate majority.

White House officials have previously cited the U.S. Chamber of Commerce as evidence of broad support for their plan, but the nation’s most prominent business group on Tuesday urged a compromise.

Also the Business Roundtable called for a "significant package that prioritizes measures to defeat the pandemic and to deliver economic support,” shelving other spending for a follow-on package.