Speaking at a town hall, President Biden also pitched his COVID relief package and its $1,400 checks for most Americans. 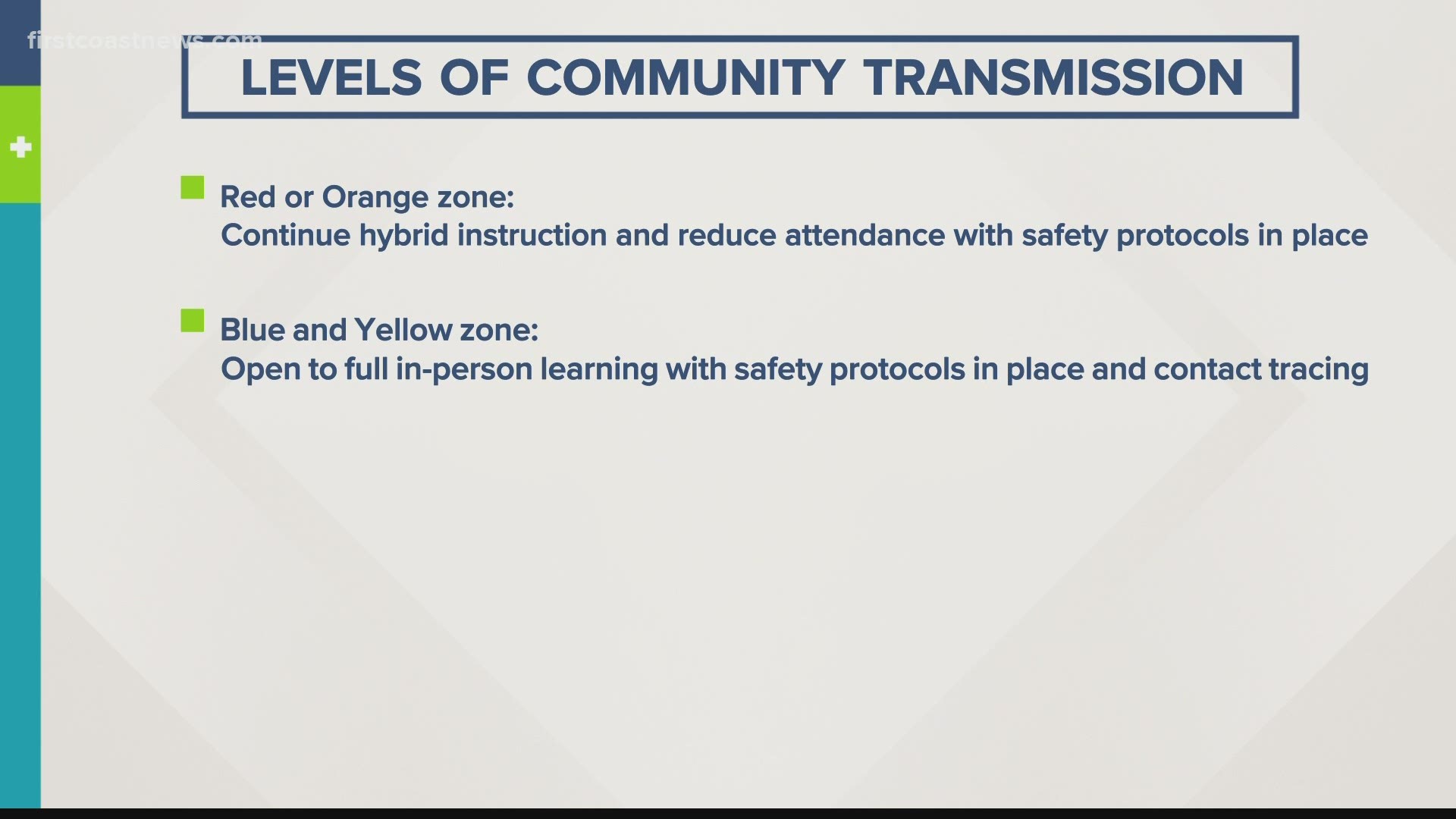 MILWAUKEE — President Joe Biden is promising a majority of elementary schools will be open five days a week by the end of his first 100 days in office, restating his original goal after his administration came under fire when aides said schools would be considered open if they held in-person learning just one day a week.

Biden's comments, during a CNN town hall in Milwaukee, marked his clearest statement yet on school reopenings. Biden had pledged in December to reopen “the majority of our schools” in his first 100 days but has since faced increasing questions about how he would define and achieve that goal, with school districts operating under a patchwork of different virtual and in-person learning arrangements nationwide.

“I said open a majority of schools in K through eighth grade, because they’re the easiest to open, the most needed to be open in terms of the impact on children and families having to stay home," Biden said.

He said comments by White House press secretary Jen Psaki earlier this month that one day a week of in-person learning would meet his goal were “a mistake in the communication.”

Asked when the nation would see kindergarten through eighth grades back to in-person learning five days a week, Biden said, “We’ll be close to that at the end of the first 100 days.” He said he expected many schools would push to stay open through the summer, but suggested reopening would take longer for high schools due to a higher risk of contagion among older students.

The town hall touched on a range of issues related to the coronavirus, from protections for small businesses to the administration's vaccination plans. Biden said that by the end of July there would be 600 million doses of the vaccine available, enough to vaccinate every American.

The town hall was aimed at selling his $1.9 trillion coronavirus aid package directly to the American people, part of an effort designed in part to put pressure on Republican lawmakers and refocus Congress on speedy passage of the bill now that his predecessor's impeachment trial is behind him.

RELATED: Will the third stimulus check be $1,400? Here's the latest on the COVID relief bill

Biden underscored how much he wants to move beyond Donald Trump on Tuesday night, repeatedly refusing to talk about the former president.

Biden stressed at the town hall that the massive spending bill already has broad public support. The House is expected to vote on the measure next week.

“The vast majority of the American people like what they see in this package," Psaki said as she previewed Biden's sales effort. She added that the support in opinion polls “should be noted by members of Congress as they consider whether they’re going to vote for it or not."

Biden landed on a slick, snow-covered tarmac to below-freezing weather about 90 minutes before the evening program. He took questions from a small audience of Democrats, Republicans and independents invited for a small, socially distant gathering at the historic Pabst Theater.

Biden’s trip to Wisconsin, a political battleground state he narrowly won last November, comes as coronavirus infection rates and deaths are falling after the nation endured the two deadliest months so far of the pandemic. The White House is also reporting an increase in the administration of vaccines throughout the country after a slow start.

But Biden has stressed that the nation still has a long road ahead as thousands of Americans die each day in the worst U.S. public health crisis in a century. The virus has killed more than 485,000, and newly emerging variants are complicating the response effort.

The Biden administration is trying to get enough Americans vaccinated to achieve “herd immunity” and allow life to return to a semblance of normalcy. But it's unclear when the vaccination will be widely accessible to Americans.

Dr. Anthony Fauci, the nation's top infectious disease expert, told CNN prior to the town hall that the general public likely won’t have access to the vaccine until May or June, pushing back earlier estimates that the vaccine would be available to all Americans by April.

Biden's team hopes funding provided in the coronavirus aid bill will help accelerate vaccination production and distribution. His team also argues that the federal government must keep open the spigot of government relief to help people who are suffering economically and to get the country back to pre-pandemic employment levels.

But many GOP lawmakers continue to bristle at the price tag of a package that calls for sending $1,400 checks to most Americans as well as assistance for businesses, schools and homeowners and renters.

“That will help unify our party,” McConnell said. “I don’t think many Republicans are going to be for very many of the things that are coming out of this administration.”

Asked as he left the White House about McConnell's comment, Biden said, “It may unify Republicans, but it will hurt America badly."

Biden has said that going too small with the coronavirus package would be far riskier than going too big.

Biden has mostly stayed close to the White House since taking office nearly a month ago, leaving the D.C. area only for weekend trips to his Delaware home and the Camp David presidential retreat in the Catoctin Mountains in Maryland. In addition to his visit to Milwaukee, Biden is to travel to Michigan on Thursday to visit a Pfizer vaccine manufacturing facility.

In choosing Wisconsin for his first trip, Biden picked one of the most politically divided states to test his pitch that he has the ability to bring the country together after one of the most difficult periods in recent history.