Some 4,000 union members were scheduled to meet at the Augusta Civic Center on May 17 to discuss and then vote on a proposed contract -- and whether to strike. 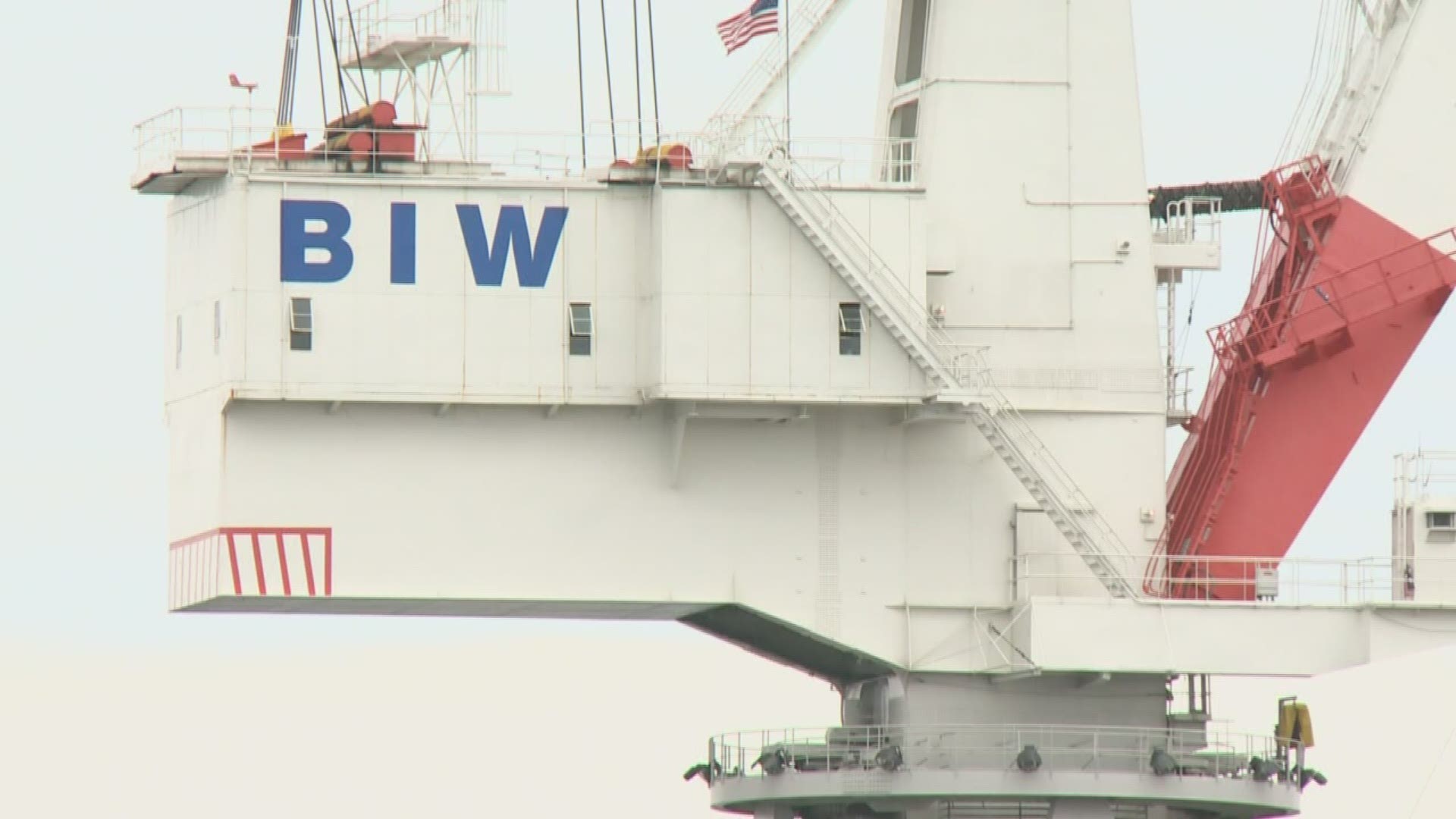 BATH, Maine — As the coronavirus continues to spread throughout the state, Bath Iron Works and its largest union have agreed to a contract extension of just more than a month.

The four-year contract is set to expire on May 17, but will now last until at least June 21, according to Jay Wadleigh, district representative for the International Association of Machinists and Aerospace Workers (IAMAW) District Lodge 4, which includes Local S6 of the Machinists Union, the largest union at BIW.

The two parties will meet and reassess at the beginning of June, Wadleigh said Wednesday.

Local S6 President Chris Wiers previously expressed concern that because of the pandemic, union members would be unable to hold their annual meeting at the Augusta Civic Center prior to voting on the contract -- and on whether or not to strike.

Wiers said previously he isn't sure how the union will disseminate a proposed contract to members and hold discussions.

RELATED: Bath Iron Works union president says after company's response to coronavirus, 'I'd be shocked if there's not a strike.'

Wadleigh said without a mass gathering of that type, "then we'd have to start looking at an alternative. How could we do it by paper? How do members get to ask their questions? How does this affect the timelines? If you're going to go back and forth [negotiating], we want to bring back the best possible [offer]."

Wadleigh said the union hopes members will be able to vote on a new contract by June 21.

Until then, the current contract remains in place. The Memorial Day holiday will be honored, he said, and any raises will be retroactive to May 17, provided a new contract is ratified.

“Working closely with the leadership of the International Association of Machinists and Aerospace Workers District Lodge #4, we are pleased to have reached agreement to extend our current contract until 11:59 on June 21, 2020," BIW said in a statement. "Originally set to expire on May 17, 2020, this extension acknowledges the ongoing challenge related to COVID-19 and the extensive efforts underway by BIW to keep its dedicated workforce safe and healthy while maintaining its critical infrastructure status as defined by DHS.”