3M previously said it has doubled global output of the masks, and expects to double capacity again. 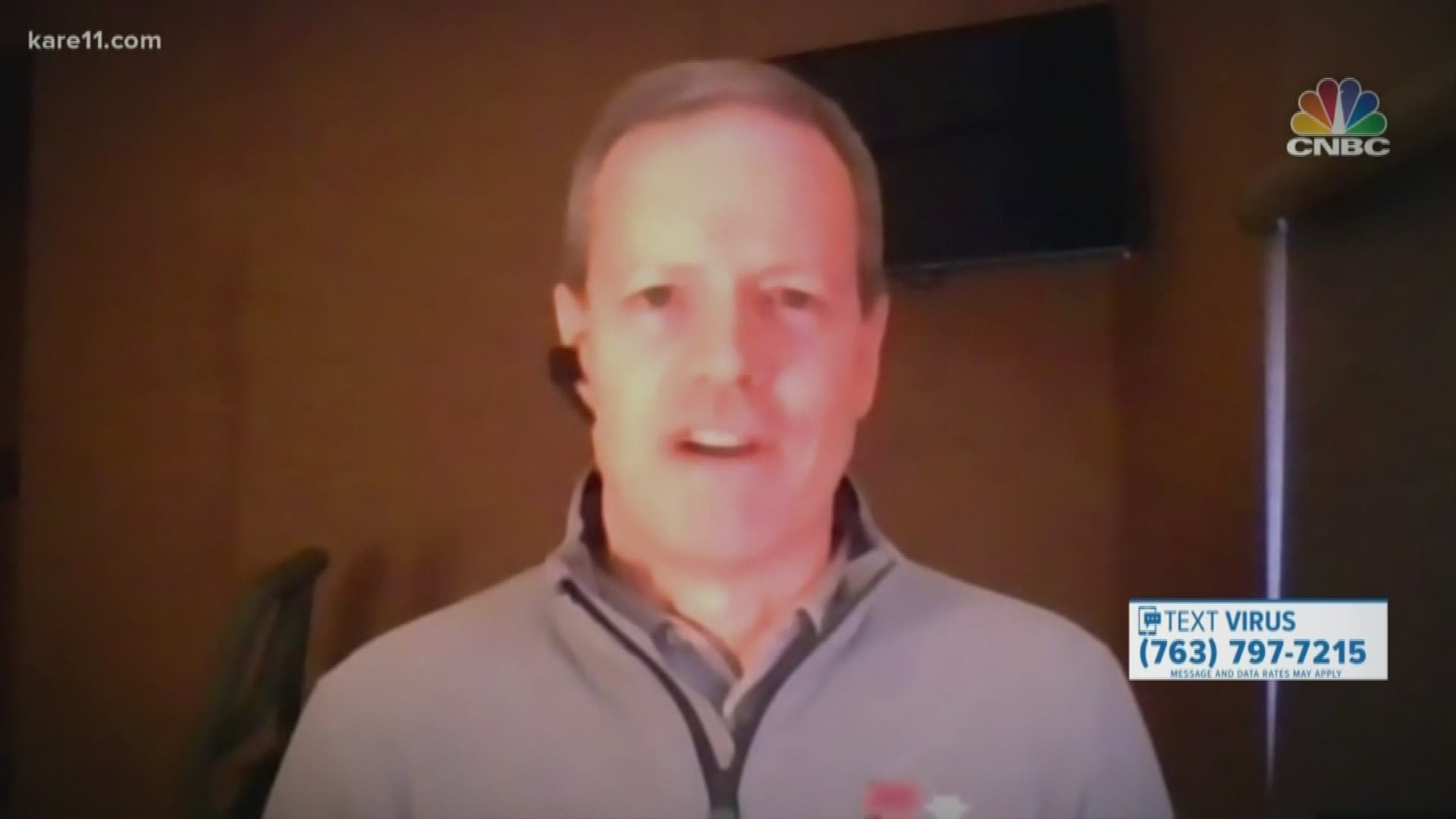 WASHINGTON — Minnesota-based 3M said it looks forward to working with FEMA to provide N95 masks in response to President Donald Trump's announcement that he is invoking his authority under the Defense Production Act, in an attempt to require 3M to distribute its masks only in the U.S. while the coronavirus pandemic unfolds.

According to a Presidential memorandum released by the White House Press Secretary, "The Secretary (of Homeland Security), through the Administrator of the Federal Emergency Management Agency (Administrator), shall use any and all authority available under the Act to acquire, from any appropriate subsidiary or affiliate of 3M Company, the number of N-95 respirators that the Administrator determines to be appropriate."

"We just signed a(n) element of the act against 3M," President Trump said in his daily coronavirus news conference on Thursday afternoon. "Hopefully they will be able to do what they are supposed to do."

According to text of the act as published on the FEMA website, the Defense Production Act gives the President of the United States the authority to control distribution of certain items when "the requirements of the national defense for such material cannot otherwise be met without creating a significant dislocation of the normal distribution of such material in the civilian market to such a degree as to create appreciable hardship."

3M had already said it doubled N95 production when the COVID-19 pandemic began, and plans to double again.

The company responded on Friday to Trump's announcement, saying, "Yesterday, the Administration formally invoked the Defense Production Act (DPA) to require 3M to prioritize orders from the Federal Emergency Management Agency (FEMA) for our N95 respirators. We have been working closely with the Administration to do exactly that, and we appreciate the authorities in the DPA that provide a framework for us to expand even further the work we are doing in response to the global pandemic crisis. We look forward to working with FEMA to implement yesterday’s order."

3M said the Trump administration has requested that they increase the number of respirators they are importing from their overseas operations. Earlier this week, 3M said, they secured approval from China to export 10 million N95 respirators from their plant there to the U.S.

However, in response to a request from the administration to stop exporting respirators to Canada and Latin America, 3M says there are "significant humanitarian implications" to ceasing their supply of respirators to health care workers in those areas.

"In addition, ceasing all export of respirators produced in the United States would likely cause other countries to retaliate and do the same, as some have already done," 3M said in its statement. "If that were to occur, the net number of respirators being made available to the United States would actually decrease. That is the opposite of what we and the Administration, on behalf of the American people, both seek."

3M said it will not raise prices for respirators, and is acting on reports of price gouging and unauthorized reselling of its products.

"We look forward to working closely with the Administration to implement yesterday’s DPA order," the statement concludes. "We will continue to maximize the amount of respirators we can produce on behalf of U.S. healthcare workers, as we have every single day since this crisis began.

3M Chairman and CEO Mike Roman previously outlined the company's plan to ramp up production of its N95 respirators.

"We’ve already put into motion additional investments and actions that will enable us to double our capacity once again, to 2 billion globally within the next 12 months – and some of that additional capacity will begin to come online in the next 60-90 days. In the United States, we expect to be producing N95 respirators at a rate of 50 million per month in June, a 40% increase from current levels," Roman said in a 3M blog post published on Tuesday.

N95 respirators are widely considered to be among the most important personal protective equipment for medical professionals during the coronavirus pandemic, as the virus primarily spreads through respiratory droplets.

The FDA says "The 'N95' designation means that when subjected to careful testing, the respirator blocks at least 95 percent of very small (0.3 micron) test particles. If properly fitted, the filtration capabilities of N95 respirators exceed those of face masks. However, even a properly fitted N95 respirator does not completely eliminate the risk of illness or death."

RELATED: Medtronic, 3M step up production in response to coronavirus

Additionally, President Trump on Thursday also invoked the Defense Production Act to "facilitate the supply of materials" to six companies that manufacture ventilators, including Medtronic.

RELATED: Doctor given N95 face masks by Minnesota trooper who pulled her over for speeding

Minnesota Gov. Tim Walz responded to the order on Friday, saying it's "a concern," but his team is still trying to assess what it means for Minnesota.

KARE 11’s coverage of the coronavirus is rooted in Facts, not Fear. Visit kare11.com/coronavirus for comprehensive coverage, find out what you need to know about the Midwest specifically, learn more about the symptoms, and see what companies in Minnesota are hiring. Have a question? Text it to us at 763-797-7215. And get the latest coronavirus updates sent right to your inbox every morning. Subscribe to the KARE 11 Sunrise newsletter here. Help local families in need: www.kare11.com/give11.

More information on the coronavirus: