1,390 COVID cases have been reported in Maine schools as of Sept. 15, says Maine DOE

According to the report, 44 Maine schools are experiencing COVID outbreaks. Caribou High School has reported 35 cases -- more than any other school in the state. 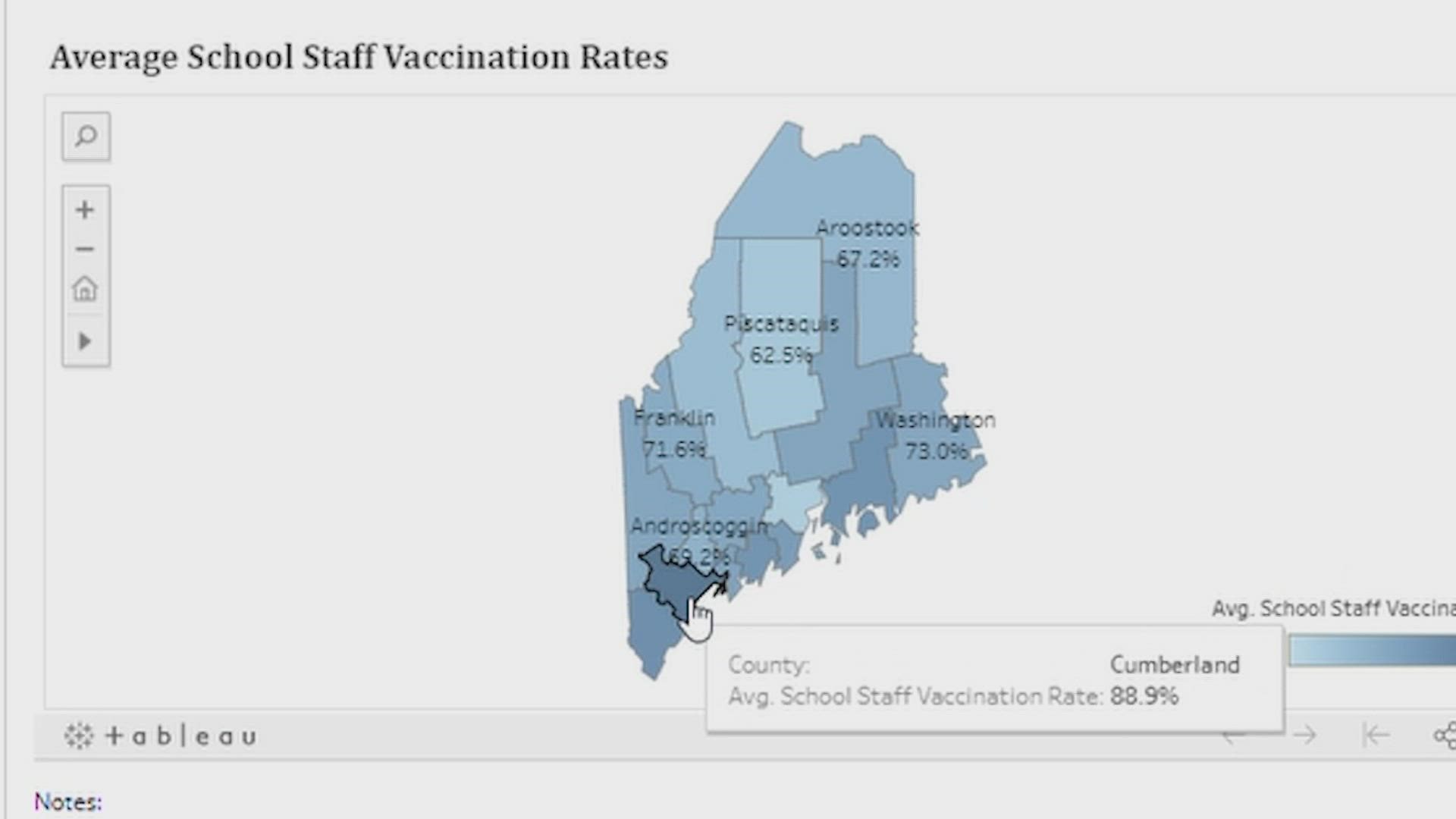 The Maine Department of Education (Maine DOE) on Friday released a report showing the number of COVID-19 cases in Maine schools that have been reported to the state as of Sept. 15, 2021.

In total, 1,390 cases in schools have been reported to the state since the school year began. The data shows cases reported over the past 30 days.

Schools experiencing outbreaks are labeled orange on the Maine DOE's report and those that are not in outbreak status are labeled blue. The report will be updated at 4 p.m. every Thursday with data as of 3 p.m. the previous day, according to the Maine DOE.

The Maine Center for Disease Control and Prevention (Maine CDC) opens an outbreak investigation at a school after detecting three or more epidemiologically linked, confirmed cases among people in different households during a 14-day period. An outbreak investigation is closed when there has not been a new case associated with the school for 14 days.

No other schools have reported 30 or more cases. Hampden Academy, Mildred L. Day School, and Piscataquis Community Elementary School are all in the 20s.

According to the Maine DOE, the data include in the report are based on cases reported to Maine schools through a form for school-related cases, including students and staff. Not all cases have been confirmed by the Maine CDC at the time the report is issued.

Schools that are not listed have not reported any cases over the past 30 days.

Click here to view the report from the Maine DOE.

In an interview with NEWS CENTER Maine on Sept. 8, Maine DOE Commissioner Pender Makin said she expects all schools to follow the U.S. CDC guidance that calls for universal masking in school buildings regardless of vaccination status.

When asked if the DOE is considering asking for a mask mandate that aligns with the U.S. CDC guidance for schools, Makin referenced that guidance.

"We're making sure schools have the information and guidance they need," said Makin. "That guidance is unequivocal in that they're saying that there should be universal indoor masks worn by all people in a school setting right now, particularly during this surge, so I think that's where we stand."

RELATED: More than 1 in 4 new COVID-19 cases in Maine are kids and teenagers

Enforcement of mask-wearing is at the local level. Some districts have voted to make masks optional.

"There is the universal, absolute expectation that schools are implementing universal masking," Makin said.

That expectation is not a mandate or requirement.

"It is an expectation because public health officials know what is safe and healthy for students," Makin said. "It's one of the primary responsibilities of school boards and superintendents and schools, in general, to ensure the safety of students and staff throughout the school day."

Makin said the DOE is not the entity that would enforce the U.S. CDC guidance.