While there are reports the price of lobster has dropped significantly in New England, it appears whole sale prices in Maine are just slightly lower or average. 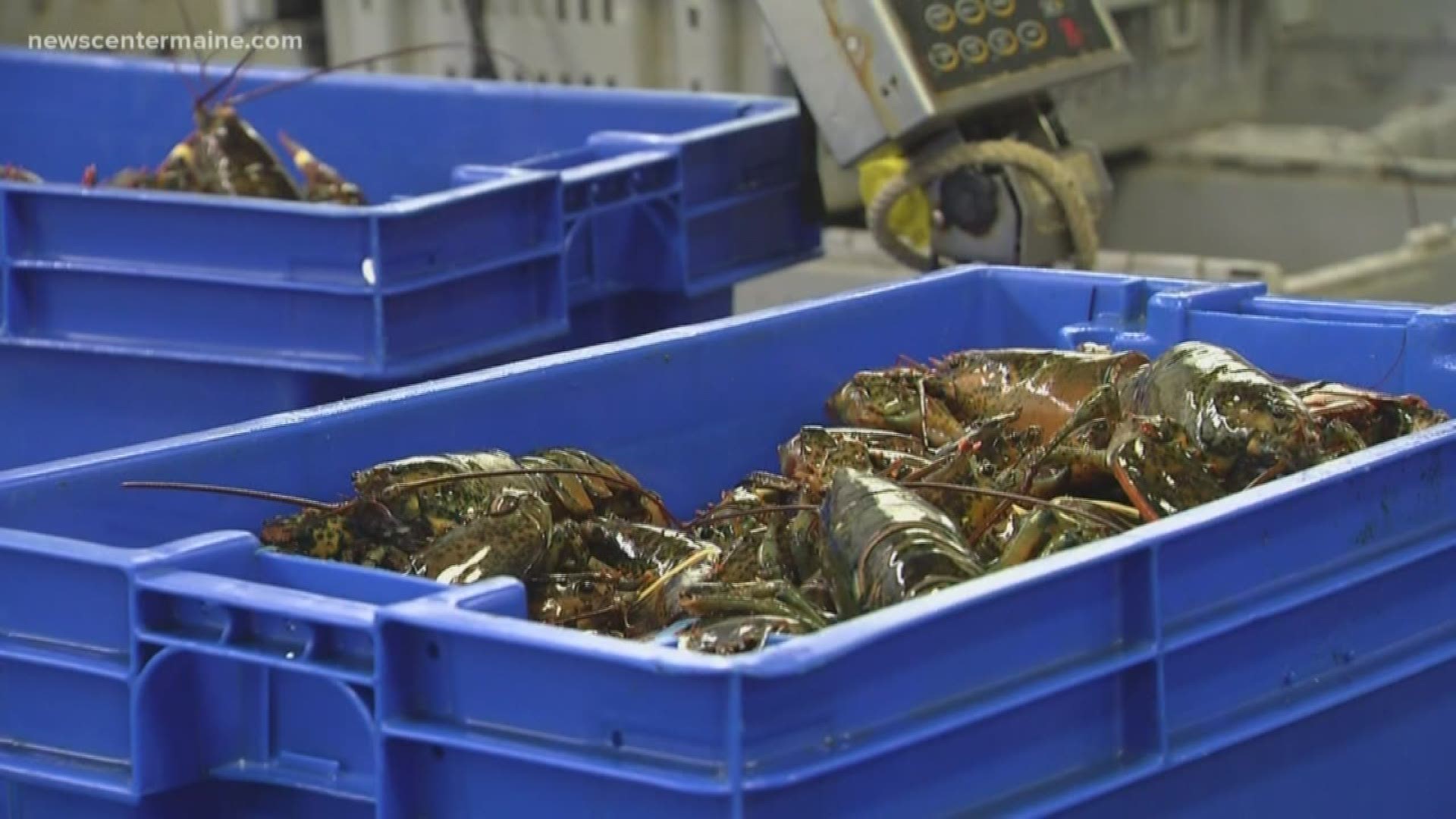 PORTLAND, Maine — The coronavirus is having all kinds of ripple effects. It's even affecting the price of lobster in the United States.

According to Bloomberg News, "prices for New England halves -- a whole lobster weighing 1.5 pounds -- have tumbled 17% since January 20th."

This is because the demand for lobster in Asia has declined as people stay home, avoiding restaurants, because of the coronavirus.

Executive Director of the Maine Lobster Marketing Collaboration Marianne LaCroix says, "When there is a slowdown both in dining out and in shipping in markets outside the U.S., that could cause disruptions in the supply chain."

Since China slapped a tariff on U.S. lobster in 2018, Canada has emerged as the largest lobster exporter in China.

RELATED: US lobstermen may see relief from steep Chinese tariffs

According to Bloomberg News, with low demand for lobster in China, those Canadian lobsters are now flooding the U.S. and causing the price of the crustacean to drop here.

LaCroix says, "We're definitely keeping an eye on it. We're tracking the progress of the situation as well as its effect on commerce."

While Bloomberg News reports a significant drop in prices around New England, the dozen local sellers NEWS CENTER Maine spoke with say the price of lobster here is just slightly lower, if not average.

The price of lobster in Maine is generally higher in March, and this time of year overall, because it isn't peak lobstering season.

LaCroix says, "The important thing to note is this is our slow season. Our peak season is in the summer and fall so we don't have our processing facilities open right now. We don't have a lot of fishermen out fishing for lobsters. The impact isn't great to the lobster industry right now."

RELATED: Maine lobster catch down in 2019, but value stayed high