Confirmed case of rabies in Waterville

The city of Waterville wrote on Facebook that it had a rabies-positive raccoon. A wildlife rescue center shares the sign an animal may be rabid. 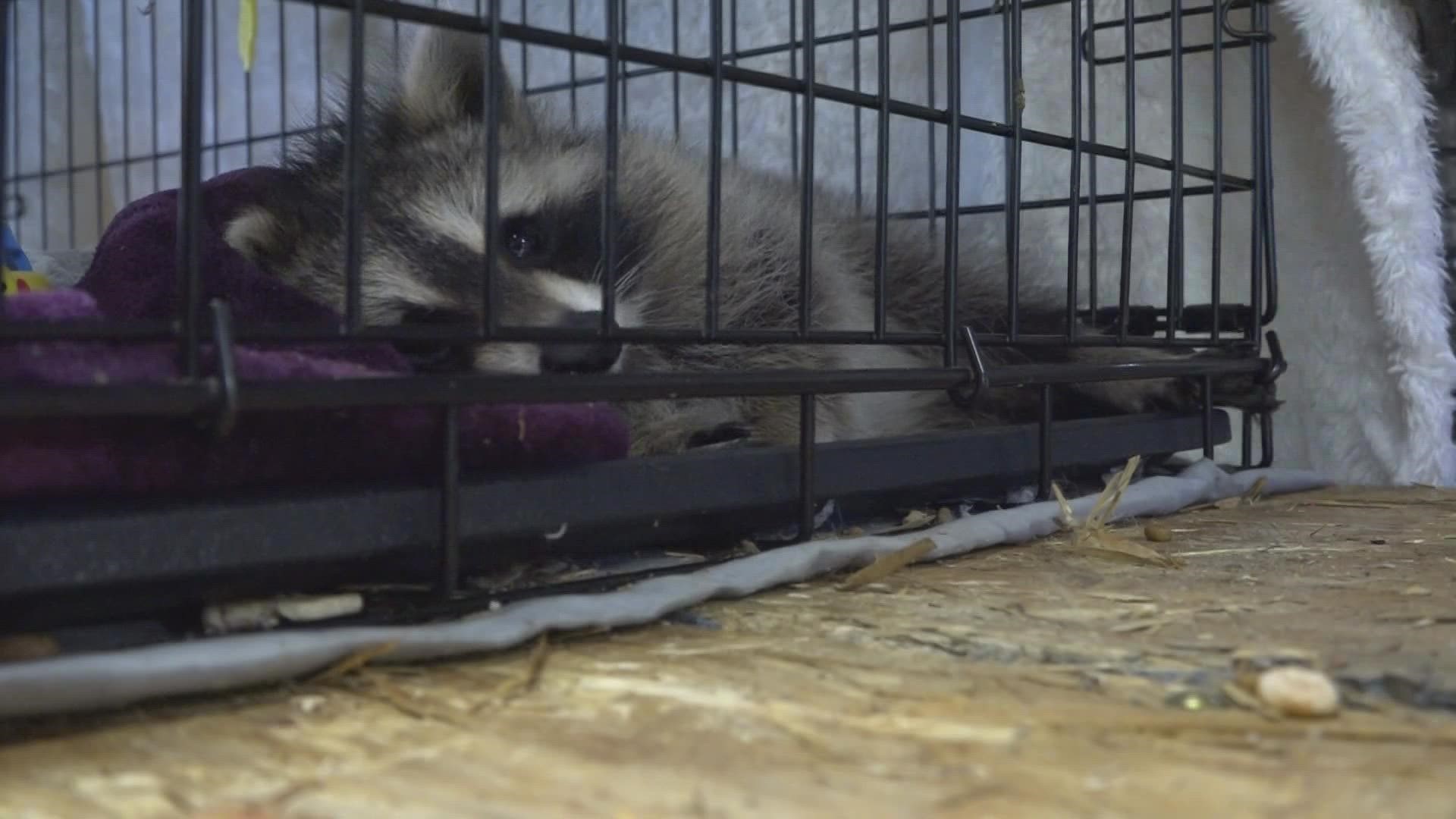 WATERVILLE, Maine — There is a confirmed rabies case in a raccoon in Waterville and wildlife experts say they have gotten calls on at least one other animal in that area.

Kathi McCue owns Wilderness Miracles Wildlife Rehab in Bowdoin. She takes in wild animals for up to six months to help them recover from injuries or illnesses.

"Our sole goal is to get them back out in the wild as quick as we can," McCue said.

Earlier this week, she took a call about potentially rabid raccoons.

"I've received two raccoons the last one was just tested positive for rabies, they're coming in with different symptoms. It's kinda hard to know at first," she said.

McCue added that animals with rabies can have a variety of symptoms including:

The city of Waterville confirms a positive case of rabies. Today I spoke to the owner of a wildlife rehab who monitors animals who might be rabid. Details at 6 on #NEWSCENTERMaine pic.twitter.com/bKbNGxgpnw

While there has been at least one confirmed case in Waterville, McCue told NEWS CENTER Maine that does not mean cases will stay in that area.

"I think it goes in different pockets every year it does in a different place. One year was Bath, one year was Brunswick now it's just going a little north," she said.

If you come in contact with an animal that might be rabid, experts say not to waste any time.

"First thing is to report it and go to the hospital. It needs to be euthanized and tested right away, but you need to go get help right away. because it's not curable for us," McCue said.

The CDC says in order to prevent rabies, stay away from wild animals and vaccinate your pets against the virus. To report human exposure to rabies visit maine.gov/DHHS/rabies.

Posted by City of Waterville, Maine on Thursday, September 16, 2021