Parents say Madison Charland in Portland is going through rounds of chemotherapy like a champ. 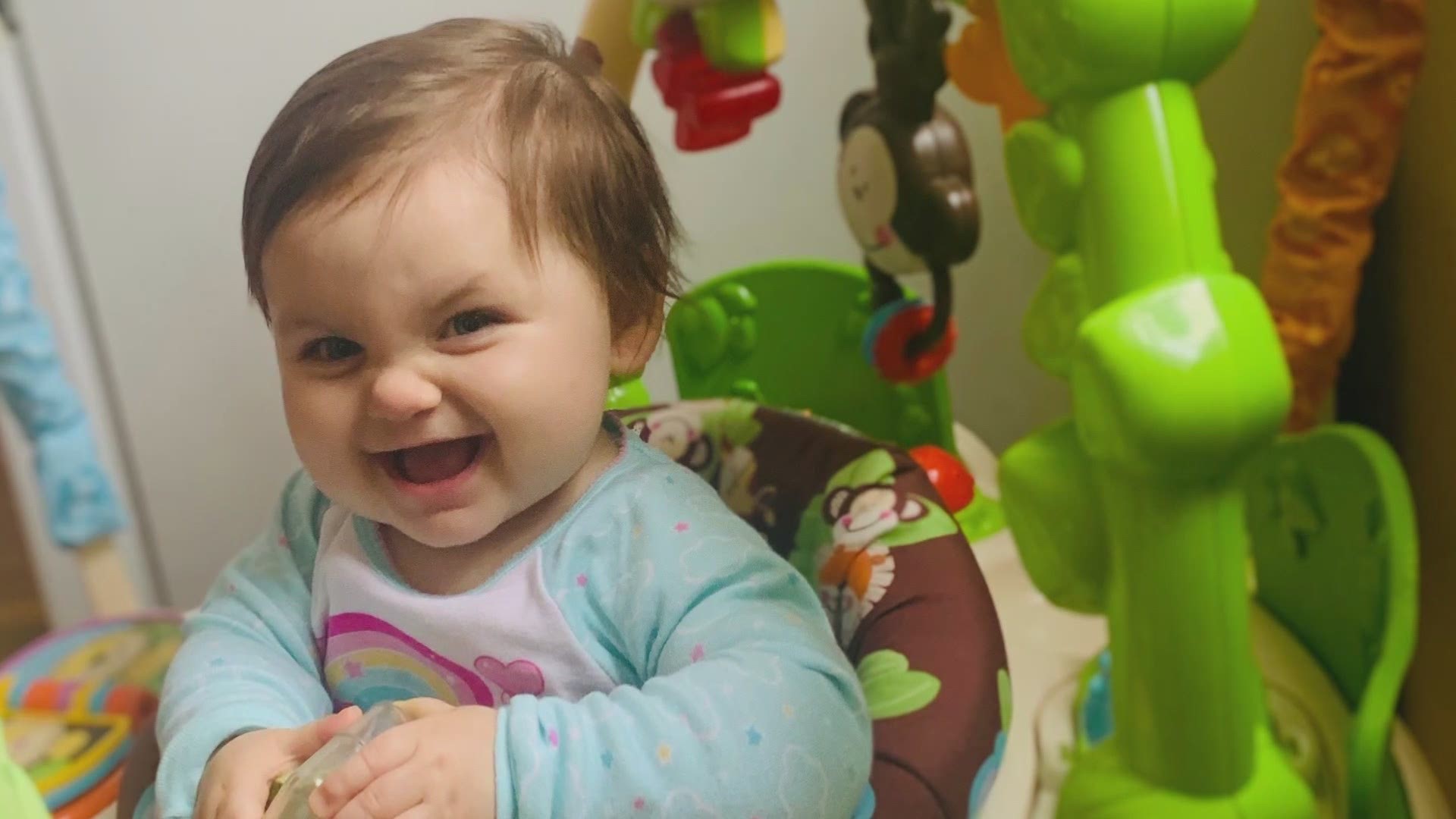 PORTLAND, Maine — Loved ones to strangers are rallying around an 11-month-old girl who is in the fight of her lifetime.

Madison Charland has acute lymphoblastic leukemia, a blood cancer that affects the white blood cells. It's one of the most common cancers in children, though it's more difficult to treat in babies who have developing immune systems.

But her family says Madison is getting through multiple rounds of chemotherapy like a trouper.

Sherri Charland says it all started back in mid-March when her daughter broke out in a rash on her ankles and arms. She was also pale and lethargic.

"She was really irritable and extra tired and didn't want to be on her stomach," Sherri said.

Thinking it was a viral infection Sherri took Madison to her pediatrician.

But after an exam, the then 10-month-old was sent to Maine Medical Center.

Following a battery of tests and blood work, a pediatric oncologist told the family it was cancer.

The most common type of childhood cancer makes some white blood cells cancerous, but for children under the age of one, it requires aggressive treatment.

At Barbara Bush Children's Hospital, Madison receives continuous chemotherapy through a port in her chest and spinal injections weekly.

"They have to hit hard with the chemo, but she is actually a strong baby. She is unbelievable and she has been taking chemo like a champ," Sherri said.

"This was my goal: Just focus on Madison. Don't worry about anything financial. We'll take care of that stuff," Jeremy said.

"It's so amazing. People I don't even know are donating. They just care about us so much," Sherri said with tears in her eyes.

In less than two weeks, doctors will analyze Madison's bone marrow. They want to see if the chemo has killed cancerous cells which could put the disease in remission. Madison still faces up to two and half years of treatment.

"It's going to be one step of a long marathon for us, but we are going to make it to that finish line," Eric Charland, Madison's dad said.

The prayers and encouragement are helping this family stay strong for their baby girl, fighting for her life way too soon.

Jeremy Moreau can also be contacted through his Facebook page.