Colon cancer on the rise in younger patients

The disease took the life of actor Chadwick Boseman, who died at 43. Experts say his death could bring more awareness about younger patients at risk. 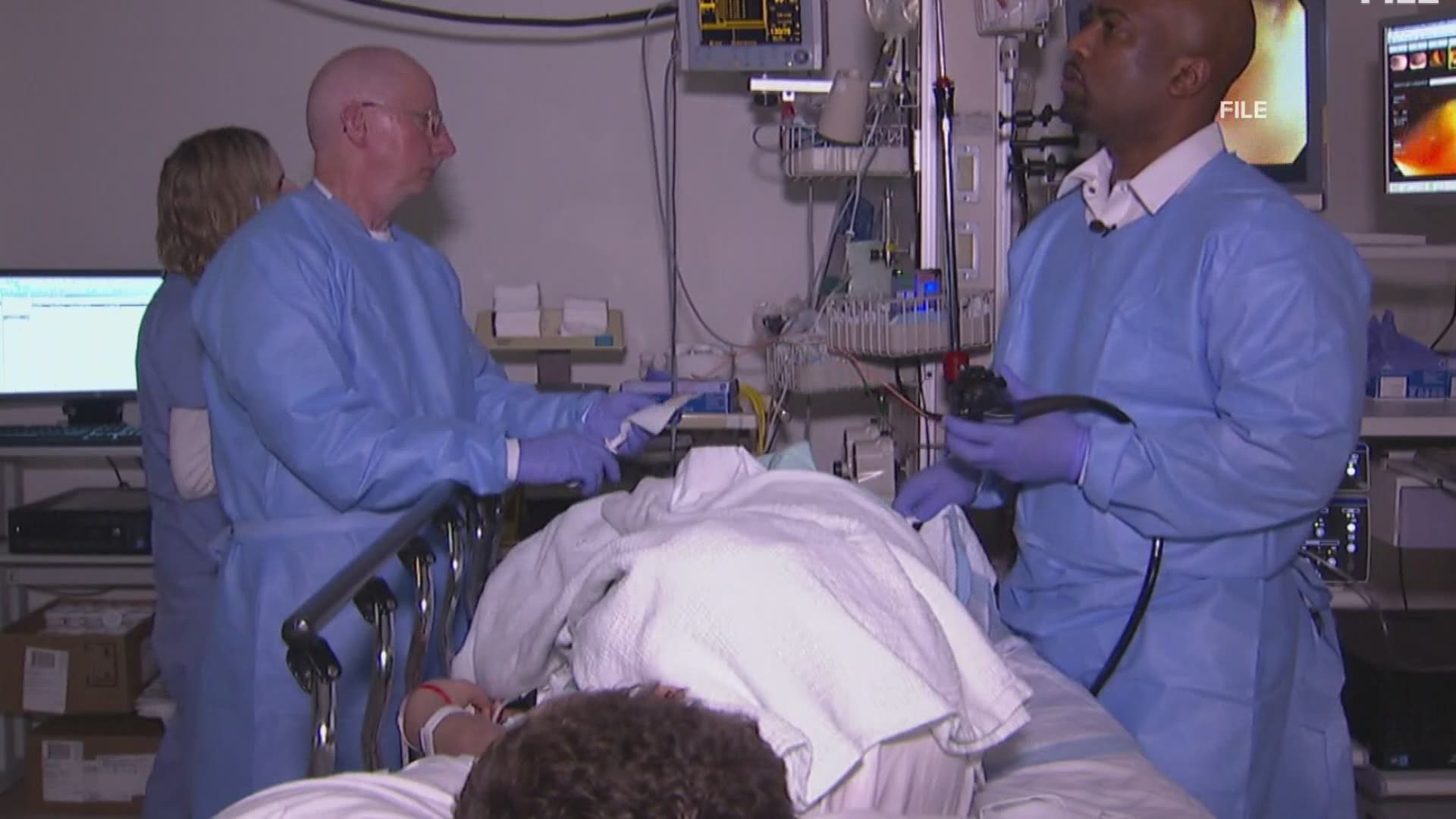 "It felt like someone had kicked me from the inside and I could feel a lump where my colon was," Carmichael remembered.

She convinced her doctor to do a colonoscopy, an exam used to detect changes or abnormalities in the large intestine and rectum.

That pain turned out to be advanced colon cancer, stage four. The mother of two young girls was just 37. She had no family history and was not considered at risk for the disease. At that time, in 2007, she was given a ten percent chance of survival in five years.

'"It's a miracle that I am alive, I wasn't expected to live," Carmichael said.

She went through 12 rounds of chemotherapy and surgery to remove the cancer that had spread to her liver. This all took place following a devastating loss just a few years earlier. Her son Mitchell passed away due to an unexpected complication 27 hours after he was born.

"Mitchell's life had value because it created value for me to be able to face cancer and be able to survive it," Carmichael said.

Dr. Matt Dugan is a medical oncologist who practices at New England Cancer Specialists. He says if colon cancer is detected and treated at its earliest stage, the five-year survival rate is 90 percent. But there is a concerning trend, the number of colon cancer patients younger than 45 is steadily increasing.

45 is the age the American Cancer Society recommends people without any risk factors should get their first colonoscopy.

"It's a very routine day for me to see patients in their late thirties or early forties with colorectal cancer, very common in 2020," Dr. Dugan said.

Dr. Dugan says screenings for many of his patients were delayed for months because of the COVID-19 pandemic. When those exams were finally done this summer, a number turned out to be later-stage cancers.

Oncologists say potential symptoms include stomach pain, cramps, and rectal bleeding. Telling your doctor about any close family members who had the disease is key because it could make screening available at a younger age.

"If you have a first-degree relative who has had colorectal cancer this screening age actually rolls back ten years from the age of that relative," Dr. Dugan said.

Doctors haven't pinpointed the reasons for the increase in younger patients. However, there is a promising new treatment called immunotherapy, which uses a person's own immune system to better recognize and destroy cancer cells.

Carmichael, meanwhile, is 13 years cancer free. Part of her journey included volunteering to raise awareness about colon cancer and support cancer survivors. She recommends that patients listen to their bodies and talk to their doctors if they are experiencing symptoms.

"Keeping pushing. If I hadn't kept pushing who knows where I would have landed," she said.

For more information on colorectal cancer from the American Cancer Society, click here.

The Centers for Disease Control and Prevention also has screening guidelines for colorectal cancer.