Choosing which inmates to release amid COVID-19

Maine jails and prisons could become a breeding ground for COVID-19 and that could have devastating affects on inmates and the community. 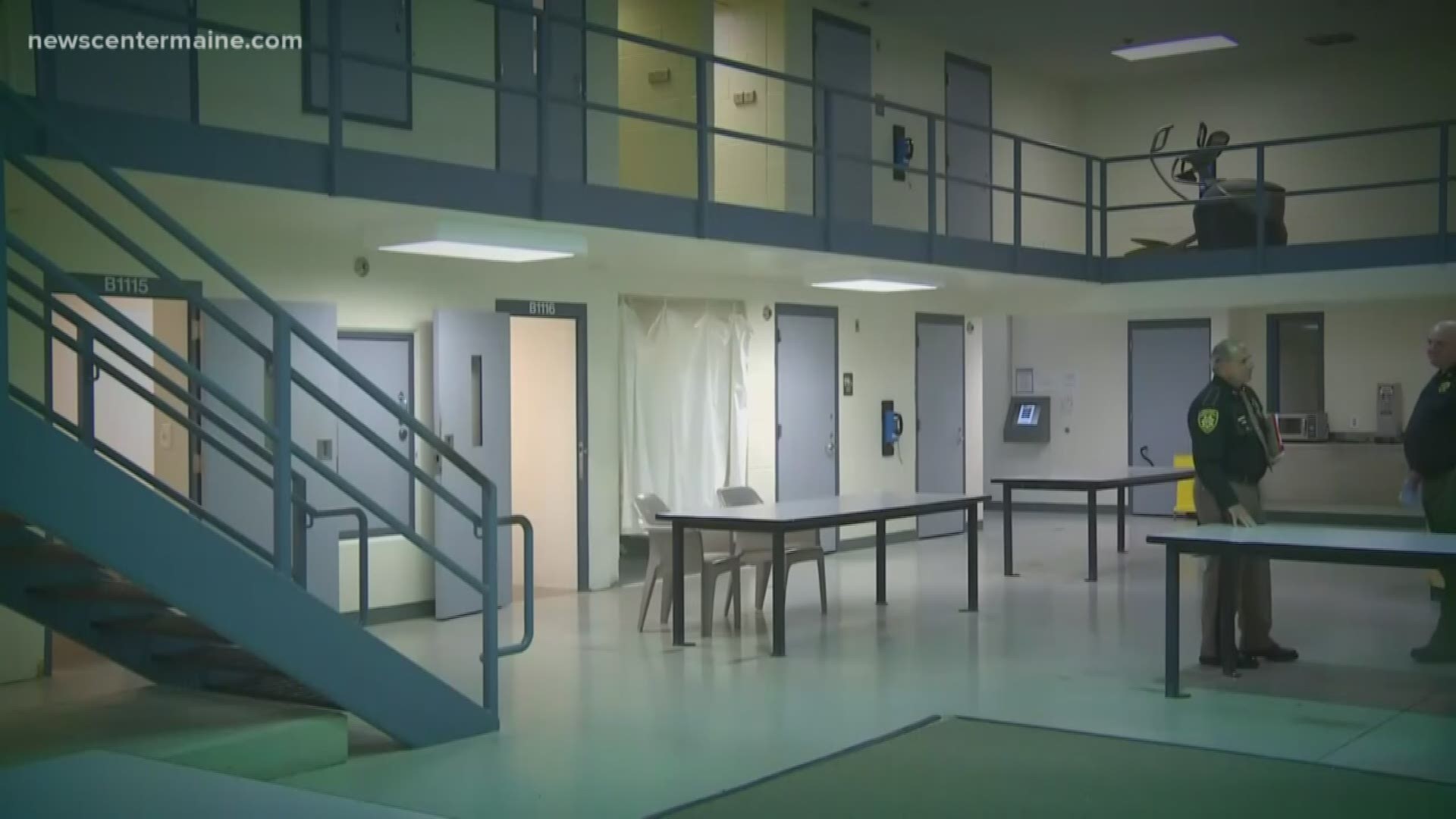 MAINE, USA — An inmate at the Cumberland County Jail who was tested for COVID-19 tested negative for the coronavirus.

That is welcome news because as COVID-19 continues to spread throughout Maine, there is growing concern about the virus getting into the state's jails and prisons.

As of now, there are no confirmed cases in those facilities -- and state officials want to keep it that way.

If any one of Maine's jails or prisons becomes a breeding ground for COVID-19, it will not only impact the inmates but the staff, their families and the entire community.

It's why law enforcement, the courts, defense attorneys, sheriffs, and the Department of Corrections are working to reduce the number of people who are behind bars. One step being taken is to re-examine the bail of people in custody. And deciding who is or isn't a threat to public safety.

They all know the confined spaces and close quarters at jails and prisons make inmates, many of them with medical conditions, vulnerable to Covid-19.

In hopes of preventing an outbreak efforts are being made to reduce the inmate population.

Sahrbeck says Maine's judicial system has basically shut down except for in-custody arraignments and motions to amend bail.

"We had to take drastic steps to protect people's due process rights but also recognize public safety."

Sahrbeck says so far there have been about 60 people who are out of jail after having had their bail amended.

"Some cases we've agreed to home confinement as opposed to someone being held in jail, other times we have agreed to lower bail."

Peter Cyr is a defense attorney in Maine fighting to get his clients out of jail.

"We're trying to get our people out on bail especially when we're talking about individuals who are not charged with violent crimes," Cyr said.

Cyr, in court today, asked a judge to amend the bail of his client John Aboda. Aboda is charged with two counts of terrorizing, one count of domestic violence terrorizing and three counts of violating conditions of release.

"We'll be objecting to that motion to amend bail and make arguments in court," Sahrbeck said.

On Wednesday, however, a judge agreed to release Aboda and place him under house arrest.

The judge, Justice Mary Gay Kennedy, did deny reduced bail releases for two other people facing felony domestic violence and gross sexual assault charges as well another for drug possession. But she did grant it for James Osborne, who is facing robbery and aggravated assault charges. He'll also be released under house arrest.

Sarhbeck says people inside the jail need to be protected, but so do people on the outside.

"We don't have a concern with people coming forward and exercising their constitutional rights. We do have concerns if bail is adjusted in a way that does not protect public safety."

They are using video arraignment and for the first time in Joyce's career; he has released about 10 inmates from the Community Corrections Center. mostly work release, who had less than three months to go their sentence.

About a week ago the number of inmates at the jail was about 400 people but with all of the efforts being made by multiple agencies, that number is now down to about 311.

89 of those inmates are being housed for other counties or are Federal Inmates, so Sheriff Joyce says they don't have authority over releasing those inmates.

RELATED: How to manage coronavirus-related stress and anxiety

RELATED: How a deadly crash is linked to a shortage of corrections officers at Maine county jails