Caring for an aging Maine

Maine is the oldest state in the nation and is aging rapidly. As Maine residents age, elder care facilities are closing because they cannot afford to stay open. 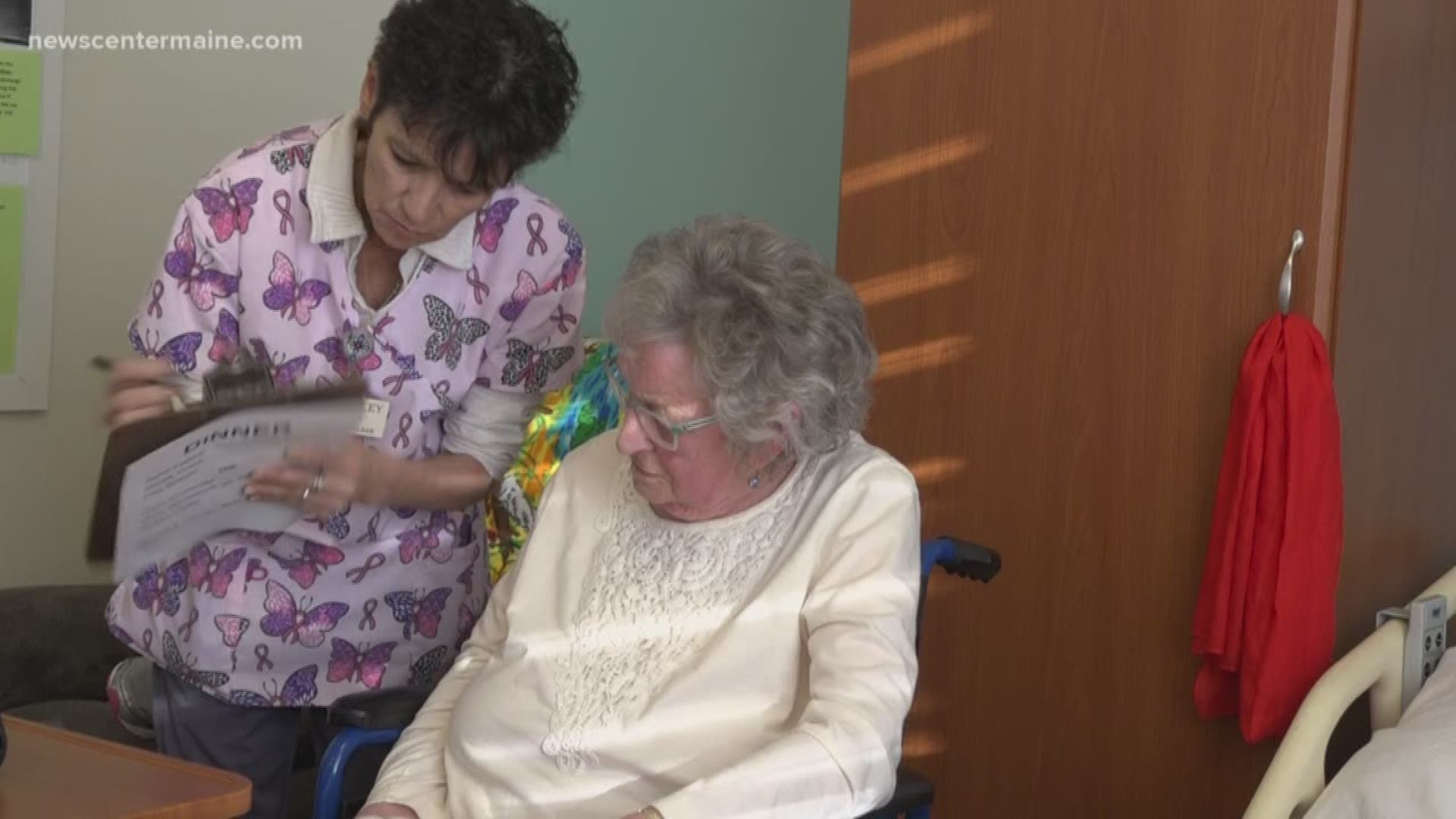 Since 2012 nursing homes have closed in Calais, Frenchville, Lubec, Pittsfield, Winthrop, and Jackman. Just last year, Patten, Jonesport, West Paris and Fryeburg were added to that list. Two others in Brighton and Freeport were sold and turned into assisted living facilities here medical attention is not as available or extensive.

Residents in these facilities were forced to pack up the place they called home and move somewhere else.

"Didn't think it would ever happen," said 85-year-old Amanda Marcoux.

She never thought it would happen to the facility she lived in, Sunrise Care Facility in Jonesport. But it did in June 2018.

"We felt like just bawling our eyes out but there's nothing we can do about it," she said.

Marcoux and many others like her had to move to a new facility and it's not just the moving that's difficult, but getting used to a new place with new people and having to restart things like physical therapy.

It's hard on the family members of residents, too.

"And then, all of a sudden, you're routed out of that," said Marcoux's daughter, TJ Leighton. "You go to a new place, new surroundings, bigger."

What many people are finding out, these facilities are closing because of financial issues.

Rep. Perry represents part of Washington County, which is one of the poorest and oldest counties in the state. Washington County has closed three nursing homes in recent years so the elderly in that area are having to move into facilities away from the place they spent most of their lives.

"Staying as close to home as possible is important for family because family participation is very important in terms of the quality of life," said Perry, who's a former nurse practitioner. "One thing about rural Maine and rural America is the other struggle is isolation and it does affect quality of life the more isolated you are."

Which is why Perry is trying to do something about it. She is about to propose a bill to assist nursing homes.

"It is really on how to hold beds first of all and how to get paid while you do that and also how to increase the number of beds you need as a demand may come up," Perry said.

Perry's bill is still in the works but she is proposing that Medicaid assists nursing homes and assisted living facilities and hold beds for residents that may need to spend some time in a hospital.

"That bed is considered empty by the payer because Medicaid has decided they do not want to pay for a bed at a hospital and a nursing home at the same time," Perry said.

This can make it so the resident doesn't have a home to go back to after their hospital stay.

Perry isn't the only lawmaker hoping to find a solution to this problem.

U.S. Senator Susan Collins is sponsoring a bill to give families an alternative to care facilities which would keep loved ones at home.

The Home Health Payment Innovation Act would require Medicare to adjust reimbursement rates for those being cared for at home.

Leighton is hopeful someone can help our elderly.

"I hope somebody can stand up and focus on our elderly that need to be cared for," she said.

There's a national aging association that makes information about long-term living options. It has created a toolkit and other materials to help people that may have to move from a facility because of a closure.

That information can be found here.