"We missed the second half of her childhood because she is out of state." 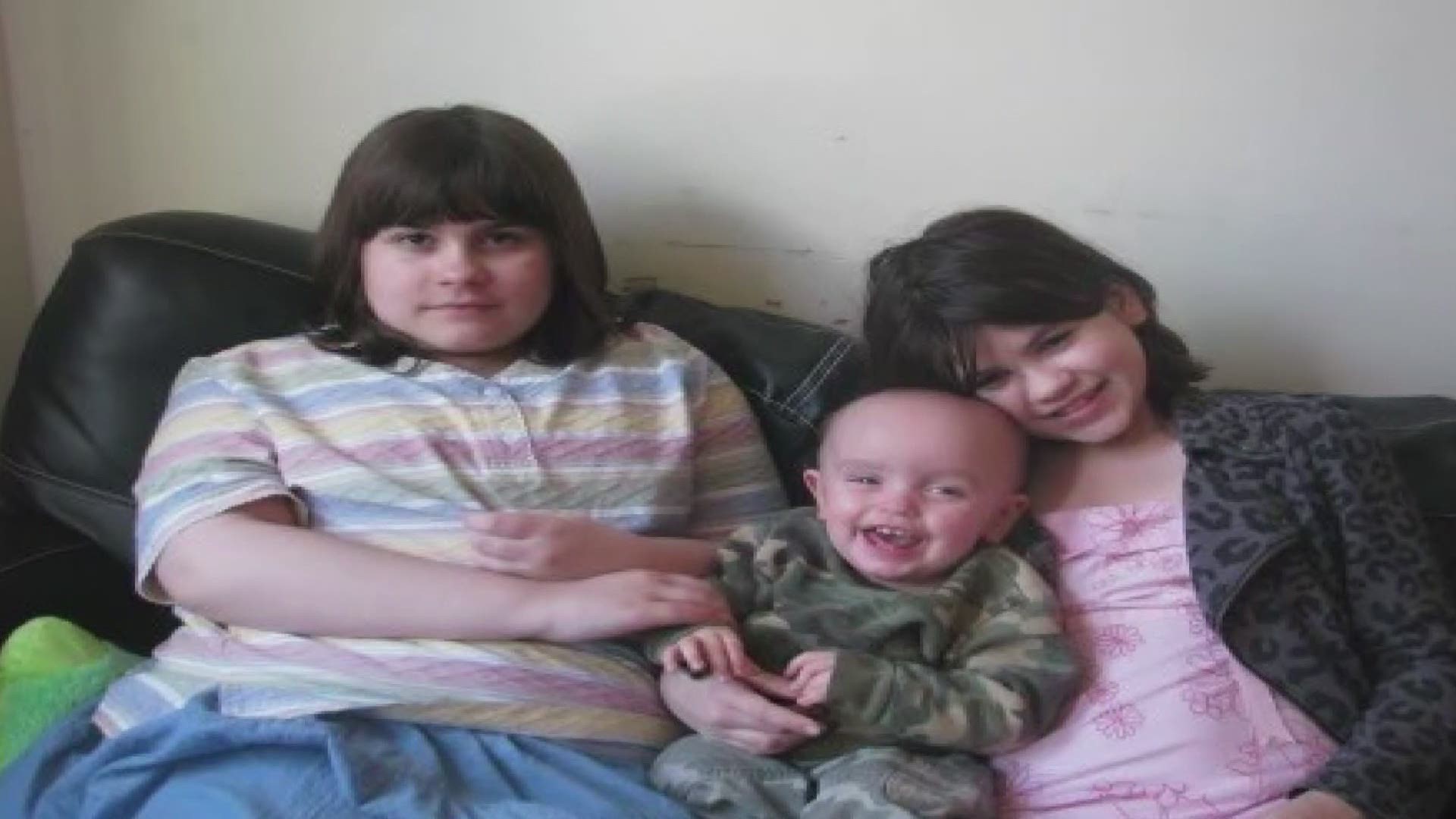 GARDINER, Maine — Recently we told you about the growing number of kids spending days or even weeks in the ER due to Maine's chronic shortage of mental health services.

For years, the only option has been sending these kids out of state for treatment until a pediatric mental health bed opens up here.

Right now, nearly 70 Maine kids are in residential treatment facilities outside the state. While the majority are in New England, some children are as far away as Arkansas.

But lawmakers are considering a bill that would bring these kids home once and for all.

Jennifer Profenno's daughter Rhiannon was only 11 when the family was told the little girl had to go out of state for behavioral health treatment.

"Her aggression and self-injurious behavior was too much for staff here in Maine," Profenno said.

Rhiannon has autism and an intellectual disability. She needed specialized care at a residential treatment facility. Because no beds were available in any of Maine's four hospitals that provide psychiatric treatment for children, Rhiannon was offered a placement in Pennsylvania.

Her family turned it down because it was too far. The 11-year-old ended up in a facility in Manchester, New Hampshire ... closer than Pennsylvania, but still three hours away from her home in Gardiner.

Seven years later, Rhiannon is still living at the treatment facility in New Hampshire, waiting for a bed to open in Maine. Her family is also raising three younger children, which makes traveling back and forth difficult. That has meant spending a number of birthdays and holidays apart.

"She has never been home for Christmas in seven years because of being so far away," Profenno said.

The painful separation has been exacerbated by the pandemic. For more than a year, the family's only connection has been weekly video calls.

According to the Maine Department of Health and Human Services, 68 Maine children live in residential treatment facilities out of state. While the majority are in New England, some children have moved as far away as Arkansas, Utah, and Illinois.

Rep. Lori Gramlich, D-Old Orchard Beach, is a social worker and a longtime advocate for children with mental health needs. She is sponsoring emergency legislation, LD 1173 that would require DHHS to address this crisis.

"Once it gets signed into law, the department will have 30 days to make a plan and present that plan to the legislature to bring those children home once and for all," Gramlich said.

At a public hearing earlier this month before the legislature's Health and Human Services Committee, Dr. Todd Landry, the director of the DHHS Office of Child and Family services testified in opposition to the bill.

Landry said OCFS is already implementing a plan that includes a rate study for MaineCare, the state's version of Medicaid. When finalized, the plan is expected to include a pay increase for providers. The plan also involves developing a psychiatric residential treatment facility for children.

Landry testified that an annual report published in December 2020, outlined the department's efforts that will directly affect factors that lead to a child receiving residential treatment outside of Maine

"My hope is that some of these children or future children would be able to be served in-state instead," Landry testified.

"The number of youth being served out of state are a small percentage of those receiving children’s behavioral health services overall – representing 0.3% of the total. Youth are placed out of state only after all providers within the state have declined placement."

As for Rhiannon, the teenager is transitioning to the state's adult system and is at the top of the list for a mental health bed in Maine. That means she could finally move back home sometime this year.