After soft openings over the weekend, Spa City is the center of the Arkansas medical marijuana universe. 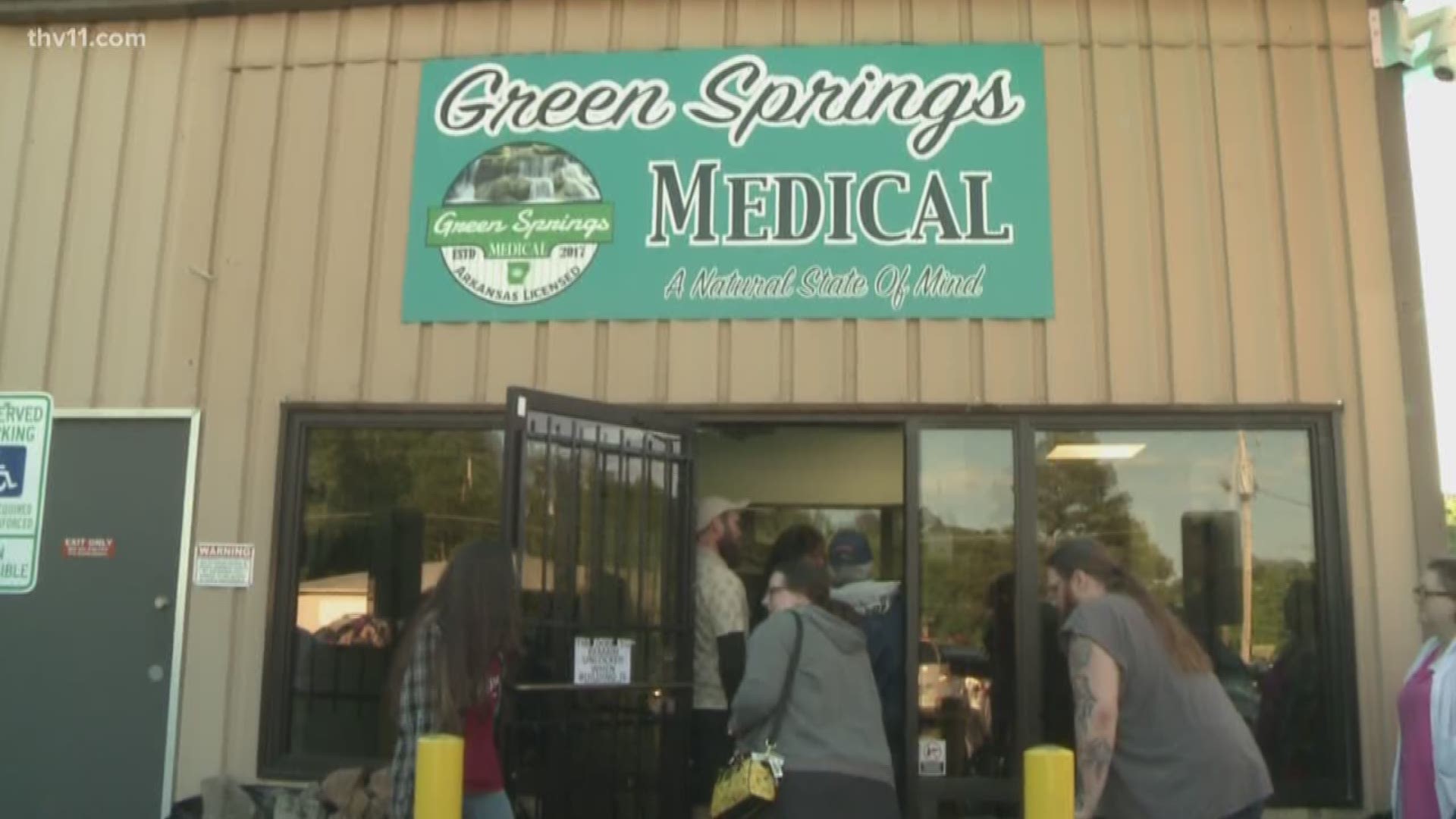 HOT SPRINGS, Ark. — From all corners of the state, they are coming to Hot Springs.

After soft openings over the weekend, Spa City is the center of the medical marijuana universe.

And now, for some, no trip is too far.

“There's no place else open except these couple of places and I've been waiting two and a half years for medication,” said Brian Bankston, who bounded up to the end of a 60-person line at Doctor’s Orders.

He has been paying to get marijuana from Oklahoma while trying to relieve chronic pain. “I've been on opiates for the last 20 years of my life from 51+ broken bones. I'm tired of taking opiates. I don't like taking opiates.”

They started lining up overnight at Green Springs Medical and began letting customers in just after 8 a.m., two hours ahead of schedule Monday and after a soft opening Sunday.

Kathy Farler was among the first dozen through the doors and has been getting by treating her pain. She felt a higher calling for lining up before lighting up this day.

“Yeah It's time to be on the right side of history,” said Farler, who had traveled from Austin, Arkansas, and found kindred spirits in the same line.

“PTSD is a lot of it. A lot of people with PTSD, but people just need help. And they don't want the narcotics that the medical profession is pushing on us.”

Even those that traveled had some sticker shock when they got the prices.
The first crop is limited and so prices are high, but a second cultivator's spent time Monday handing out fliers, promising says more weed is on the way.

Natural State Medicinals promises a crop June 1st. They would Join Bold Team Cultivators of Cotton Plant, in delivering the drug to patients.

Dispensaries in other zones are due to open in about a month as well.
That’s good news for patients like Bankston looking for relief closer to home.