Diane Messer has been battling chronic Lyme disease and her treatment center in Maine didn't have any more options for her, so now she needs to go to Boston. 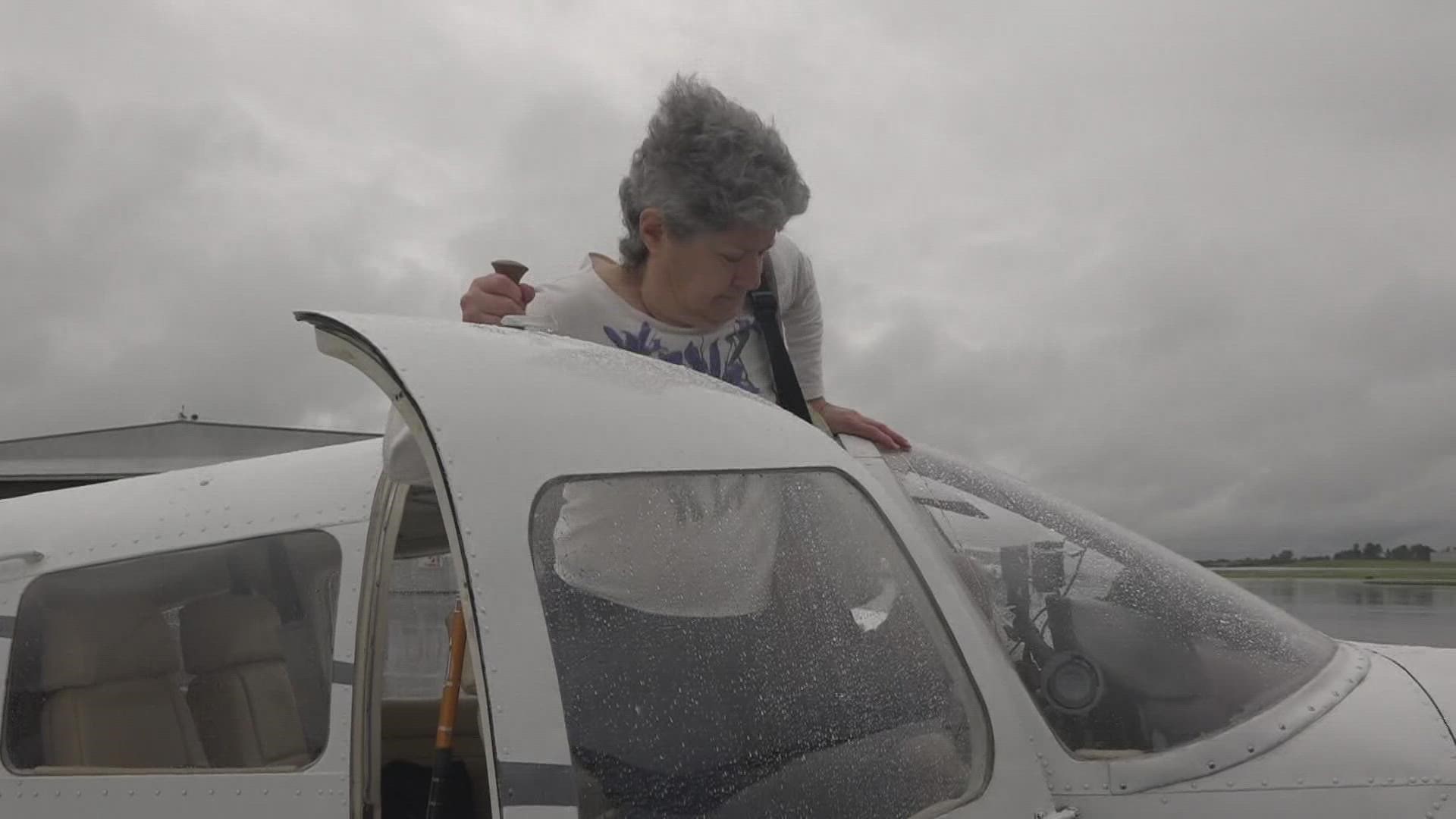 BANGOR, Maine — Angel Flight East is a nonprofit organization that provides free flights for patients in need of medical treatment far from home. This service is provided by a network of volunteer pilots who use their own airplanes and cover all costs of the flight.

Diane Messer, of Blue Hill, is battling chronic Lyme disease. On Thursday, a volunteer pilot from New York picked her up and flew her for free to Jamaica Plain VA Medical Center in Boston where she will receive treatment.

Messer spent 22 years in the Army as a helicopter pilot herself, flying many other people to get essential medical care.

"In this case, I guess I paid it forward. I took a lot of people in Medevac trips, and so I get to take one," Messer said.

Messer said her treatment center in Maine ran out of options for her.

"They finally came to the point in my local treatment in Maine where they said, 'We really don't have a handle on this, we don't know what to do for you, so we are going to send you to Boston,'" Messer explained.

A volunteer pilot using his own airplane is helping a Blue Hill woman fly to Jamaica Plain @DeptVetAffairs Medical Center in Boston for treatment. All thanks to @AngelFlightEast! The story tonight at 5:30 p.m. on @newscentermaine. pic.twitter.com/h0YyGU3zuc

Sitting for hours and hours in a car or bus to Boston was something Messer said would be very painful and difficult with the symptoms she has. Luckily, pilot Michael Steele volunteered his time, aircraft, and fuel to pick Messer up and fly her to Boston.

The act of kindness was arranged by Angel Flight East.

"Just being able to help the people, some of them are going through some really tough medical times, and they've got multiple treatments, and it's really a burden for them," Steele said.

Steele added that he enjoys paying it forward through flying because flying is something he loves.

"I had to get up at 5 o'clock this morning, I left at 7:30. It's about a two and a half hour flight up here, plan in detail the night before, look up the weather," Steele said of his planning for the trip.

Luckily, the trip for Messer is saving her many dollars.

"It was very lucky for me. I got a call in less than a day saying you are approved and we already have a pilot!" she said.

Angel Flight East is based right outside of Philadelphia but covers a 14-state footprint from Virginia to Ohio to Maine. Passengers are just required to be medically stable and ambulatory to board a small airplane.

"There is no limit to the amount of flights someone can take," a spokesperson for the nonprofit told NEWS CENTER Maine. "All of our pilots are required to have 300 hours of flight time, an IFR rating, and access to an airplane with at least 4 seats."

To request a medical flight, you can call 215-358-1900 or request it directly at angelflighteast.org. 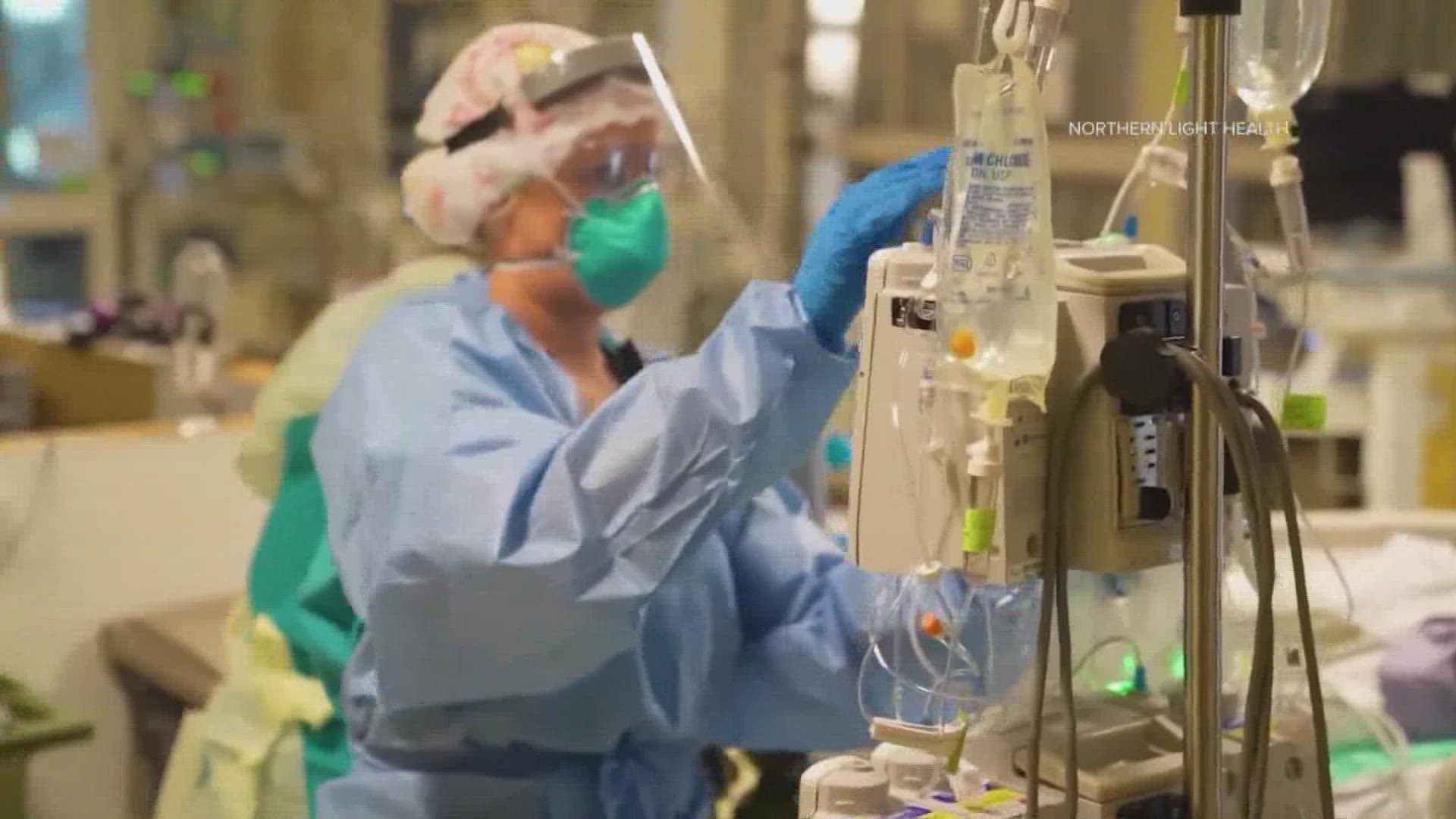 Beal University expands its nursing program to an area in Maine in need of nurses.