Alzheimer's: Breaking through to memory 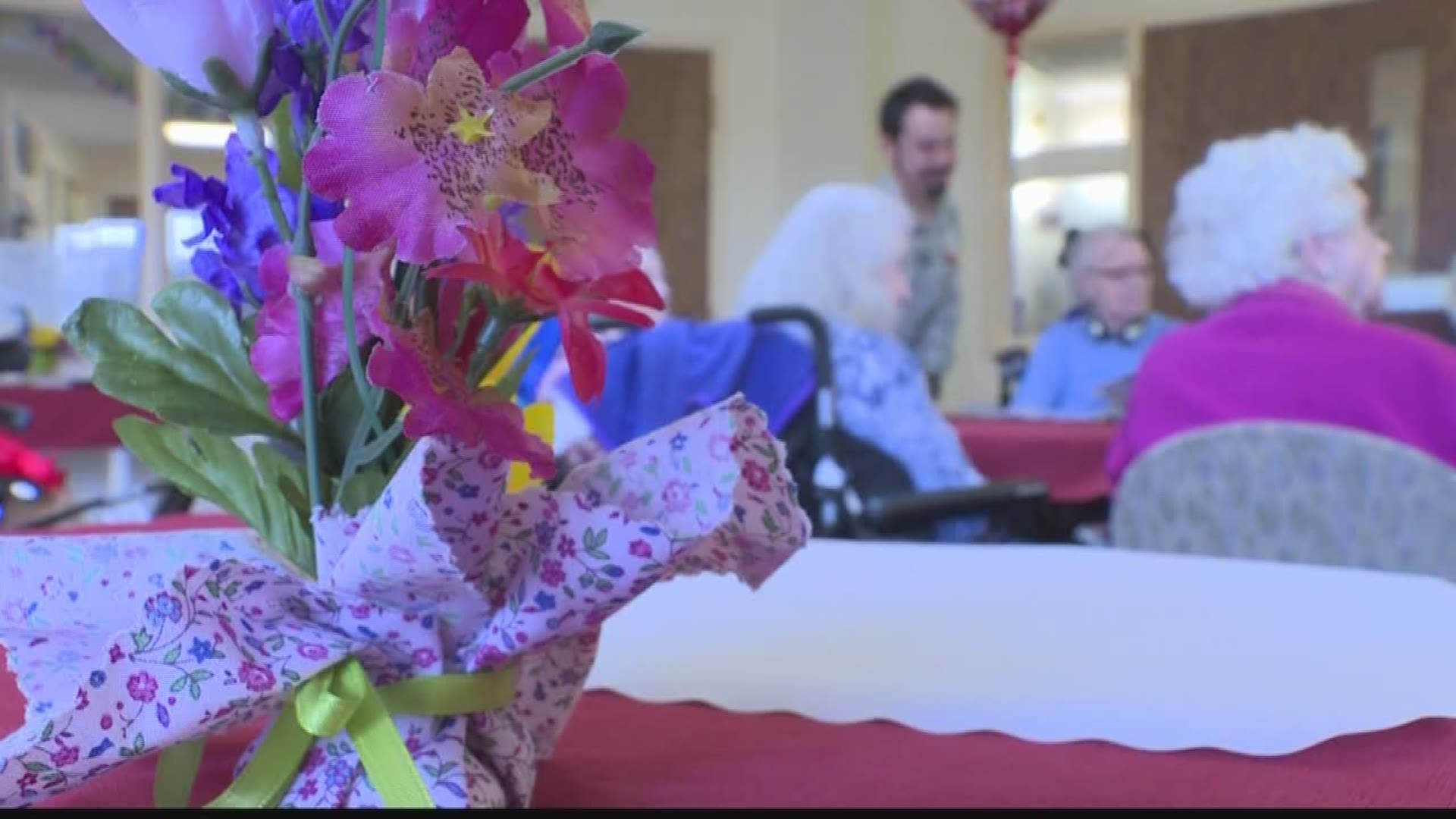 PORTLAND, Maine (NEWS CENTER) — If you've ever been around someone with Alzheimer's disease, you know the frustration of slowly losing that person. The forgetfulness, the confusion, and the same questions asked over and over again.

According to the Alzheimer’s Association, more than five million families across America can understand that frustration. They have a family member or loved one who is living with Alzheimer's, a debilitating disease that attacks the brain.

It's the most common form of dementia — a decline in mental ability severe enough to interfere with daily life. By the year 2050, there could be 16 million Americans with Alzheimer's. And, while much research is being done, there is still no cure.

A Mainer has developed an approach that's a promising comfort to Alzheimer's patients and their caregivers: it's called Memory-Lane.TV, and it's being used on patients at The Cedars in Portland.

It’s a new program that incorporates a multi-sensory approach using audio, video and aromas to tap into places in the brain that hold memories of long ago.

"There's a lot that does not connect well with someone who has dementia or another cognitive impairment, especially as the disease process progresses,” said occupational therapist Nick Viti.

Every time he works with his aging patients, Viti says it's a struggle for them to keep their minds focused. That’s because Alzheimer's leads to nerve cell death and tissue loss and, over time, dramatic shrinking of the brain — the nerve center for everything.

Think of it like this: your brain as an apartment complex in the city at night. You can see all the apartments lit up. Everything is normal. But something goes wrong with the electrical system, and one-by-one, each apartment loses its lights.

Similarly, Alzheimer's disease gradually turns off each neuron in the brain, just like that apartment building. As neurons stop working the brain doesn't function well leading to problems thinking, remembering and doing normal daily functions. But unlike electrical systems that can be repaired, brains with Alzheimer's and dementia cannot.

Nick Viti says the Memory-Lane.TV program works well for his patients because they are all along the spectrum of dementia. “We have to be careful with the programming that we provide that we are conscious that the programming is appropriate for the person's cognitive level."

In other words, keep them stimulated but not over stimulated – engaged, not bored.

Three times a day, in the morning, before lunch and late in the afternoon, Alzheimer’s patients are shown a series of carefully crafted videos, which are more like professionally made, mini-movies. And that’s because the creator is celebrated documentary film maker Alban Maino, who now resides in Portland.

Maino combines beautiful, cinematographic images with music of the era, then uses familiar, aromatic fragrances through a device similar to a “Scentsy.” The result is a three-pronged sensory experience that Alban claims brings recognition and a sense of calm to Alzheimer’s patients, who often combat agitation and confusion throughout their day.

In one video, a clip from the movie “Singing in the Rain” plays, along with its signature theme song, while the scent of popcorn permeates the room. Alban Maino has designed each clip with expert precision. "We are using all sorts of video, soundscape, music, archival footage, and even senses, such as the olfactory stimulation. We're able to awaken people from the sense of smell."

In another video, one that runs during the morning sessions, Maino uses sunrises, light orchestral music and the aroma of baking bread. Nick Viti says it works particularly well and is evocative with his patients. “It’s a sort of natural cue of morning time because that’s been a part of many people’s morning routines for decades, before they came to us here at The Cedars.”

The key to the videos, Maino says, is beautiful shots that are held for much longer than traditional television. He describes these moments as dream scenes. “And a dream scene to me is a 3- to 5-minute scene that takes you and transports you through guided imagery and sort of passive meditation."

That calm comes in handy during the more anxiety-ridden times at The Cedars, during transitions from one activity to another and particularly for patients suffering from Sundowner's Syndrome, or late-day confusion.

Maino points out one patient, a woman who has to wear headphones with music to stay calm. Through the use of customized music and through specific films at the end of the day, those panic attacks can be managed well which, in the end, improves her quality of life.

The program follows the natural progression of each day — three, 24-minute long videos mirror the circadian rhythm. “In the morning, we're going to use sunrises and sounds of birds and in the evening it will be sunsets over the beautiful ocean in Maine."

And while I visited, one group was watching a Cedars' favorite right before lunch: scenes from the vibrant and familiar Fryeburg Fair. The scenery is designed to remind them or take them away and helps to keep them alert so they will eat their important, nutrition rich lunch. And the combination of beautiful fall colors, familiar farm animals and an upbeat parade has them all looking at the screen and one or two tapping their toes.

I ask one patient how the video, music and aromas make her feel. She turns to me and says, a smile across her face, “wonderful."

So the big question: does it work? Some of the feedback so far is that, yes, caretakers are noticing after using the Memory-Lane.TV system for a couple of weeks, Alzheimer’s patients sleep better. And the added positive feedback is they are less agitated and easier to take care of.

Next step for Alban Maino? He's hoping to create personalized Memory-Lane.TV programs in which he matches family photos and videos with a patient’s favorite music and favorite smells. Maino says he is working on the funding to allow him to do that.