All swabs will be thrown out following Trump visit, Puritan says

As Trump touted increased manufacturing of the coronavirus testing swabs, all in-house during his visit will be thrown out. 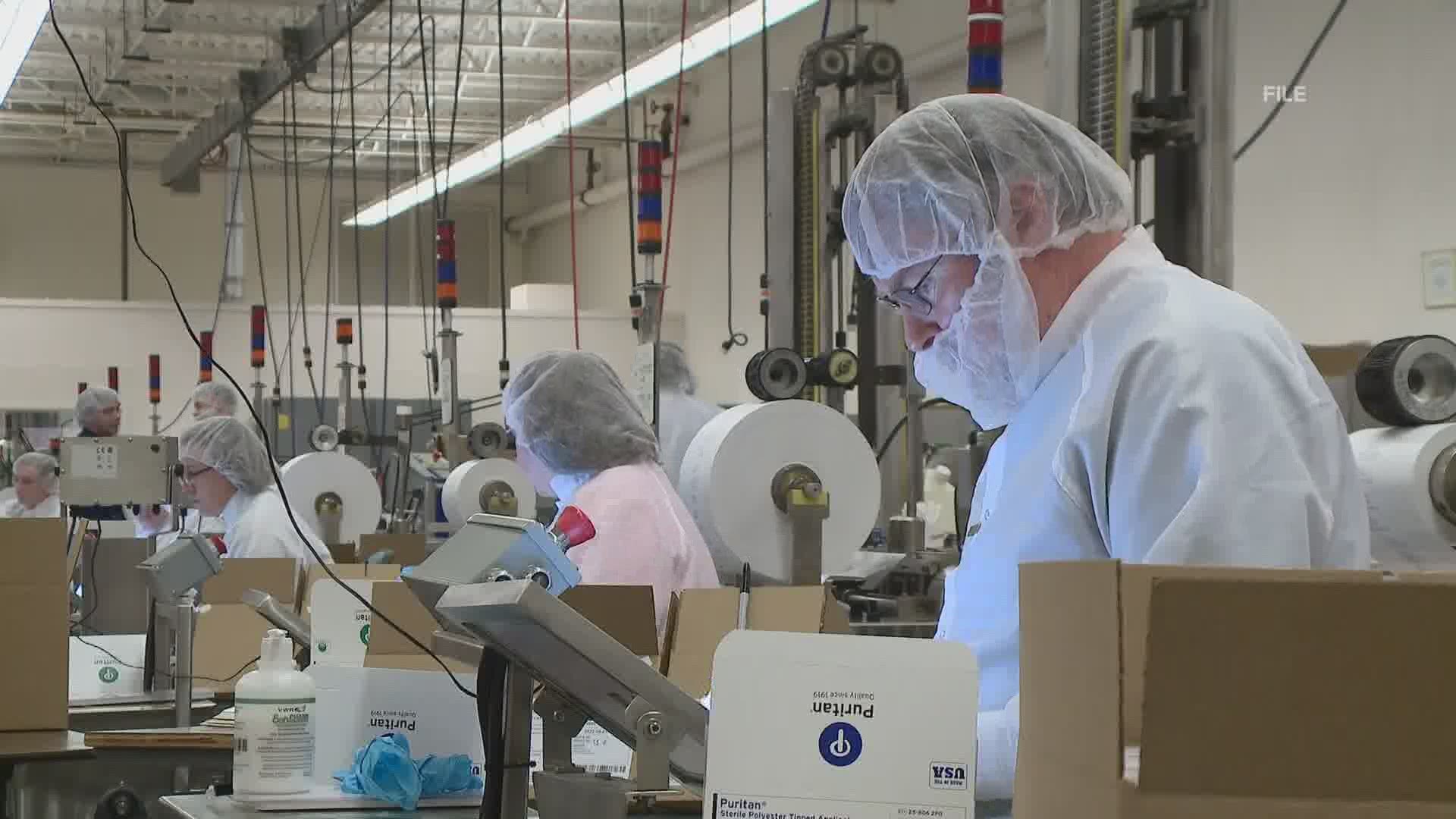 GUILFORD, Maine — President Donald Trump visited Maine on Friday and toured the Puritan Medical Products facility in Guilford. It was a big day for the small town, and for one of Maine’s oldest businesses.

“I shouldn’t tell you this, but I use it every other day,” Trump later admitted to the workers during his speech.

First reported by USA Today, the company said they will ultimately be throwing out the swabs that were being manufactured during his visit. Exactly how many swabs will be thrown out remains unclear.

Puritan released a statement on Tuesday, June 9, saying "the decision was made in advance that we would not use any of the product manufactured during the visit," and that its manufacturing plans for Friday were “limited."

The company said after Trump visited the facility, they cleaned the entire facility.

"It is also worth noting that all COVID-19 testing swabs are sterilized after production."

"In anticipation of the visit, we shifted Friday's daily production schedule to the weekend, which allowed for no production loss," Puritan said.

Puritan is considered one of the top manufacturing companies in the world making specialized testing nasal swabs for COVID-19. Maine and the rest of the U.S. are facing a shortage of testing supplies.

NEWS CENTER Maine's partners at the Portland Press Herald reported in May that many nursing homes in Maine say they lack the basic testing supplies like nasal swabs.

"Seventeen of 28 nursing homes – or nearly 61 percent – that responded to a survey by the Maine Medical Directors Association last week reported that they had seven or fewer nasal swabs, which are needed to collect specimens to test for COVID-19, the disease caused by the new coronavirus. Nine of them – 32 percent – had no swabs at all," the Press Herald writes.

“Made in the USA. I’ve been saying it for a long time,” Trump said during his remarks at Puritan.

Puritan is expanding and will be opening a new facility in Pittsfield in early July. Puritan Executive Vice President previously told NEWS CENTER Maine they will be making 40-45 million swabs a month at the new facility.

Puritan has not returned NEWS CENTER Maine's request for comment.

RELATED: Inside the Maine company the world is depending on

RELATED: 'I don't care what the President says about me': Gov. Mills responds to Trump's visit and comments