2-year-old Ezra is a "perfect match" to donate his bone marrow to his sister, who was diagnosed with a rare form of blood cancer. 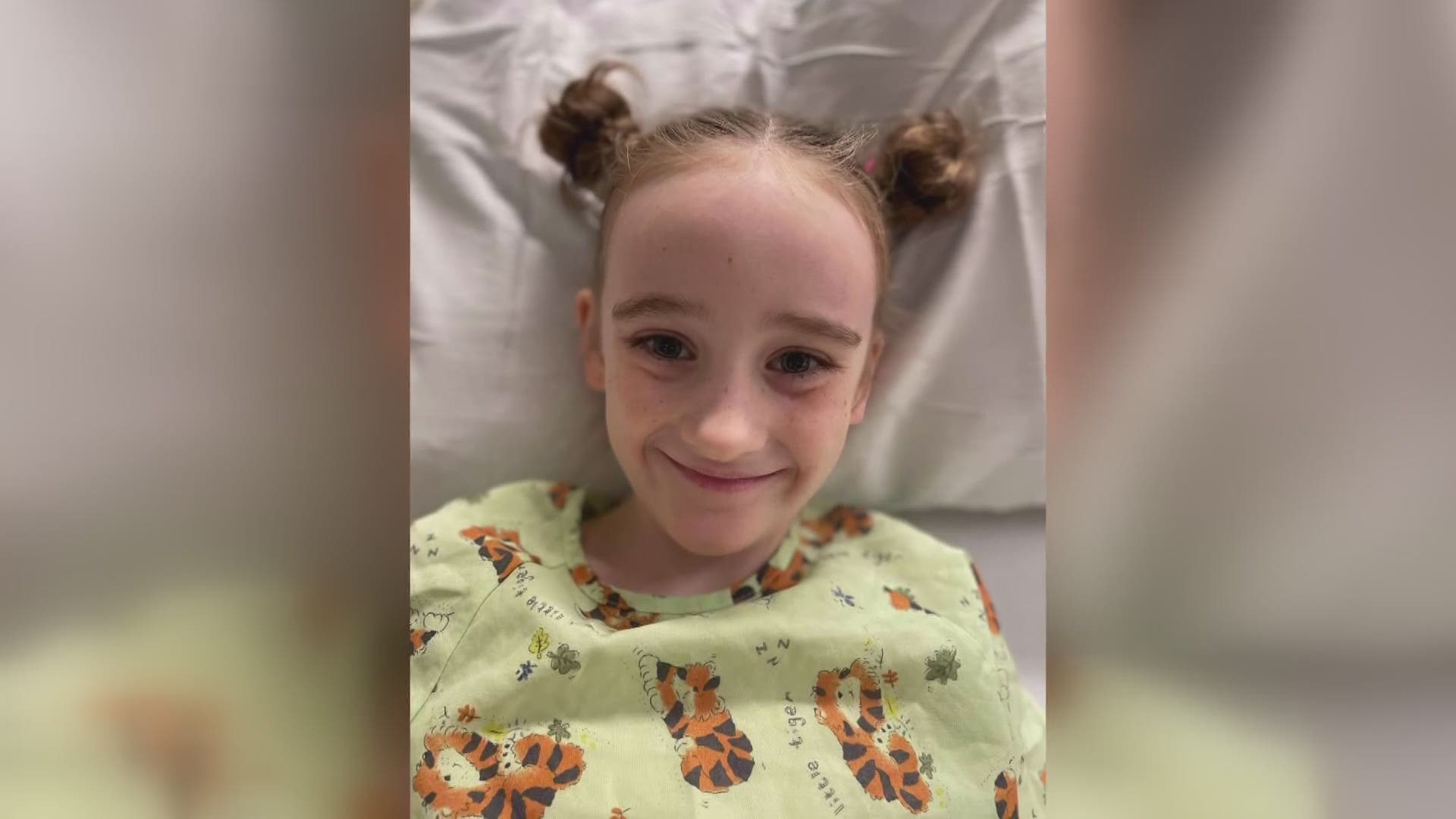 TURNER, Maine — It all started a month ago when her mother simply noticed that her eight-year-old daughter Journey Gartner was more pale than usual. Out of an abundance of caution, her mother Melanie Gartner took Journey to the doctor to do some blood work.

"Just as we were walking in the door I received a call from my doctor, and he said, 'I would like to go over Journey's lab work, please have a seat,' and as soon as he said that, I knew that something was really wrong," Melanie Gartner said.

It turns out, the young girls' blood levels were incredibly low, her white and red blood cells and her platelets were all very low, doctor's initially thought it was Leukemia.

"She was laying in the hospital bed, and she said, 'Momma, is Leukemia cancer? and I said yes it is, and that was all," Melanie Gartner said.

But Journey was instead diagnosed with Myelodysplastic syndrome or MSD which is a very rare form of blood cancer, not typically seen in children.

"For her age, it's quite rare. The median age of those who are diagnosed with MDS is 71, so for an eight-year-old to get it is quite rare but it does happen in children, they just don't have a whole lot of studies to support treatment and things like that," Melanie Gartner said.

The only cure for this form of blood cancer Journey has is having a bone marrow transplant.

After initially swabbing Journey's family members to see if possibly any of them could be a 'perfect match,' the family received the news this Monday that Journey's two-year-old brother is the 'perfect match' they all were playing for.

8-year-old Journey Gartner has a very rare form of blood cancer and needs a bone marrow transplant. Turns out her angel was in her very own house!

"My cells are lower, and they are funky, and my bone marrow doesn't work right," explained eight-year-old Journey Gartner.

Dr. Daniel Callaway is a pediatric oncologist and hematologist at Northern Light Eastern Maine Medical Center's Pediatric Cancer Care in Brewer. He diagnosed and has been treating Journey since the beginning.

"It's estimated that anywhere from two to four children out of every million per year, are diagnosed with MDS," Dr. Callaway said.

Dr. Callaway explained Journey has a genetic mutation that is part of her body, causing this disorder to happen, and ultimately her bone marrow failing.

"Siblings are always the first ones that we test, and each sibling has a 25 percent chance of being a match," said Dr. Callaway, "and her brother Ezra is actually a match for her."

"...and it's a very easy recovery for what he will go through to donate, but he gets to be his sister's superhero," Melanie Gartner said.

Journey's father said an early parent instinct like noticing that their child seemed a little more pale than usual, helped Journey from getting Leukemia if they didn't have acted quickly.

"The last two years have not been a fun time and just to be present cause you never know when your child's doctor is going to say the word.....cancer," said David Gartner.

Since doctor's diagnosed Journey's condition as genetically-based, so they tested Ezra's genetics to make sure he doesn't carry the same gene malformation that causes MDS.

Luckily Monday morning, the family got the news that the two-year-old is indeed the perfect match for her.

The Gartner's say it's simply a miracle that the one saving her daughter's life will be their two-year-old son, Ezra.

Journey and her family are soon heading to Boston Children's Hospital to start the procedure between the sister and her younger brother.

If you would like to support Journey's family with travel and medical expenses, here is their GoFundMe page that a family friend created to support them.

David Gartner explains Be The Match is a national and worldwide registry for people who have volunteered or want to volunteer and be donors, to help save another person's life who is in urgent need of bone marrow or stems cell transplant.