A bill making it's way through the legislature would change Maine's statute of limitations. 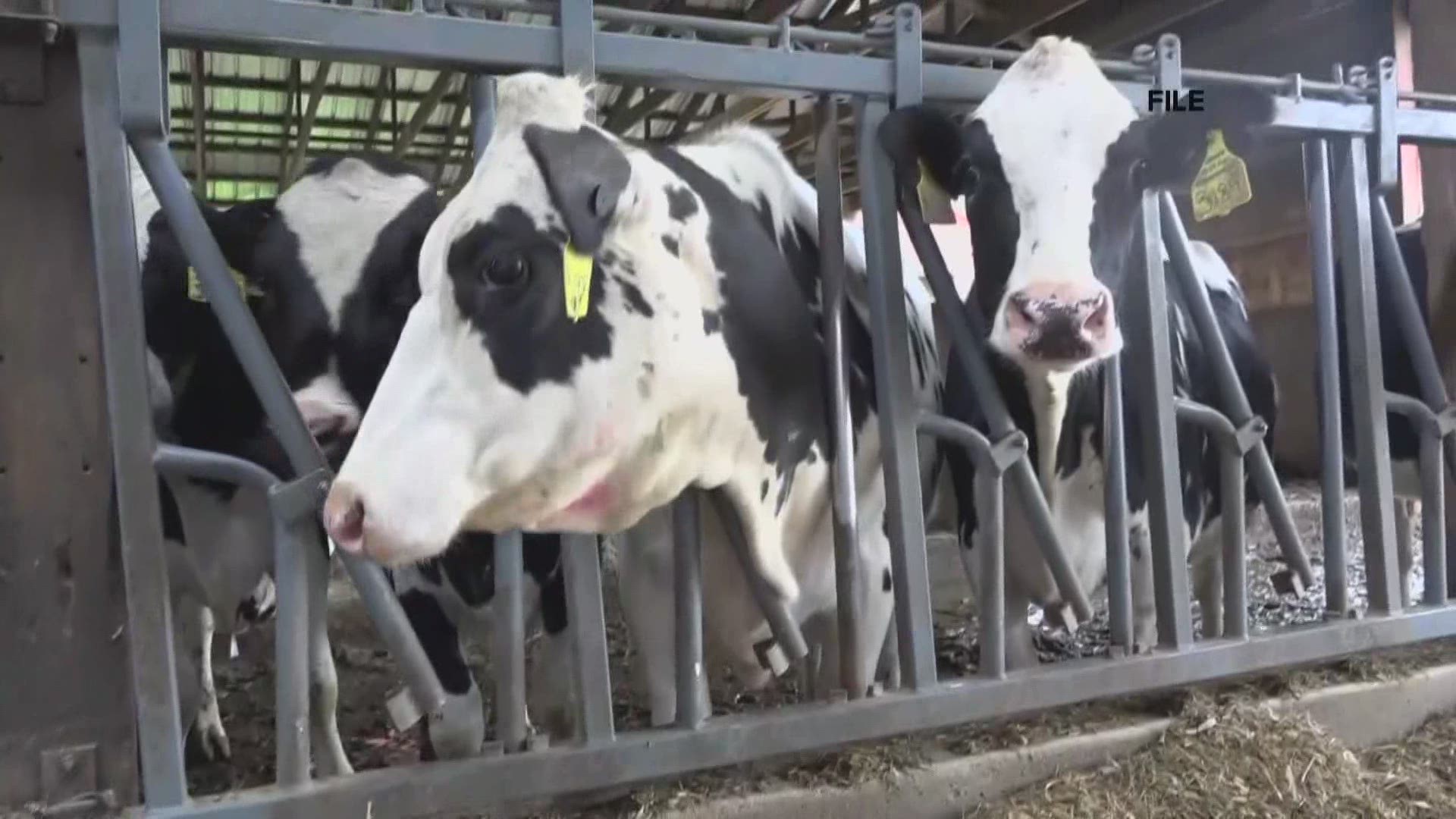 ARUNDEL, Maine — Should private property owners and municipalities be allowed more time to file lawsuits in connection with contamination from so-called "forever chemicals?"

This comes less than a week very high levels of PFAS chemicals were discovered in milk from a dairy farm in Central Maine.

The class of chemicals found in household products to fire fighting foam have been linked to serious health problems including cancer and immune response function.

Fred Stone, the owner of Stoneridge farm, says the legacy of his century-old dairy farm is in tatters nearly four years after high levels of PFAS were found in the groundwater, soil, and milk nearly ten times the EPA's safe limit.

"The property itself is now virtually worthless, the cattle worthless. We have slaughtered over half the herd because we are a dairy operation," Stone said.

The contamination came from sludge that was spread as fertilizer on the 90-acre property farm for nearly 30 years. Stone in the meantime has been unable to sell milk. He and his family are experiencing medical issues, including Parkinson's and thyroid problems.

Last week state agriculture officials announced that very high levels of PFAS were found in milk at a farm in Central Maine. State officials this week identified the farm as Tozier Family Farm in Fairfield, which no longer sells beef or milk.

The levels of chemicals were over 20 times higher than those found in the milk at Stone's farm. A bill is now pending in the legislature that changes the statute of limitations and allows private property owners to sue manufacturers of the chemicals in court.

An investigation is still ongoing, but the contamination on the second farm is also believed to be from industrial sludge. Patrick MacRoy, the deputy director of the Environmental Health Strategy Center, believes the pollution happened decades ago.

"PFOS was detected and PFOS has not been manufactured domestically in decades and has largely been phased out internationally," MacRoy said.

The bill is based on a recommendation from the Governor's PFAS task force. Task force member Dr. Lani Graham is a family physician and former state health director. She says much more work needs to be done because the extent of PFAS pollution is Maine remains unclear.

"Many farms and even family gardens where sludge has been spread have also not been tested," Dr. Graham said.

As for the farm in Central Maine, state officials say the public is not at risk because the contaminated milk was diluted when it was mixed with milk from other farms at the processing plant.

The legislature's judiciary committee will take up the bill in a work session on Friday and possibly be voted on later in the day.

Click here for information about PFAS chemicals and your health from the Agency for Toxic Substances and Disease Registry.