Healing through hockey for the Farmington Fire Department 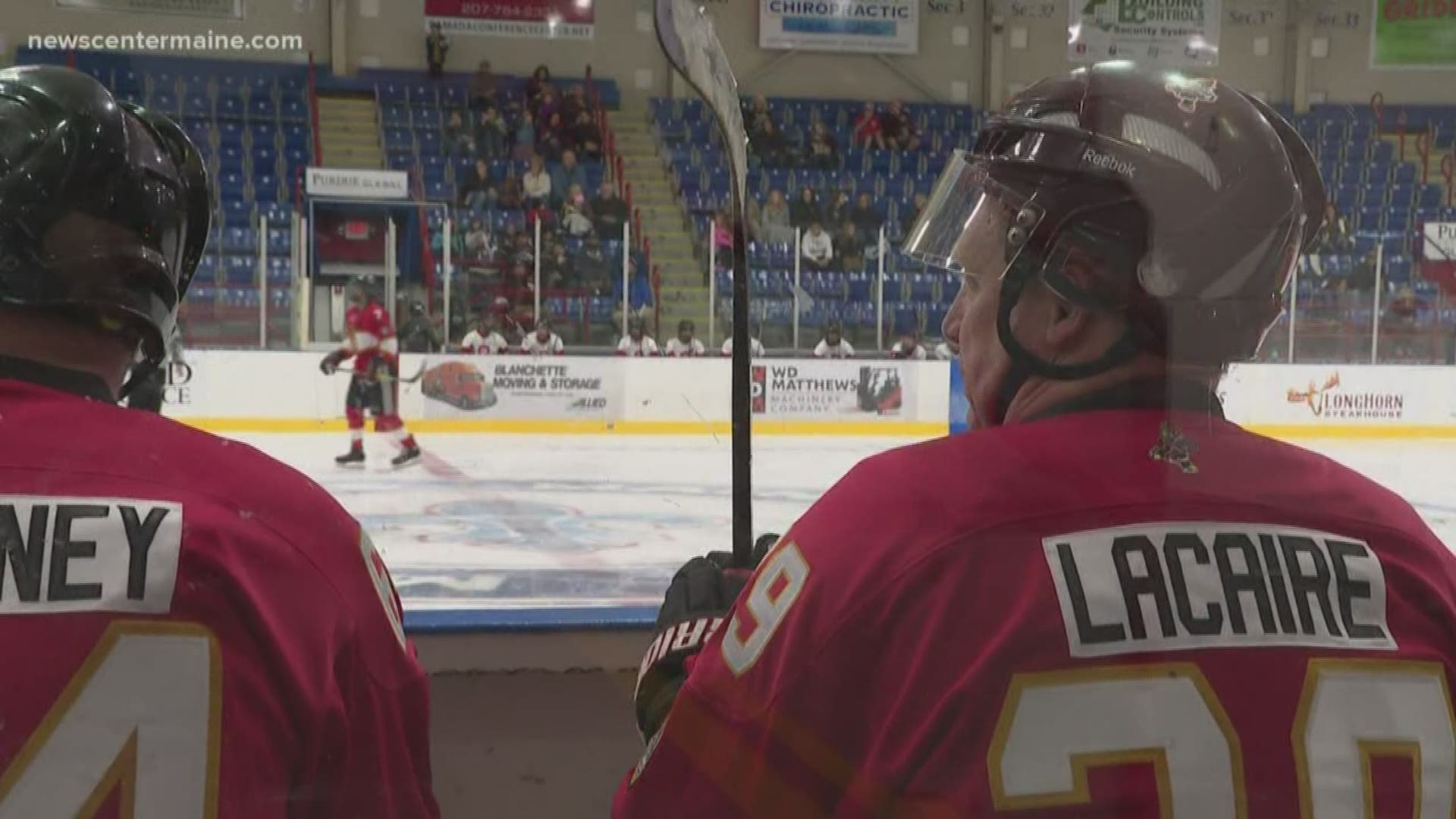 LEWISTON, Maine — Lost teeth and busted noses are the price that comes with playing hockey. But a game between firefighters from two states demonstrated how the sport can also foster healing.

The Farmington Fire Dept. was the inspiration behind the game on Friday, October 18, at the Androscoggin Bank Colisee in Lewiston. The department needs the help as it works to recover from a major disaster.

The station sent a crew to check out a complaint of a propane leak at the Farmington office of LEAP, Inc. on September 16. In the course of their investigation, the building blew up.

Capt. Michael Bell died in the explosion and five of his fellow firefighters were hurt, along with the building's maintenance worker, Larry Lord. All of the surviving firefighters are out of the hospital. But more than a month later, Lord remains in serious condition at Massachusetts General Hospital in Boston.

The plight of those firefighters and their families caught the attention of the Patriots Hockey Association. Membership of the nonprofit organization is made up of current and past firefighters, police officers, EMS workers and military personnel. They formed the group to run hockey tournaments as fundraisers for charities.

The benefit for the Farmington Fire Dept. featured two rosters of firefighters. On one side was the Maine team, drawing its players from departments across the state. Their opponents came from the fire department in Worcester, Mass.

The pain of losing a firefighter in the line of duty is something the Worcester Dept. knows first hand. An apartment fire last December claimed the life of Firefighter Christopher Roy. And the passage of 20 years hasn't erased the heartbreak of the the warehouse fire that killed six Worcester firefighters in December 1999.

"It's a brother-sisterhood that we all talk about," said J.P. Adams from the Maine team. "It's one of those things that we've grown accustomed to over the years, with any department. Just look at all the fundraising that has gone on for the Farmington Fire Department. From station coverage to wherever you name it, there's support across the nation and across the state for them and it's outpouring and it's awesome."

The Worcester team won the game, 5-4.

The only admission to the game was a donation to the Farmington Fire Department. A 50/50 raffle raised additional money. The Colisee made its rink available free of charge and chipped in proceeds from parking fees for the Farmington fund.