Have you checked batteries in your campers smoke detector?

BANGOR, Maine (NEWS CENTER) -- It's something many people may not think about when going  on vacation--The chance that their vacation home or RV or camper may catch fire. 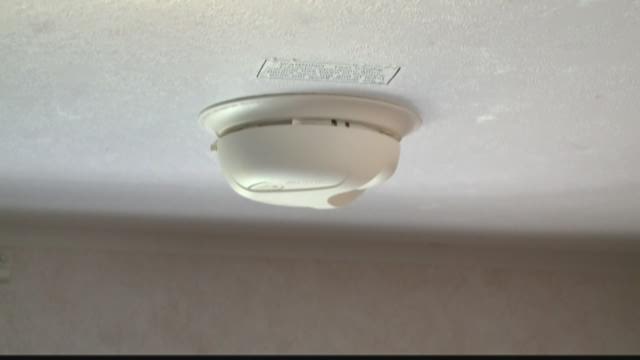 BANGOR, Maine (NEWS CENTER) -- It's something many people may not think about when going on vacation--The chance that their vacation home or RV or camper may catch fire.

It happened this past weekend in Saint Albans. 48 year old Connie Bailey died inside a camper that caught fire. She had been visiting friends in the area. According to state fire investigators, candles ignited a blanket and there were no working smoke detectors inside the camper.

We visited Paul Bunyan Campground in Bangor to see how many campers might have working smoke detectors.

Perrin and her family are settling into their newly purchased 2001 travel trailer. They bought it a few months ago and are using it for the very first time. They know the smoke detector inside works for one very simple reason.

"I know they work because every day we've made toast we've set them off every single morning," Perrin said. We asked her to show us, and sure enough when she pushed the test button, it gave off a loud beep.

Down the road in the same campground, Barbara and Jeffrey Thompson were sitting outside enjoying the fresh air. The Thompson's are visiting from Florida and their grandkids from Georgia, Adeline and Gwendolyn are up here visiting.

She also let us test her smoke detector, and after a brief pause, it started beeping too.

"There you go it works," she said.

The National Fire Protection Association has a set of standards for recreational vehicles and travel trailers--among them are that they have smoke detectors, propane detectors, and carbon monoxide detectors. In addition to fire extinguishers.