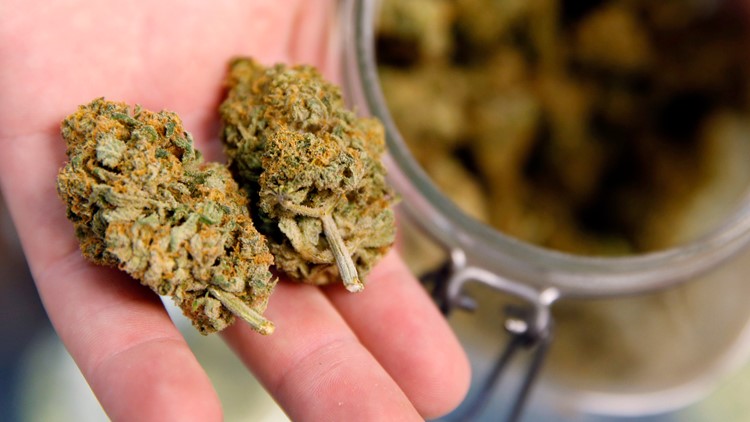 The state's voters chose to legalize both the use and sale of recreational marijuana among adults in November 2016, but months of delays and political squabbles have slowed the implementation of a commercial industry. The state now has a legal road map for marijuana to arrive in stores as soon as early 2020.

RELATED: Marijuana rules waiting final 'OK' from Legislature
RELATED: Those hoping to cash in on Maine's marijuana industry get a say in rules, regulations

The regulations could be implemented by September, according to David Heidrich, a spokesman for the Maine Department of Administrative and Financial Services. That would mean the state could begin accepting license applications by the end of the year and sales could begin in early spring 2020.

Marijuana is legal for adult recreational use in 10 states and the District of Columbia, though some, like Maine, have yet to set up commercial sales. Medical marijuana was already legal in Maine, and under the 2016 law, adults over 21 can possess up to 2.5 ounces (70.9 grams) of marijuana without penalty.

Supporters of Maine's newest regulations say the limbo over marijuana sales has created an illegal market in the state.

Once the new regulatory system is in place, a flurry of state bills to refine the state's approach to marijuana will likely follow. Bills to expunge marijuana-related convictions failed this year, while next year lawmakers plan to consider bills to restrict where marijuana may be smoked and allow marijuana stores to make deliveries.

Advocacy and industry groups have been lobbying to legalize marijuana sales for months. Three marijuana companies in the state reported spending nearly $75,000 to lobby state officials this year while sending another $45,000 in inauguration donations to Gov. Janet Mills, according to an Associated Press review of state campaign finance reports.

RELATED: Last Day of work for the Maine Legislature

So lawmakers ended up amending the rules. Maine residents who have lived in the state for at least four years would still have to claim at least 51% ownership of a cannabis company to qualify for a license.

Municipalities could opt in or out of allowing marijuana sales, though only a handful of cities and towns have laid the groundwork for retail sales.