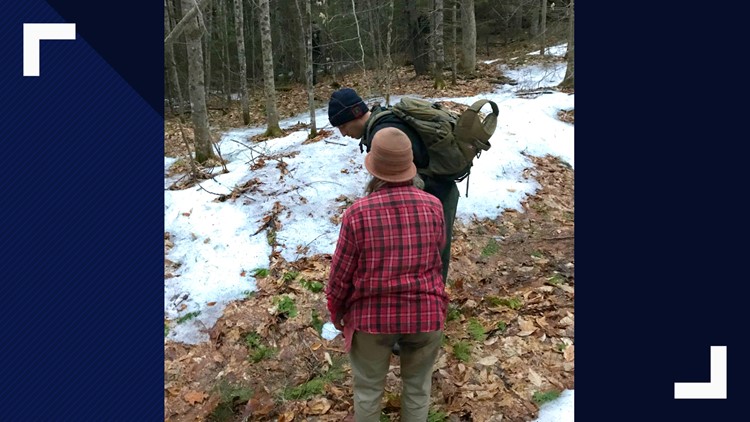 On April 18, Nancy Rumney's husband reported her missing from her Hunt Road home early in the afternoon.

A local resident told authorities that she had seen Rumney hiking in the woods between Route 52 and Village Road around 8:50 a.m. The woman saw Rumney on the opposite side of a stream but, despite her efforts, could not get Rumney's attention.

Rumney then wandered away.

Belfast police initially responded to the call, but the Maine Warden Service took over.

Game Warden Chad Robertson and his K9 started searching near the stream. A Maine Warden Service aircraft also responded to the area to help in the search.

The K9 was able to pick up on Rumney's scent and lead Robertson to Rumney, who was nearly three miles from her home.

Wardens say Rumney was mobile and in fair health. They helped her to a Belfast ambulance where she was taken to Waldo County General Hospital.