Smitty's Cinemas hosted free watch parties for every episode of season 8 of the popular HBO series. 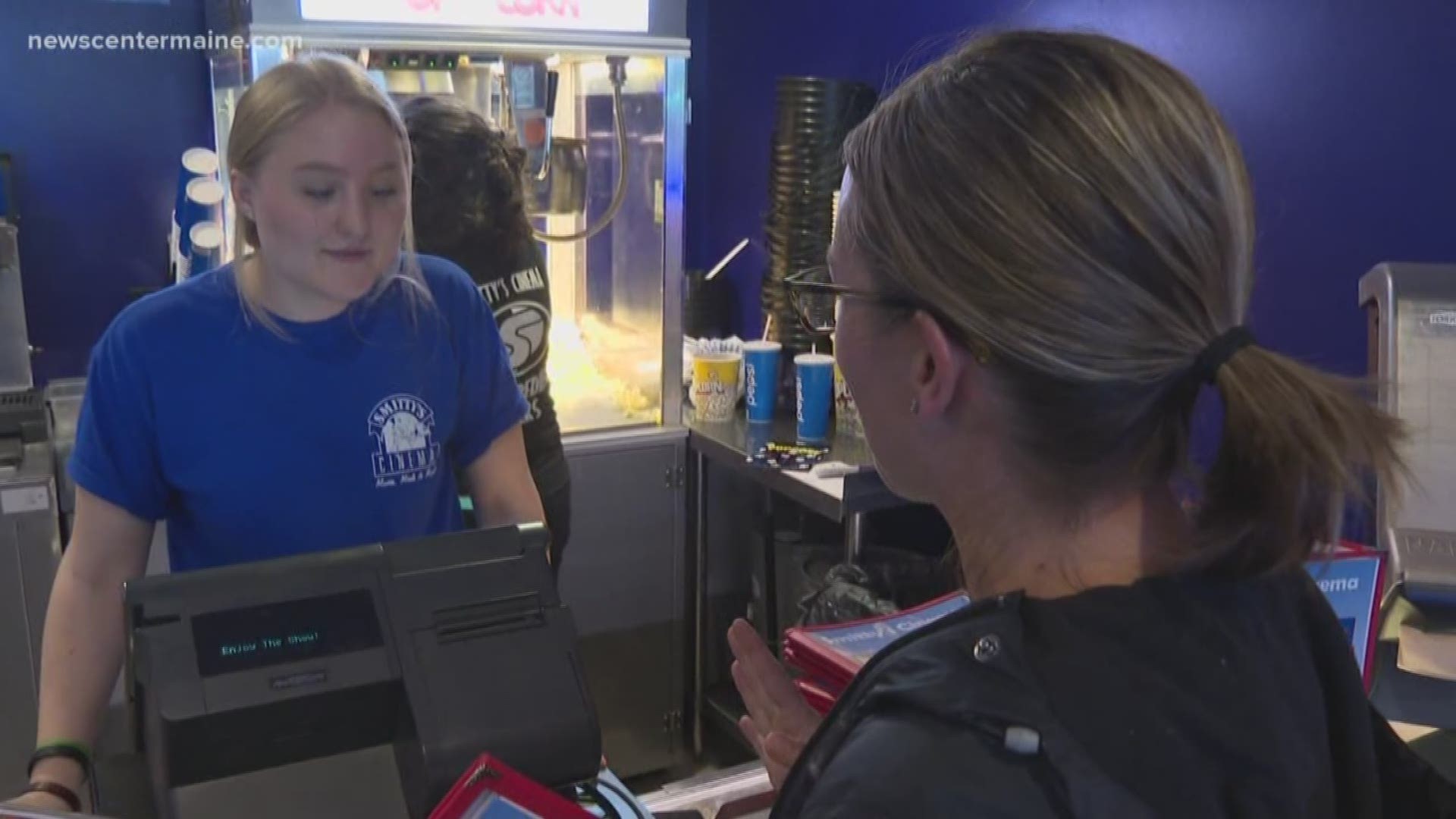 TOPSHAM, Maine — Some fans of the hit HBO television show 'Game of Thrones' watched the shows final episode for free Sunday night at a chain of cinemas across Maine.

Smitty's Cinemas hosted free watch parties for every episode of season 8 of the popular series. The company started the free viewings for season 7, showing just the premiere and the finale.

"I usually watch at home, so this my first time on the big screen," said Molly Kilpatrick, a teacher from Brunswick who started watching the fantasy series when she was pregnant with her son. "Everyone was talking about it, 'Game of Thrones, you have to watch!' so I finally gave in and watched."

Kilpatrick watched with friends Sunday night. She said it was her first time watching with others, instead of alone.

"My husband has watched me watch episodes and he's like, 'you need to calm down.' I'll put the laptop down and sometimes I mute it. It's very stressful, so I'm happy to experience it with other people and not alone," said Kilpatrick.

Cinema staff said the idea gave them a chance to make some money on otherwise slow Sunday nights.

"The turnout this year was just crazy. We probably had 150 people the first night, which was totally unexpected. We had to open it up in some other theaters," said Kyle Kenney, the front of house manager at Smitty's in Topsham. "I have just started season 1 so I'm pretty far behind, but I figure if this many people are coming to watch it, it has to be a good show, right?"

The show is known not only for its violence, and graphic scenes, but also for its unexpected twists and surprises, when key characters are abruptly killed off.

Even some fervent 'GoT' fans agree that it is time for the show to end.

"I really love some of the characters and hate them, and sometimes that changes too, so I feel like emotionally I'm ready for it to be over so I don't have to stress about it anymore," said Kilpatrick.