Firefighters battled smoke and flames for hours on Sunday. The executive director of Museum L-A says artifacts and structure have been damaged. 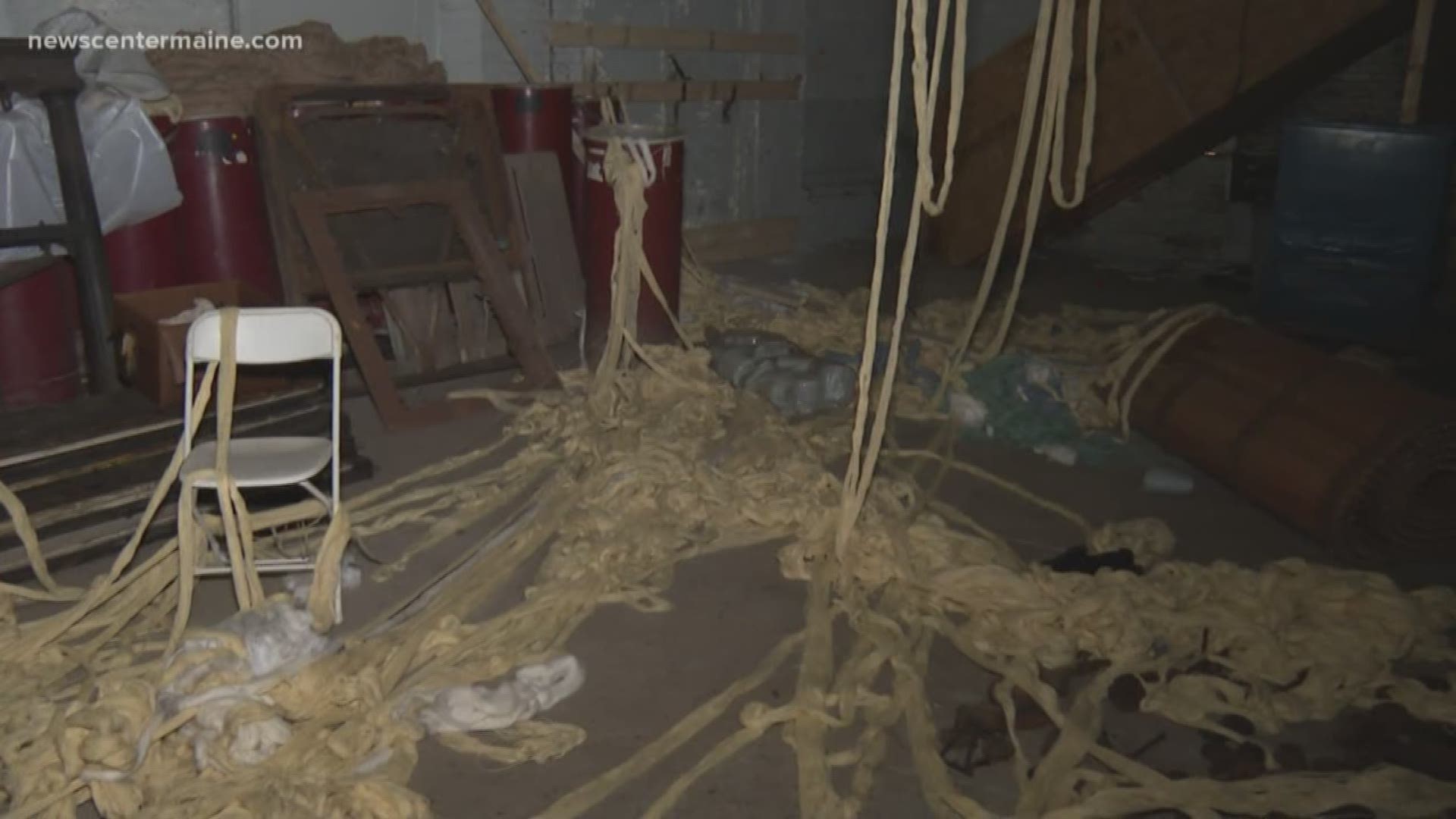 LEWISTON, Maine — The banner on the side of a former mill building on Beech St. in Lewiston says the 'Future Home of Museum L-A." The future, however, faced a major setback after a suspicious fire at the locked facility on Sunday.

“When I was standing there watching this, I kind of wanted to cry,” said Desgrosseilliers. "It’s hard for us to think that somebody would even do that.”

The building has structural damage in the basement where heavy timber beams and hardwood floorboards are charred. A structural engineer is expected to survey the damage soon. What can't be fixed, some of the priceless relics, and artifacts being stored on the main floor. Items representing an entire generation of mill and brick workers.

Yarn and spools were strewn across the room, hanging from temporary construction light fixtures. The last blankets produced from recycled products at the mill were damaged by smoke and might be salvageable after extensive cleaning.

A fire inspector told Desgrosseilliers the cause is undetermined but it most likely involved a 'human element.' The Lewiston Fire Department did not immediately respond to NEWS CENTER Maine for comment.

Left behind near the seat of the fire was an adult sweatshirt and beer cans. A board has been replaced where the suspect, or suspects, reportedly entered the building.

Museum L-A does plan to open the facility when possible, and community members have already reached out with donations and materials since the weekend.

“One day this is going to be the state-of-the-art museum that you are going to come to learn about work, community, and also innovation and the spirit of the people that never gave up,” said Desgrosseilliers.

For more information on where or how to donate, Museum L-A can be contacted on its website or on social media.