From the streets to the courtroom: Thanksgiving has a whole new meaning for one attorney

Shianne Bowlin, who spent years living in her car, is breaking down the stigma of being homeless. 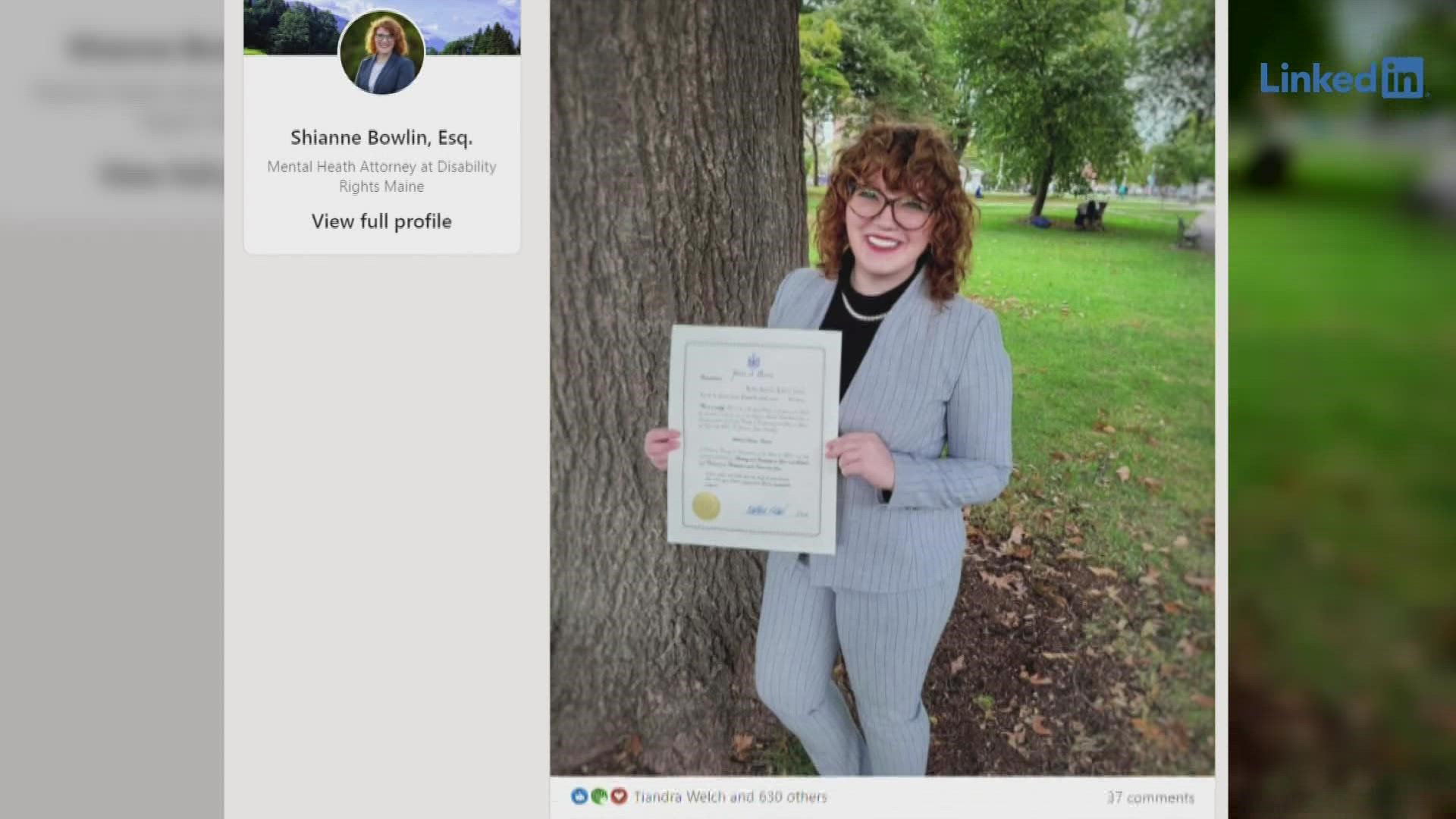 PORTLAND, Maine — Thanksgiving is not only a day we spend with our family and friends, it's also a time to pause and appreciate things we often take for granted.

For a Portland attorney who spent years living in her car while homeless, gratitude can't even begin to describe how she feels on this day.

Shianne Bowlin is settling into her first job as an attorney with Disability Rights Maine. The agency provides protection and legal advocacy for people with developmental disabilities or mental illness. And she is still pinching herself.

"I really never thought I could get here. It's incredible," Bowlin said.

Bowlin was just a senior in high school in her home state of Indiana when she says domestic problems forced her to leave her home. Her father, who was her legal guardian, threatened to report her to the police as a runaway if she told anyone what happened.

"When I finally had the money, I bought a car. It was cheaper to live in a car than it was an apartment," Shianne said.

With no shelters for homeless teenagers or services available, that car became her refuge. Relying on friends for hot meals and occasional showers, Shianne graduated from high school, all while living in her car.

Thanks to student loans, Shianne enrolled as a psychology major at the University of Southern Indiana but couldn't afford to live in the dorm.

"I could spend most of the day in the library, but at night I parked in hotels, gas stations, and slept in my car," Bowlin said.

Despite being homeless, Shianne earned three bachelor's degrees and a master's degree. While working with patients committed to a psychiatric unit at a mental health facility, her career focus changed.

"I want to go into law to protect these people that other people just want to throw away. I connected on a personal level because a lot of people wanted to throw me away," Bowlin said.

After being accepted at the University of Maine School of Law, Shianne was finally able to move into an apartment. She also tapped into resources such as emergency funds provided by the school and services at the Preble Street Resource Center.

Because of the stigma, Shianne rarely shared that she spent years living on the street. This past summer, though, she celebrated on social media that she had become a licensed attorney in a post that has since received more than 600 likes.

"The stigma is really hard because it's so pressing, but it's so important to put that to the side, speak up for yourself [and] let it be known, what you want and what you need," Bowlin explained.

As a mental health attorney, her experiences are helping guide her clients to get them the resources and advocacy they need, all while proving that overcoming barriers and stigma is possible to reach your dreams.

For housing and shelter information in your community from the Maine Department of Health and Human Resources, click here.

For information on homeless resources and housing from the Maine State Housing Authority, click here. 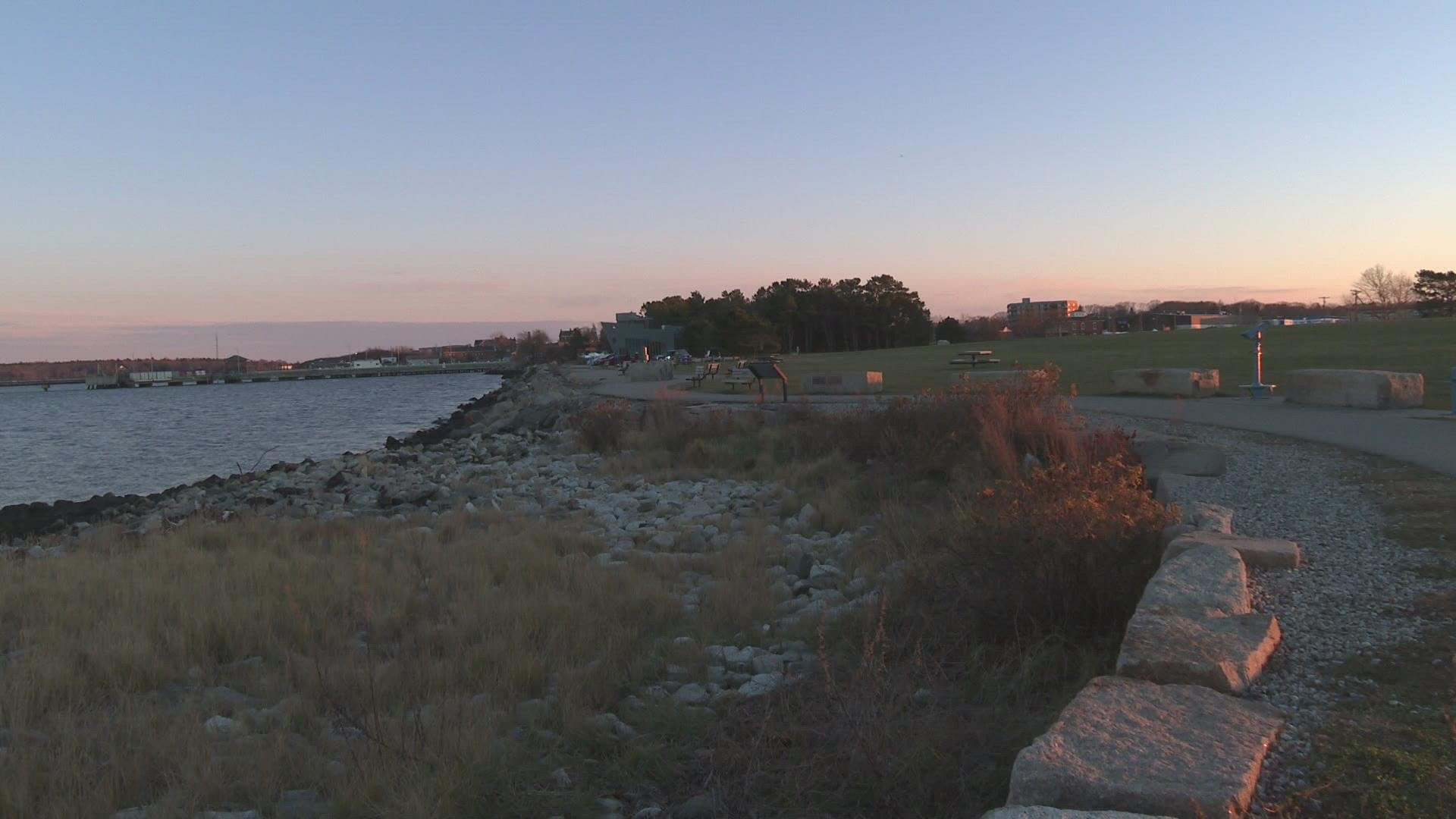