From Lewiston, Maine to the Stanley Cup Final 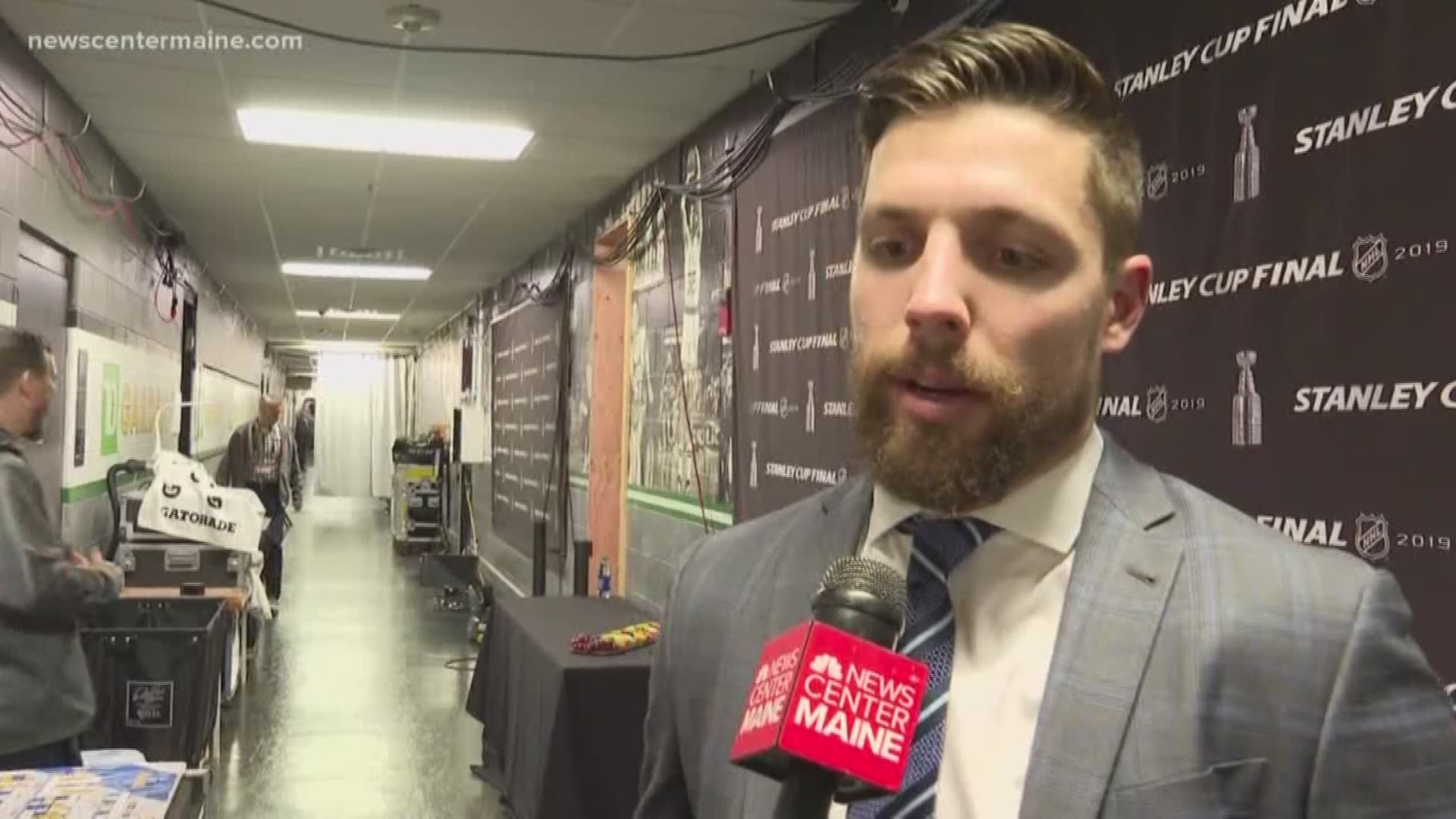 BOSTON, Massachusetts — In the 2006-2007 Lewiston Maineiacs season, the year the team won the President's Cup, 18-year-old David Perron lead the team in scoring with 39 goals and 83 points in 70 games played.

Fast forward to May 2019 where Perron finds himself in Boston playing in the Stanley Cup Final with the St. Louis Blues.

NEWS CENTER Maine caught up with Perron after St. Louis' 4-2 game one loss to the Bruins. When asked about his time in Maine, Perron said he remembers it fondly. "It's similar to where I'm from, only 3 hours away," says Perron, who hails from Sherbrooke, Quebec. "Similar winters, some snow. I just thought the people were really nice there."

Perron, who is a native French speaker, felt comfortable getting around in the Lewiston-Auburn area. "I wasn't speaking the language at all," says Perron. "I had a lot of people help me along the way with that, and it makes it a lot easier when we are winning."

Perron celebrated his 31st birthday on May 28, the day before game two of the Stanley Cup Finals.