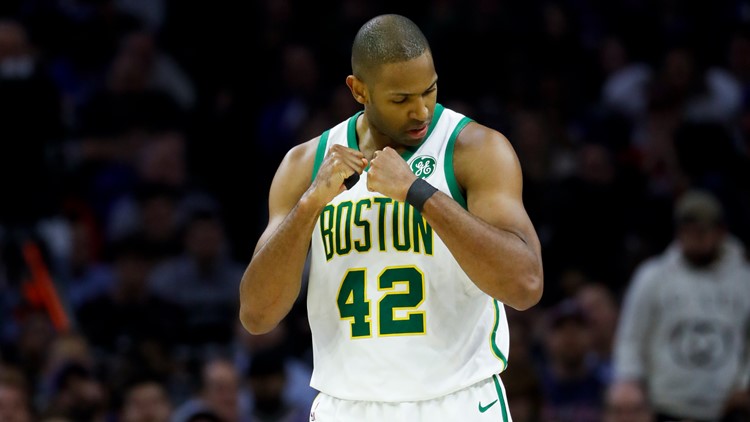 Photo by: AP Photo/Matt Slocum
Boston Celtics' Al Horford in action during a game against the Philadelphia 76ers on Wednesday, March 20, 2019, in Philadelphia.

BOSTON — A person familiar with the decision tells The Associated Press that Boston Celtics center Al Horford will decline his player option for next season and become an unrestricted free agent.

The person spoke to the AP on the condition of anonymity Tuesday because the decision has not been announced. ESPN was first to report Horford's decision.

A five-time All-Star, the 33-year-old Horford joins point guard Kyrie Irving, who also won't exercise his option to remain in Boston for the final year of his contract. Horford signed a four-year, $113 million deal in 2016.

Among the preseason favorites in the Eastern Conference before last season, the Celtics finished the regular season 49-33. They were eliminated 4-1 in the conference semifinals by the Milwaukee Bucks.

Horford was one of Boston's steadiest players throughout, averaging 13.9 points and nine rebounds in the postseason.