Families say the lack of services is setting up their loved ones to be more dependent, not less, on the system. 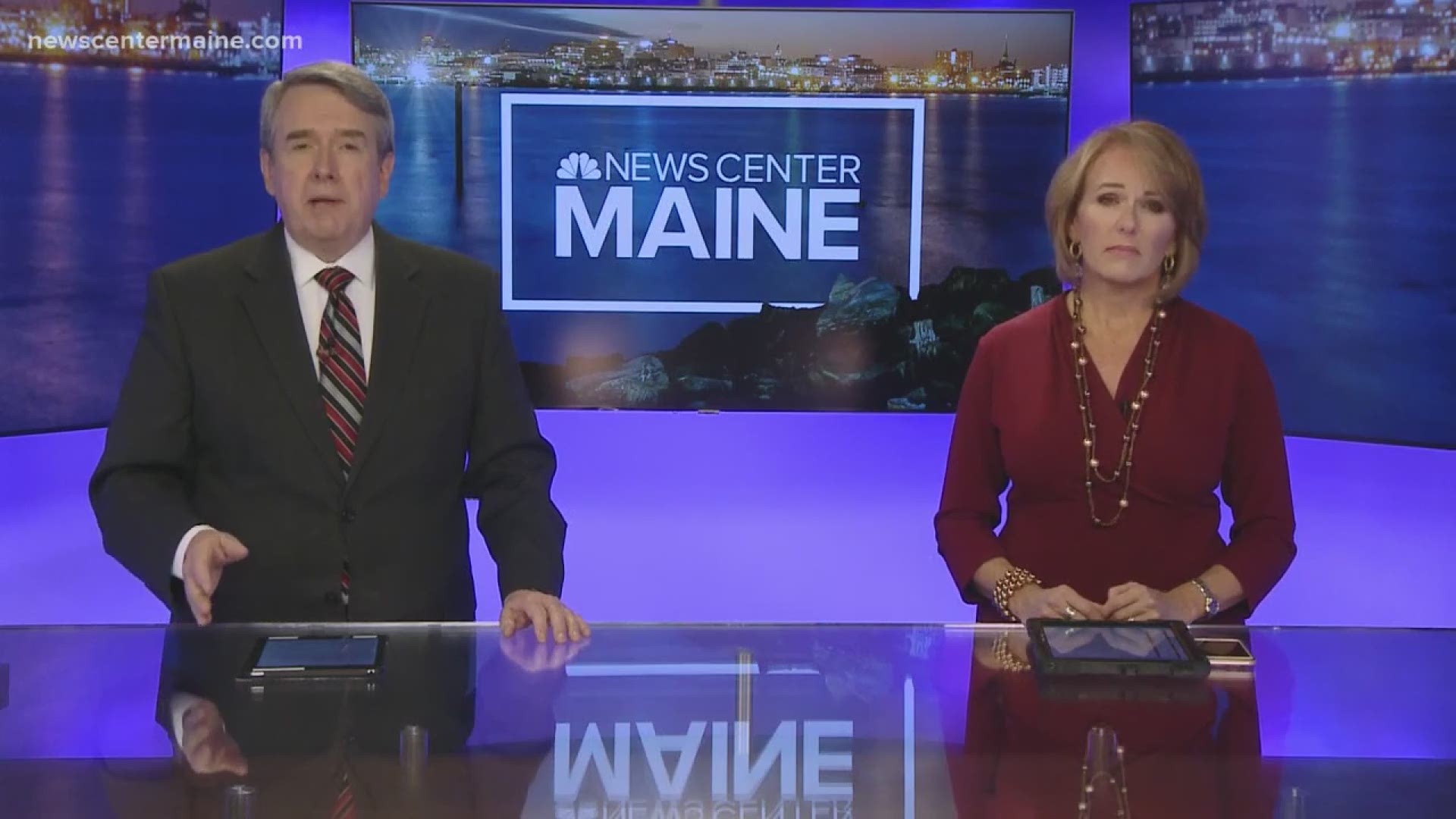 WATERVILLE, Maine — Children and adults with developmental disabilities, mental health problems, and complex medical needs are considered one of the most vulnerable populations in our state. But often they are last in line for the help they desperately need.

These patients qualify for a variety of services, covered by MaineCare, the state's Medicaid program. But nearly 3,000 children and adults are languishing on waiting lists for mental health, home, and community-based programs, from months to years.

Some families are calling for a complete overhaul of the system to keep these populations from falling through the cracks.

An exploding rate of autism, a shortage of qualified staff, and low wages are contributing to this complex crisis. We spoke to families throughout the state who say while their children wait, they are losing skills that will help them live more independent lives. 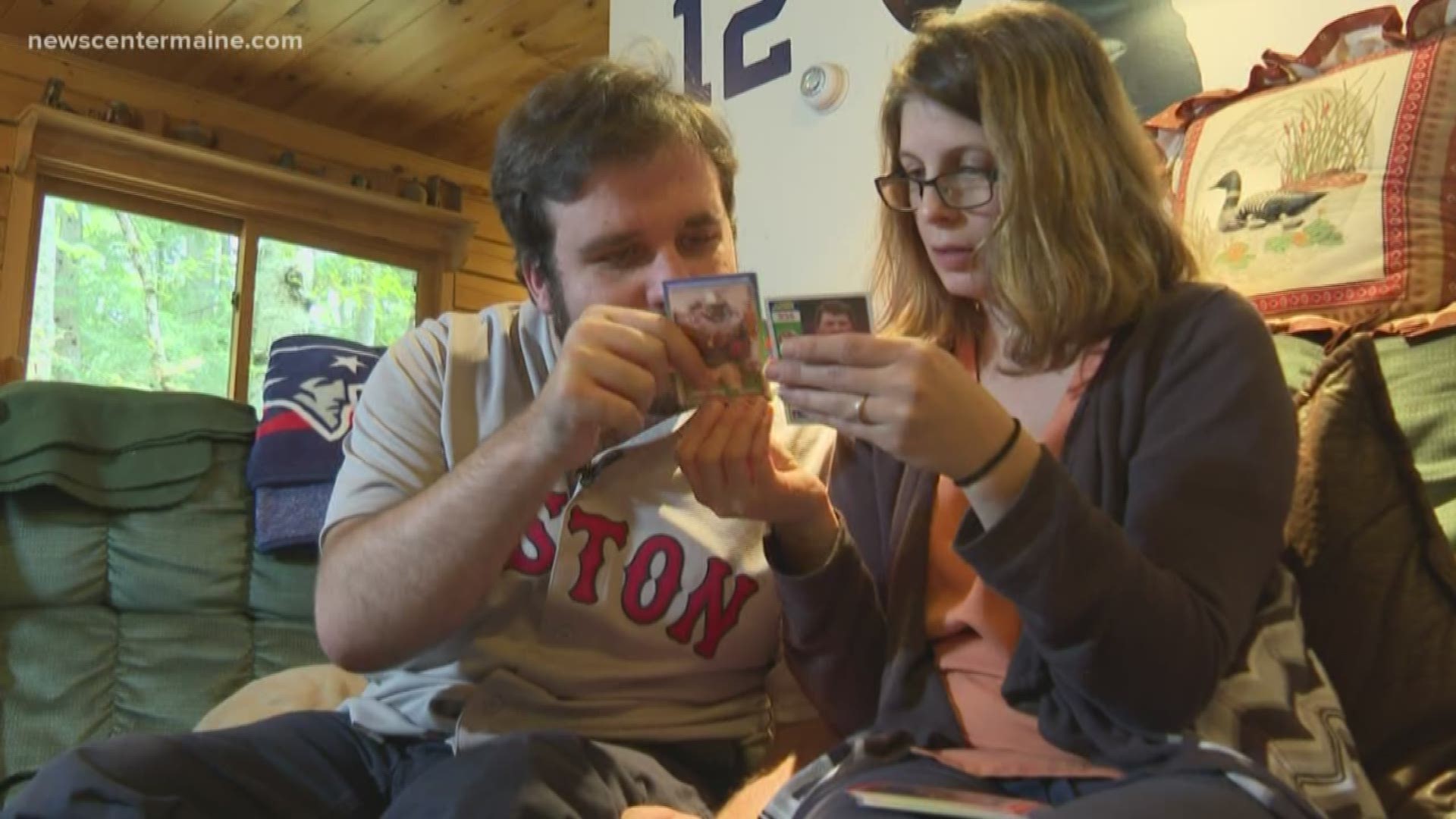 Travis Wheeler came into this world fighting for his life.

Diagnosed with twin-to-twin transfusion syndrome, a rare but life-threatening condition that causes an unequal flow of blood between identical twins sharing a placenta. Travis wasn't getting enough nutrients as the pregnancy went on.

Travis and his brother Zachary had to be delivered at 33 weeks. Zachary came home after 21 days in the NICU. Travis stayed for 48 days. But the lack of oxygen at birth contributed to a number of medical problems including bleeding on the brain and vision problems.

Travis had developmental delays and was diagnosed with cerebral palsy as a toddler.

"His left side is weaker than the right, he can't write his fine motor skills are delayed," said Paula Wheeler, Travis's mom.

But that didn't keep him from participating in sports and outdoor activities with his brother Zachary. They started playing football together in the third grade. But Travis had to step off the field at 12 after he started having seizures. But the bond the twins shared over football continued at Telstar high school.

Never missing a practice, Travis was named honorary captain of the team at their last homecoming game. At the end of his senior year that work ethic, an incredible memory, supportive staff helped him succeed academically. So much so he graduated at the top of the class - an achievement no one expected -  especially Travis. I always worked really hard to do the best I could do,' said Travis

"You can't let the disability impact them showing you what they know," said Paula.

After graduation Travis qualified to work with a behavioral health professional known as a BHP. BHP's are trained to work with children with developmental and physical disabilities. Travis along with his BHP attended classes at the University of Maine Augusta campus in South Paris.

But when Travis turned 21 those services ended. He does have an aide who assists him at home, in the community including walks outdoors.  He has been waiting for nearly two years, under a different program, for a BHP to help him go back to college.

"An extrovert doesn't sit home alone. An extrovert gets their energy from people," said Paula.

This scenario is not an isolated one. They are taking place throughout the state as hundreds of adults and children are waiting for services to improve or could have saved their lives.

"He had the most beautiful smile and blonde hair," Karen Stadig says as she shows me pictures of her brother Tom. He was diagnosed with autism and bipolar disorder later in his life. But his parents made sure Tom received early intervention at a young age.

"They never gave up and they were told many times to give up," said Stadig.

Tom had limited verbal skills but enjoyed doing odd jobs for his family.

When he aged out of school, his parents bought this home where Tom could live independently with help from 24-hour staff.

He volunteered with meals-on-wheels and had a part-time job.

But the medication Tom had taken for years to help him sleep and deal with other symptoms of bipolar disorder began to take a toll.  Almost two years ago he began having crisis episodes his staff was not trained to death with. Despite the fact Tom was qualified to receive inpatient services at a mental health unit, he ended up in the emergency room at a local hospital.

Tom continued to have more episodes - each time he ended up in the emergency room. Karen says emergency room staff were not trained to deal with Tom's mental health issues. She says her brother was often restrained and injected with multiple medications. As her brother's legal guardian, Karen called DHHS and other state agencies begging for help.

SEN. REBECCA MILLETT IS PROPOSING TO END WAITLISTS FOR HOME AND COMMUNITY-BASED PROGRAMS 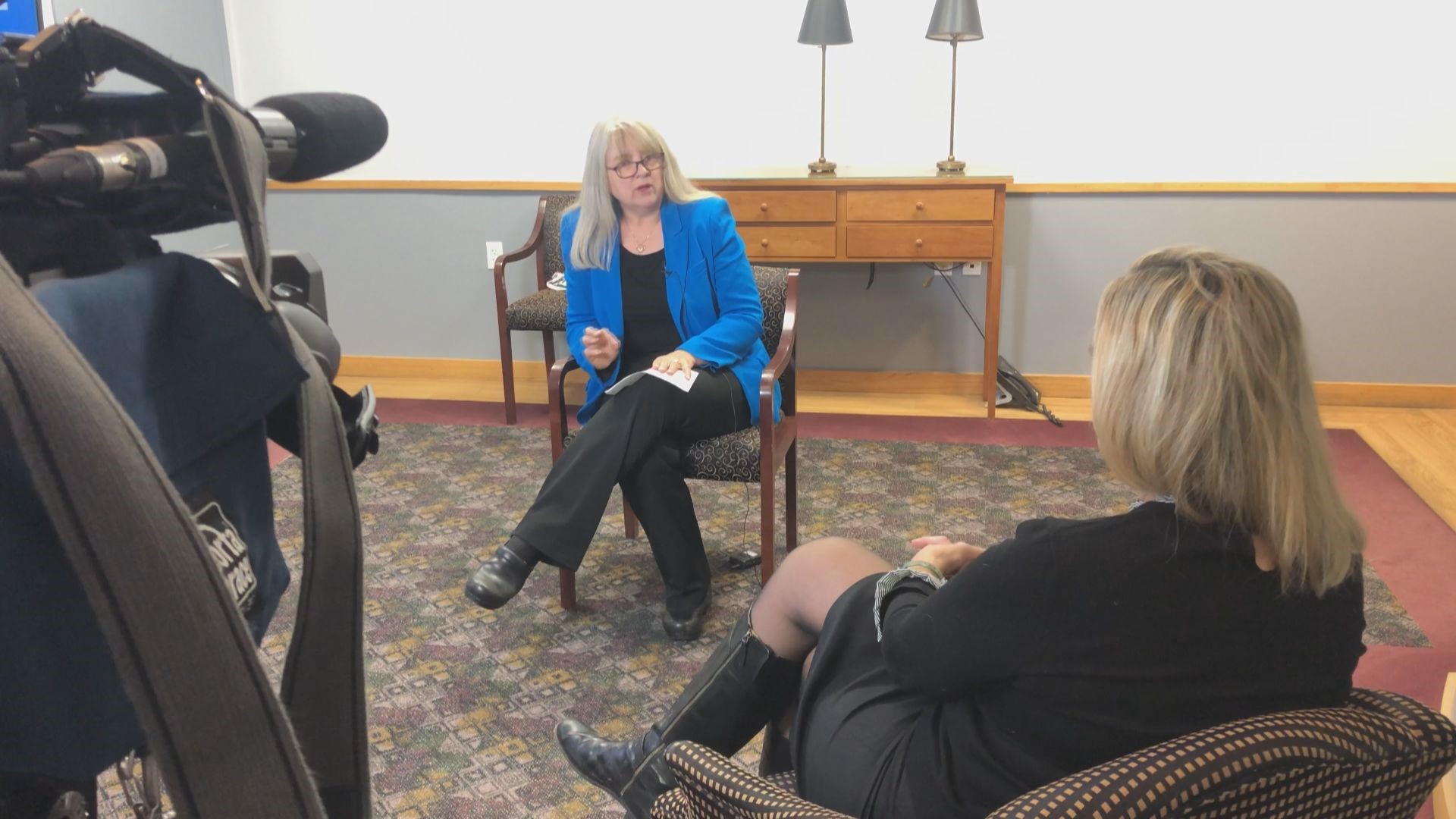 "They are killing my brother in the emergency room, I need some help, I need somebody to do something," Karen said.

Tom had lost 75 pounds when a bed finally became available at the psychiatric unit at St. Mary's Hospital in Lewiston.

Karen says Tom started having violent seizures after he began being admitted to the emergency room. She believes they were the side effect of all the medication. After spending six weeks in hospice - Tom passed away in July with his parents by his side at the age of 47. A seizure was listed as the cause of death.

"There is just not enough psychiatrists, behavioral health professionals, to be caring for the needs that we have in the state of Maine," says DHHS Commissioner Jeanne Lambrew.

Lambrew says the agency is assessing gaps in the system, especially behavioral health care. Providers say low reimbursement rates have made it difficult to hire and train staff to work with children and adults with conditions ranging from developmental disabilities to mental health problems. The department is looking to build a network of available beds, possibly utilizing technology such as an 'open bed' app that's being used in other states.

In the most recent state budget, 167 people waiting for Section 21 services were moved off the waiting list for Section 21. As of October 1, more than 1,900 hundred Maine adults are waiting for a home and community-based programs also called 'waiver' programs. That includes day programs, workforce opportunities and housing for adults with intellectual disabilities complex medical needs. But the agency says this doesn't tell the whole story - two-thirds of that number are still receiving other services.

A class-action lawsuit filed nearly 20 years ago, forced DHHS to reduce the list of children waiting for services. As part of an agreement, the agency pledged that children would not be waiting for more than six months for services - a requirement under federal law. Even with this stipulation, children are waiting for months to years.

Commissioner Lambrew says addressing the wait times for children is a top priority. The agency is considering partnering with the Maine Department of Education to merge programs to develop a 'life span' waiver that would provide more seamless services from pre-K through adulthood.

But that's not soon enough for Aranka Matolcsy's 7-year-old son Colby who has Down Syndrome.

"He has very high needs, he can be very unsafe," says Aranka.

Colby has spent more than 6 months on a waiting list for a variety of services including a BHP, services that are key in helping children with intellectual disabilities learn how to function in everyday life. Colby had a BHP who helped him learn how to brush his teeth, dress himself and go out in the community.

"It was life-saving for me, it brought me tools, in my toolbox that I didn't have before," said Aranka.

That aide left for a better paying job. Colby's mom says living in a rural area, finding new staff is a huge challenge.

"We are told we could be on these lists for years."

Without a BHP, Aranka, a single mom can't work outside the home, because her son is not able to attend daycare without support. She says the state needs to pay now or taxpayers will pay later.

Meanwhile, as Travis Wheeler passes his time organizing his extensive record and card collections, his family shares the same fear.  All of his friends have finished college and started careers, including his twin brother. One day, Travis hopes to open up his own sports memorabilia shop: a dream that's been sidelined for now.

For more information on eligibility and programs go here. 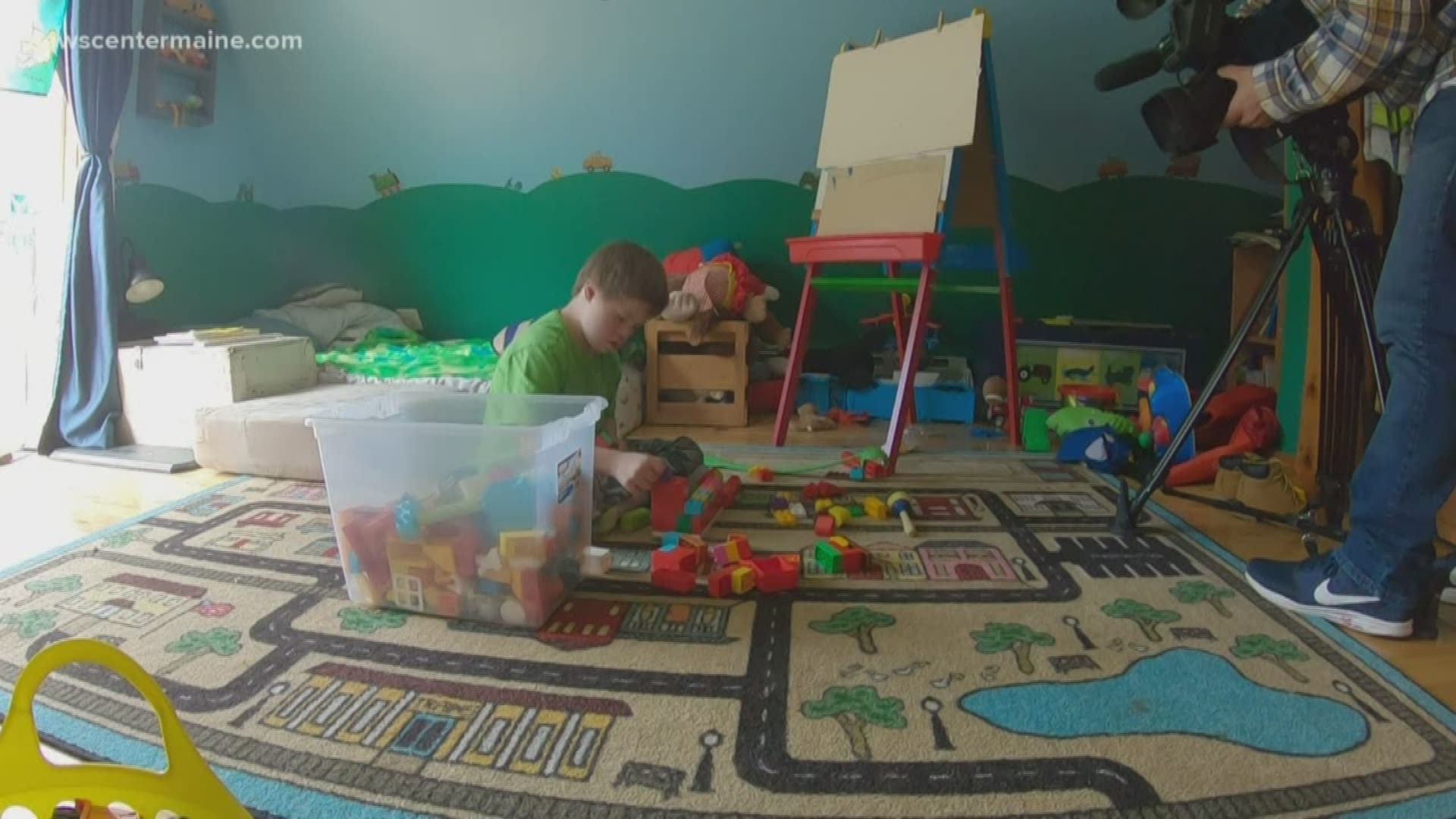