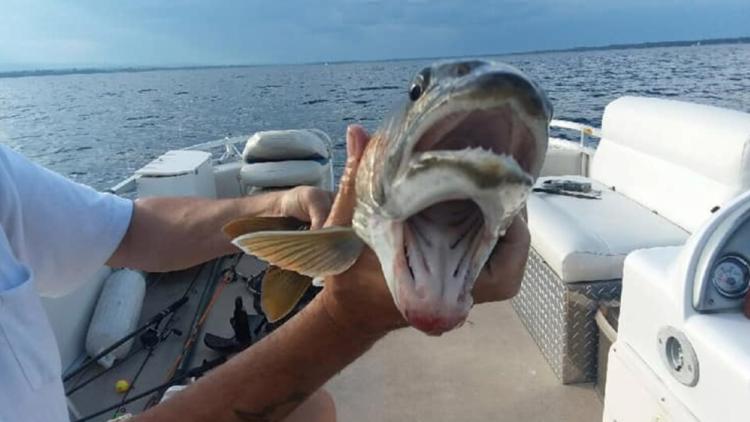 PLATTSBURGH, N.Y. — An average fishing day turned into a rare one for an angler on Lake Champlain.

Debbie Geddes was fishing with her husband when she reeled in a fish with two mouths, according to the NBC affiliate in Plattsburgh, New York.

She let the fish go, but not before snapping some pictures. The pictures went viral after she shared them with her co-worker Adam Facteau, who shared them on Facebook.

"I've had messages from all over the world, like people asking about this fish and it seems like everybody's got an opinion on what is the cause of this fish having two mouths,” Facteau said.

There is no definitive answer but plenty of interesting theories including an injury from a swallowed hook or the fish being offspring of Lake Champlain's famed lake monster, Champy.

"Good luck," Geddes said when asked about advice for other anglers looking to find a two-mouthed catch.