Students at Skowhegan Area High School were promised gender-neutral bathrooms for the start of the school year. They are still not in place. 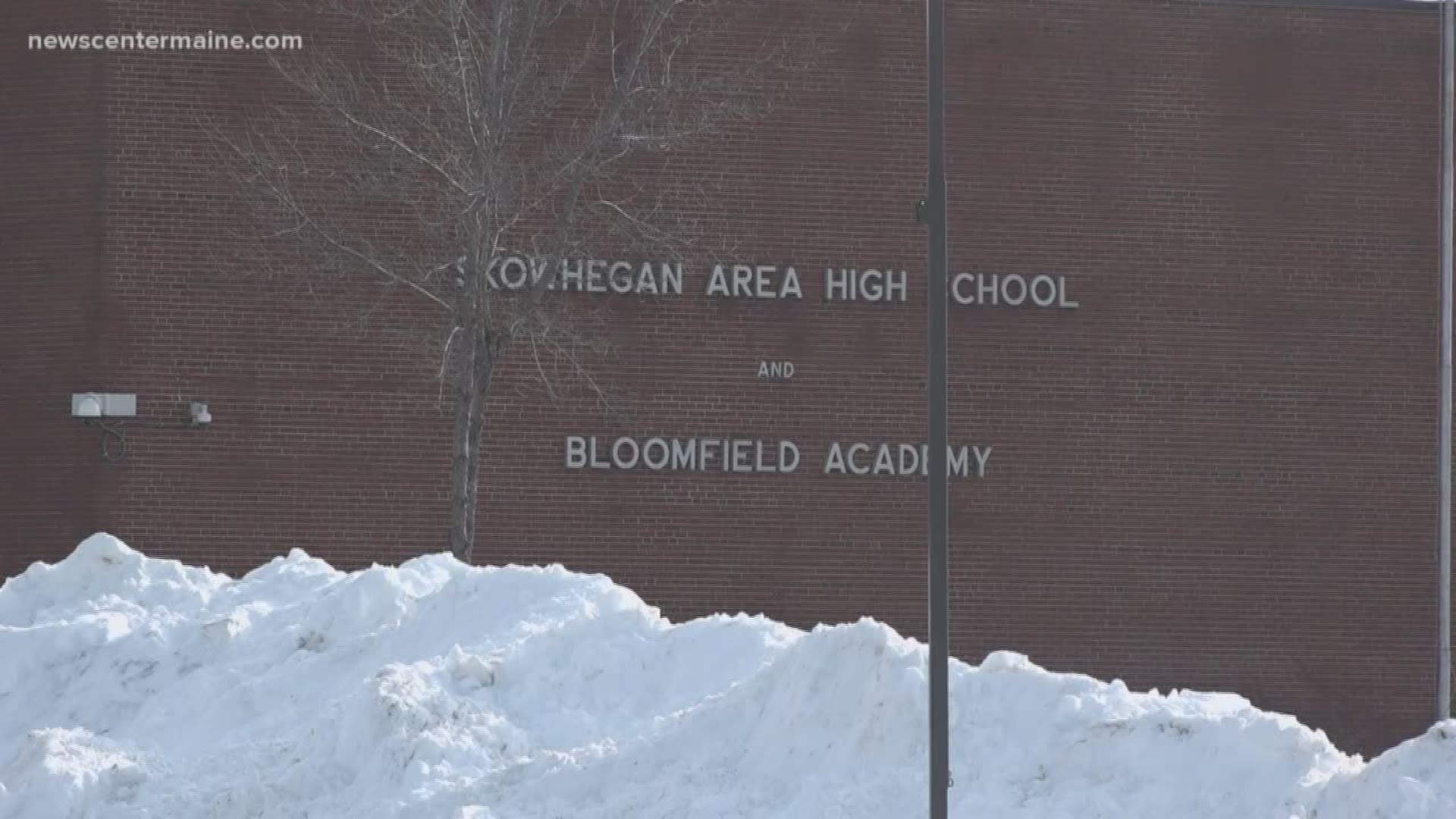 SKOWHEGAN, Maine — In a recent survey in Somerset County, more than 350 students say they identify as gay, lesbian, bisexual or transgendered.

Some of those students go to Skowhegan Area High School where gender-neutral bathrooms were supposed to open at the beginning of the school year.

But they did not.

Students and their supporters asking about the bathrooms tell us they were met with homophobic language.

"The students asked us as adults to find out what the status is of the gender-neutral bathrooms in the high school," Margaret Jane O'Connell said. O'Connell is one of the founding members of LGBTQ Somerset Social. The group is made up of community members, students, parents and allies in the community.

Students at Skowhegan Area High School were promised gender-neutral bathrooms for the start of this school year.

When O'Connell and others questioned the school board at the beginning of the new year, she said its members replied with homophobic language.

"Miss Gordon spoke first and spoke about our community members not being 'normal'," O'Connell said.

After these comments, the school district released a statement saying in part,

"...We regret not shutting those comments down sooner and want to apologize to anyone who was offended by what was said and to assure them and our entire community that speaks of that nature is not acceptable..."

Thursday, Superintendent Brent Colbry would not answer our questions on camera at his office.

Instead, via email, he said the students have access to five gender-neutral bathrooms.

Three are in the main office area, where students need permission to use.

The other two are in another building at the Somerset Career & Technical Center.

"It provides an unsafe situation for those students," O'Connell said.

Research suggests students are becoming younger and younger, too.

"The largest reporting group of students reporting themselves of their own identity of trans are 15 and 16-year-olds. So I think that what we're seeing is that trend is coming to the high school and they're more and more comfortable at younger ages openly identifying and I think that the schools need to be prepared for that," Andrew Robert Bourassa said.

Bourassa is the father of an open student at Skowhegan Area High School.

RELATED: Dad charged with assault after tackling student who was wrestling his son