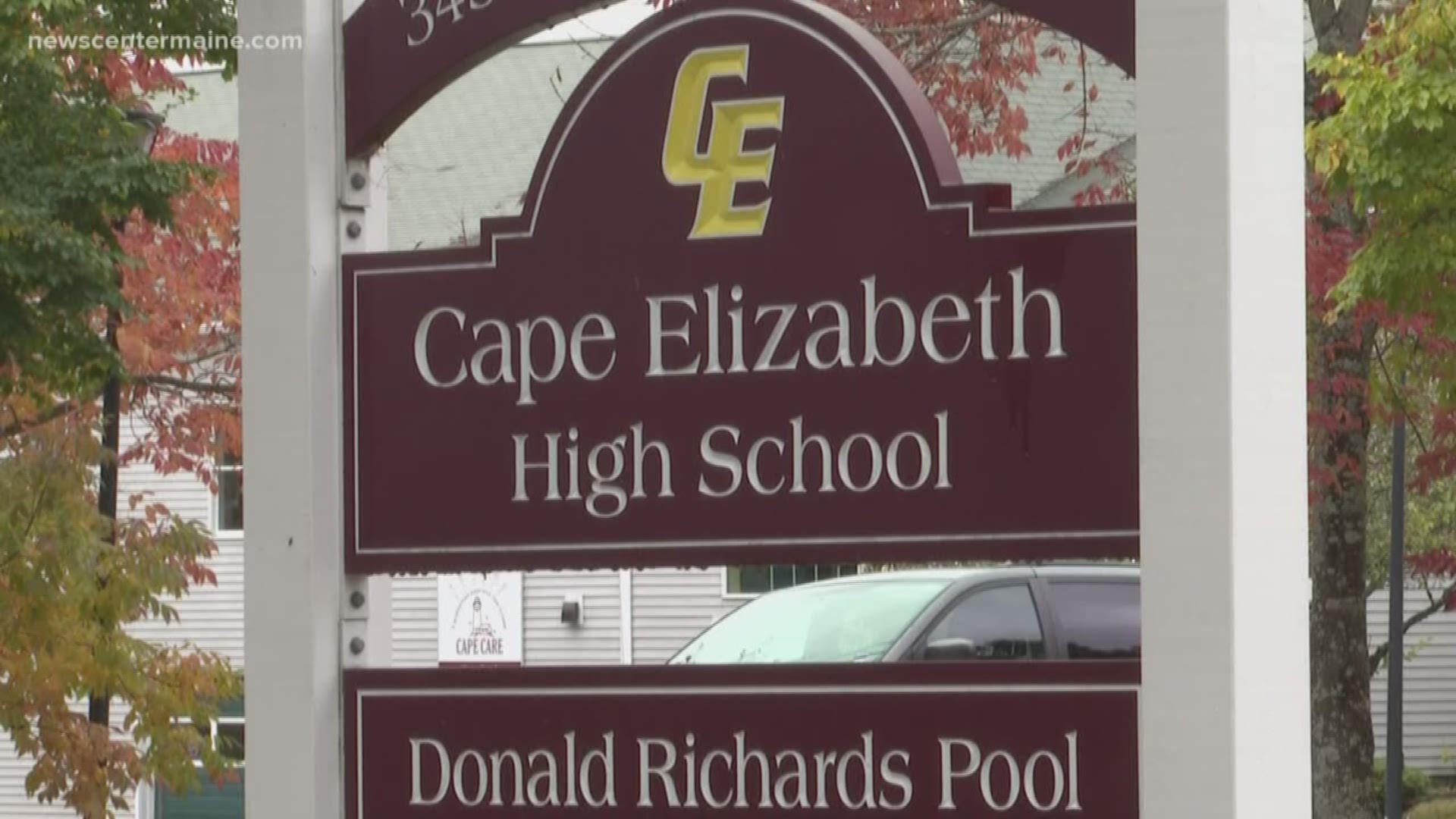 CAPE ELIZABETH, Maine — A sophomore at Cape Elizabeth High School told NEWS CENTER Maine on Friday, October 4, that she was suspended for bullying after she left sticky notes in two girls bathrooms reading, "There’s a rapist in our school and you know who it is.”

But school officials said they are required by law to investigate any time a student bullies another student, and said they are confident in their investigation of the incident.

Mansmann learned of her suspension hours after NEWS CENTER Maine spoke with Cape Elizabeth Superintendent Donna Wolfrom. Wolfrom said the school is taking all proper steps to ensure that students feel safe. She said she is confident students are in no danger.

Wolfrom said students should have voiced their concerns in a different way.

"I think there is a proper way to do it," she said. "If they go through the proper channels, I think [reporting it] is perfectly fine. We are willing to listen to our students ... [The sticky notes] caused a lot of confusion. We spent a lot of time investigating. It had adverse effects on other students. I think there could have been a better way to do it."

Cape Elizabeth schools released a statement later Friday afternoon saying the school department has never disciplined a student for advocating for their peers or their views on cultural, social and political matters.

Of seven sexual assault allegations over several years, "not all the allegations were founded," but all were thoroughly investigated, she said.

In June, three students from the high school went before the school board to express their concerns about how their school deals with reports of sexual assault.

All all the allegations were investigated thoroughly, Wolfrom said, adding that the school has listened to students and updated school policies and procedures.

Cape Elizabeth High School has roughly 600 students and Wolfrom said administrators recently interviewed 49, asking them if they felt safe at school. All 49 said they did, according to the superintendent.

Police in town said Friday that they have only investigated one sexual assault allegation made by a student at Cape Elizabeth High School in the last year.

Cape Elizabeth Police Chief Paul Fenton said the student's sexual assault allegations are a concern. Fenton says he wants kids to feel safe at school and he wants to have a good relationship with the school community.

Wolfrom said the school is updating policies and procedures for how to deal with child sexual abuse claims and how to report them properly. She said staff, and eventually students, will be trained.

Susana Measelle Hubbs, Chairwoman of Cape Elizabeth School Board, said one student was suspended but it was not related to the sexual assault allegations.

Jamie Garvin, Chairman of the Cape Elizabeth Town Council, said in a email to NEWS CENTER Maine, "The town council has confidence that the school board, school administration, their legal counsel, and the public safety department are handling the situation per their protocols and requirements under the law, and that any concerns or allegations raised will be taken seriously, handled with care, and investigated as appropriate.

Mansmann said she never named the alleged "rapist" and doesn't understand how the notes are bullying.

"I find that that is completely out of line," she said.

She said she and her family are going to discuss what, if anything, to do now. She hopes that the incident will start a conversation and spark change "to make strides that will make sure these things don't happen again, and to the people that have been affected, they ... feel safe."