"I always want to encourage kids who want to write. Plus, giving back makes a better world. We need that now," said Stephen King to NEWS CENTER Maine. 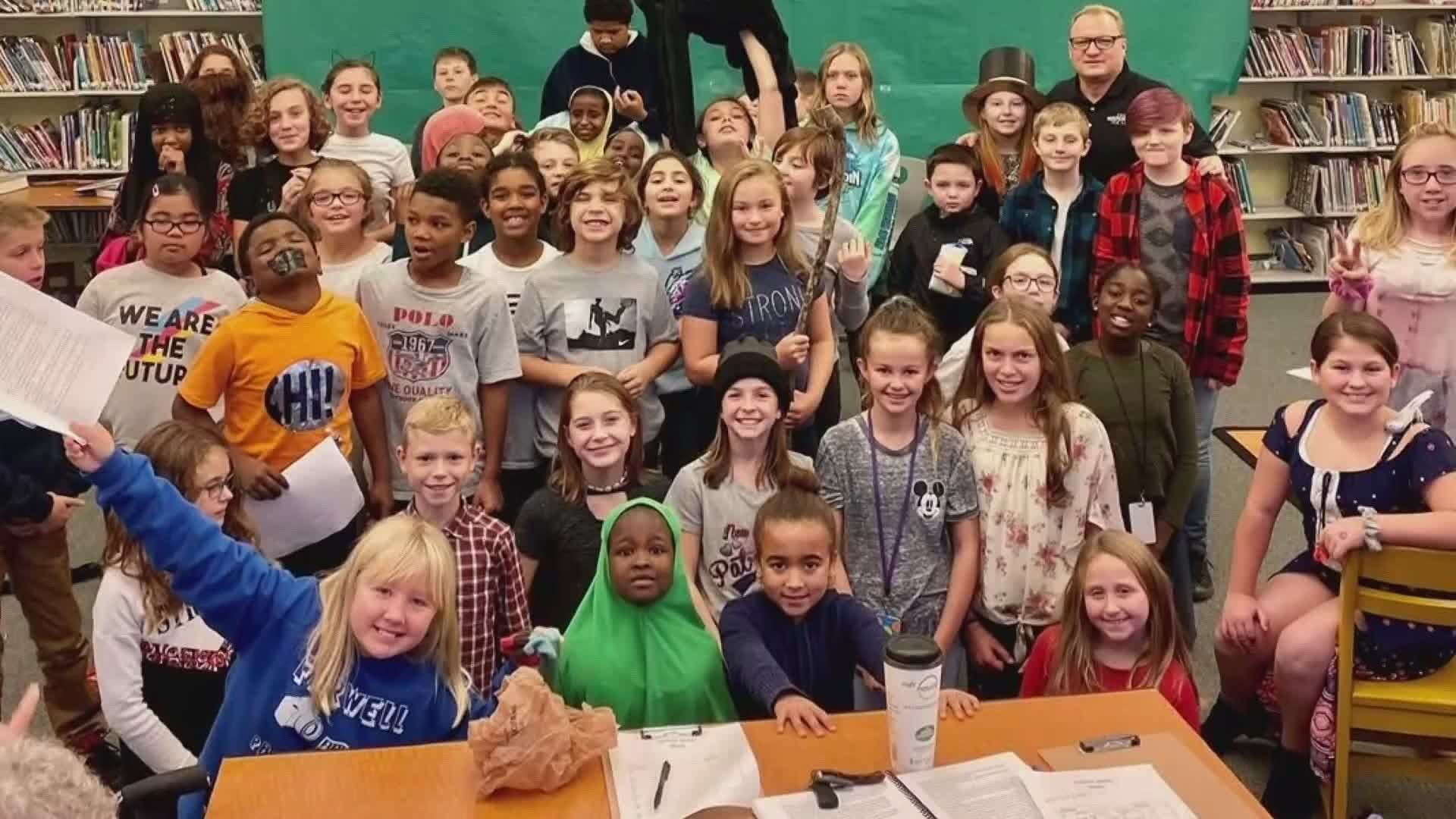 LEWISTON, Maine — Students in the Author Studies program at Farwell Elementary School in Lewiston are one step closer to fulfilling their dreams of becoming published authors, thanks to a generous donation from one of Maine's most famous writers.

According to school officials, the program received a $6,500 donation from the Stephen and Tabitha King Foundation in order to publish two novels written by the students alongside school volunteer, author, and director of the Author Studies program Gary Savage.

"I always want to encourage kids who want to write. Plus, giving back makes a better world. We need that now," said Stephen King to NEWS CENTER Maine in a statement.

NEWS CENTER Maine spoke with the students following the completion of the novels as they looked to raise money via Kickstarter to fund the printing and publishing.

After that story aired, however, Stephen King got word of their efforts, and his foundation with his wife offered to cover the full expense of publishing.

"You persevere, you keep working hard, you have patience, and it eventually pays off, and it's really been paying off big for them," said Farwell Elementary School principal Amanda Winslow.

"I always want to encourage kids who want to write. Plus, giving back makes a better world. We need that now." - @StephenKing

Thanks to this donation, these students will now become published authors, many before even leaving elementary school

Savage has been coming into Farwell Elementary since 2015 as part of the Author Study program, coordinating alongside school librarian Kathy Martin.

When the COVID-19 pandemic first reached Maine in March, Savage and Martin quickly moved the program online and created a new task for the students. The students worked to transform two novels written by Savage to take place during the pandemic. Fletcher McKenzie and the Passage to Whole, as well as the sequel Fletcher McKenzie and the Curse of Snowfall were reworked and adapted based on the students' own experiences as well.

"Really incorporating their own experiences into the book, really that extra kind of feeling of this is a real book that you can really get your hands around, and once you start to read it you can't put it down," said Savage.

Savage says the books are expected to be printed and published in April of this year. Students in the program will also be credited as contributing authors.

"It's very exciting to see that Stephen King is actually noticing us and wanting to help us out," said 7th-grade student Lilly Baulie.

"To look back at all of the years we've put into it, and now it's here is really cool," added fellow 7th grader Ella Leo.