The state is paying for $59 million of the project, which will combine Memorial and Mahoney Middle Schools, and transfer fifth graders from the elementary schools. 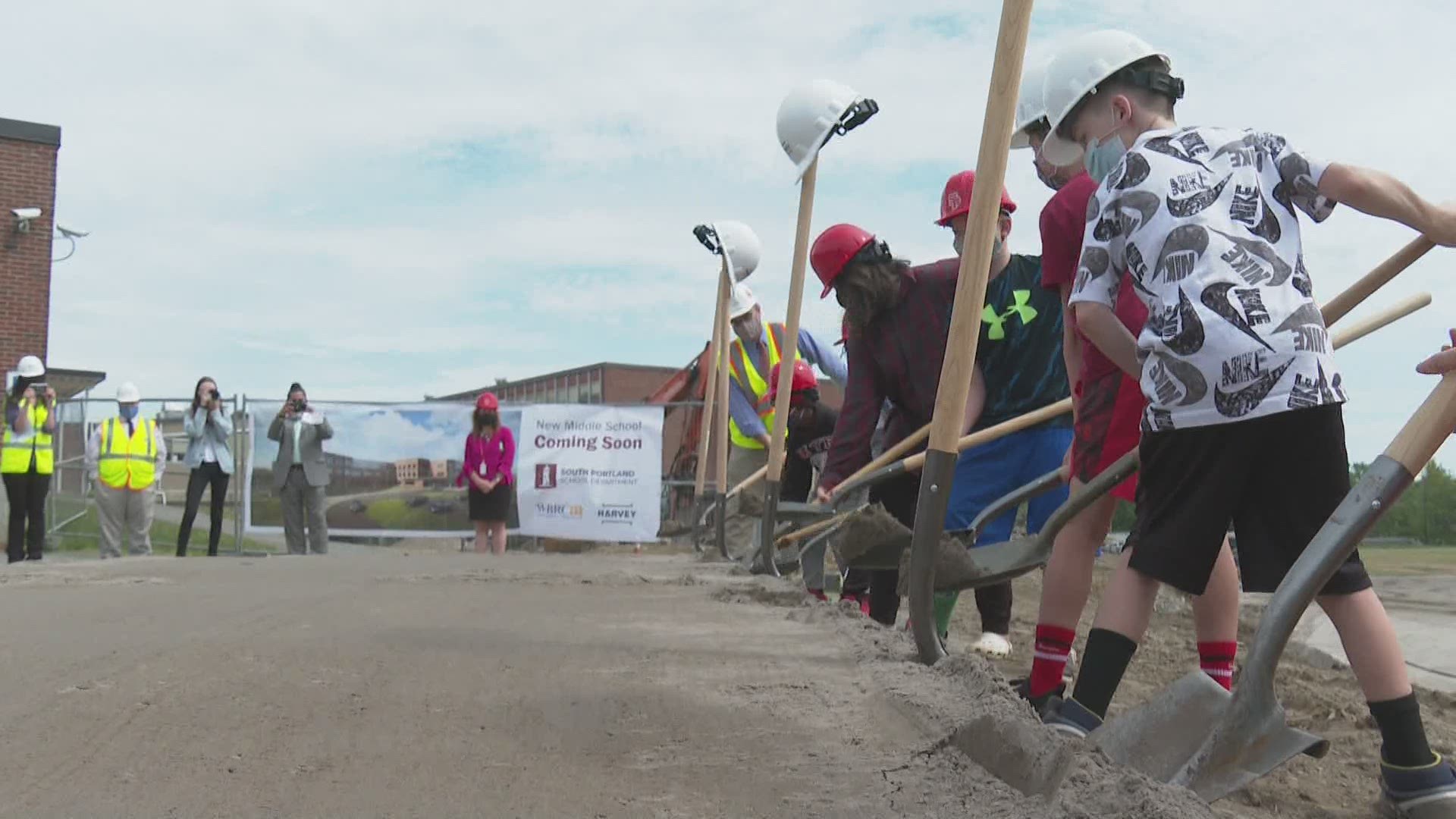 The new school will be for students in grades five through eight for all students in South Portland. It is expected to open in September 2023.

The new school, which has yet to be named, will replace Memorial and Mahoney Middle Schools.

Kunin said the building is designed to feel like a smaller school and function as "two schools that start at two separate times."

The area around Wescott Road where the building is going is already congested, Kunin said, so the schools will start 45 minutes apart from each other to relieve traffic: grades seven and eight will likely start first, followed by grades five and six.

"It's one thing coming into a school with 400-450 other students, and another thing coming with 850-900, so that alone will make it feel smaller," said Kunin. "We've also designed the building to go up rather than out, so it really feels like a tight neighborhood, and have built gathering spaces around classrooms so teams of students, neighborhoods students can work together."

Moving grade five to the middle school allows the district to expand its pre-K program in the elementary schools.

The new middle school was designed to be able to increase capacity by 15 percent should they need to add more classrooms.

Kunin said Memorial needed to be replaced because it "cannot be brought up to modern standards," and that Mahoney was not easily accessible by wheelchair.

"To have a school that doesn't have full access is really not okay in this day and age," Kunin said.

He said Mahoney would be turned over to the city once it is no longer needed as a school. The city will then decide what happens and will start a public process for future planning.

As for Memorial, Kunin said it was poorly constructed so that it had "outlived its useful life."

Superintendent Ken Kunin said Memorial will be torn down once the new school is finished.

Kunin said that they compared the costs of renovating the existing buildings versus constructing a new one and that voters favored the latter.

The state will pay $59 million of the $69 million price tag. The city will pay the remaining $10 million, which will include the renovation of the school department’s transportation facility as well as the relocation of its central receiving and facilities office.

That money also pays for sustainability features such as solar panels on the roof and south-facing wall, as well as a geothermal well system hidden under the field, a larger gym, and larger music spaces.

The district applied for state funding 11 years ago and was approved in 2016.

"You know we've been dreaming about this and I've been walking over this property a long time and imagining what it could look like and now it's beginning to look like what I imagined," Kunin said.