In Tennessee, 53 cases of lung injury have been associated with e-cigarette usage, one of those recently resulting in death. 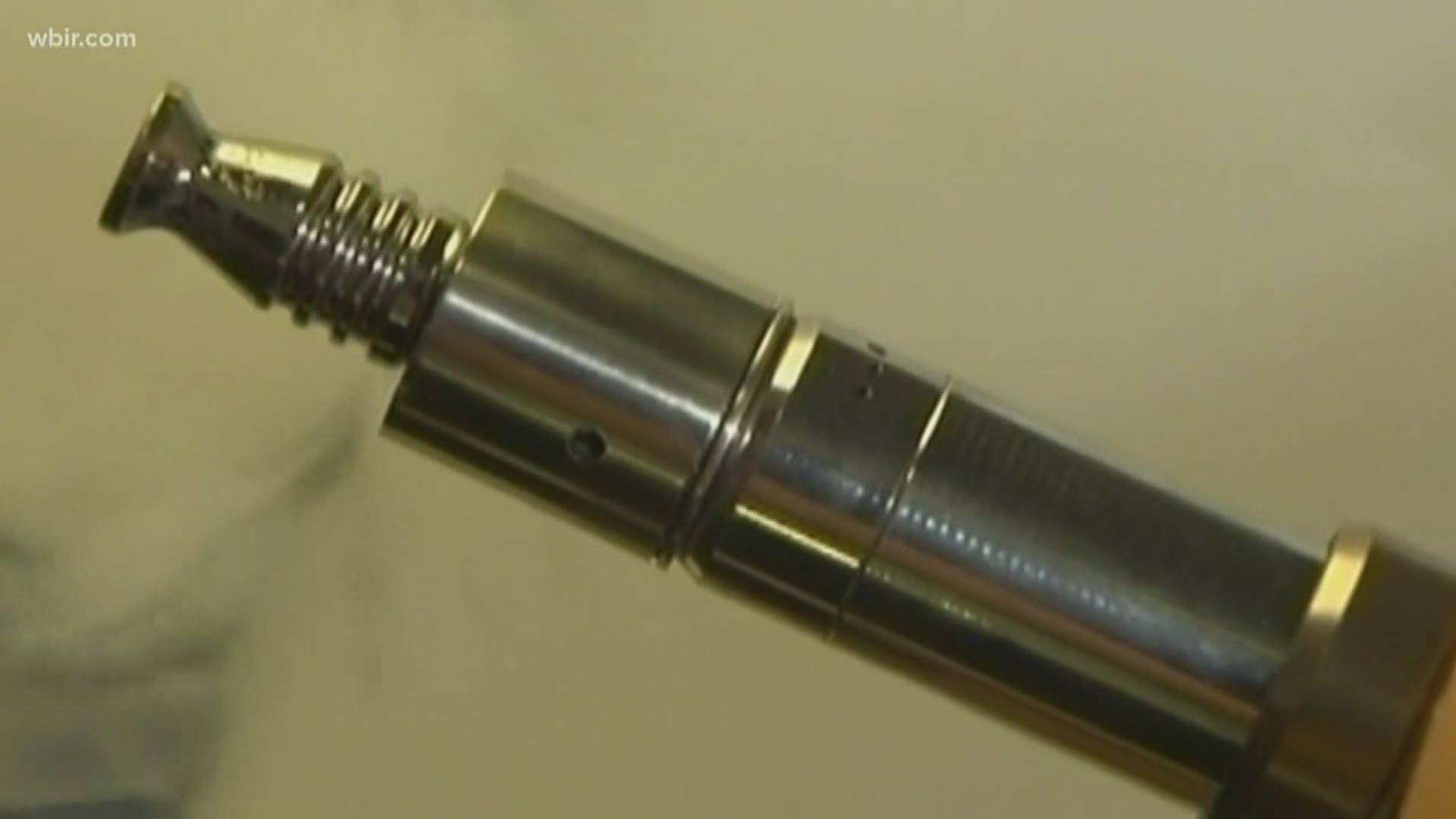 SEVIER COUNTY, Tenn. — Sevier County Schools is joining the list of East Tennessee schools working to warn teens and parents about the dangers of youth vaping.

The school system has drafted up a new set of rules and guidelines as health officials continue to investigate a string of respiratory illnesses and deaths associated with e-cigarette usage. Most of the patients in those cases have been adolescents and young adults who reported vaping THC products, according to the CDC.

Under the new rules, teens under 18 caught vaping nicotine products or using any tobacco products will be subject to civil penalties and will be cited by law enforcement. Students 18 and older would not be cited, but would still be disciplined all the same if caught vaping on school grounds.

The school system said the first offense for those caught using tobacco or vaping products would include three days of alternative placement at Greenbrier or suspension. Repeated offenses would result in longer sessions at Greenbrier or out of school suspension, up until the 4th offense, which would require a hearing with the superintendent.

Those caught distributing vaping or tobacco products face stiffer penalties. Those caught using THC products of any sort would disciplined in accordance with controlled substance policies.

"The health and welfare of the district's students are paramount. Due to the increased prevalence of vaping products and vaping-related incidents in the schools, the district seeks to implement a uniform method of discipline to address the illicit use of these harmful products," the guideline reads.

The school system has also set up a page dedicated to providing parents with information on vaping.

The school system said parents should be on the lookout for vaping equipment and have frank conversations with their children to discuss the dangers of vaping.

In Tennessee, 53 cases of lung injury have been associated with e-cigarette usage, one of those resulting in death. Nationally, nearly 1,500 cases have been reported with 33 deaths.

National data suggests products containing THC, particularly those obtained off the street, are linked to most of the cases and play a major role in the outbreak.

RELATED: US probe of vaping illnesses focuses on THC from marijuana

While THC is suspected to play a large role, the CDC said the specific causes of lung injury in all cases are yet unknown, and the only way to assure people are not at risk is to refrain from using all e-cigarette and vaping products.

Reports of illnesses appear to have began as early as March. Symptoms of the illness include severe shortness of breath, fatigue and chest pain.

Youth and young adults are warned that nicotine e-cigarettes are unsafe for other reasons -- as the CDC said nicotine is highly addictive and can harm adolescent brain development into the early to mid-20s.