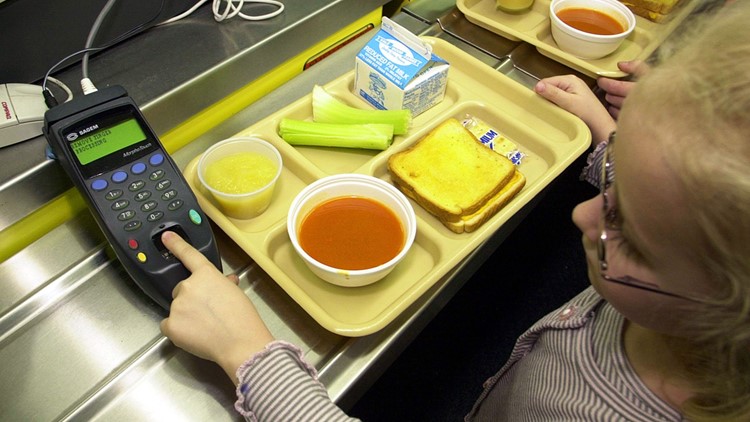 WASHINGTON, D.C., USA — Sen. Angus King has signed onto a bill that Senator Susan Collins introduced back in April which aims to make sure students don't feel ashamed if they can't pay for their school lunch.

The Anti-Lunch Shaming Act, according to King's office, would amend an already existing law to prohibit discriminatory treatment of kids by schools when they can't afford their school lunch.

The law would mean school staff could not publicly identify a child who can't pay or force a child to work for their meal.

Gov. Mills signed a similar bill into law earlier this year that would prevent a school from refusing a meal as a form of disciplinary action, or openly identifying or stigmatizing a student who cannot pay or owes money.

It also would require a school to communicate about debt directly with a parent or guardian, not the child.

RELATED: New Maine lunch law: 'Who in the end will pay?'

Some school officials expressed concern about unpaid student lunch debt exploding under Gov. Mills' law. Some school districts in Maine have school lunch debt in the tens of thousands of dollars.

When we asked parents about the law on social media earlier this year the response was divided.

The passage of similar legislation in Denver, Colo. sent lunch debt soaring from $13,000 to more than $350,000 in a year after some parents stopped paying for lunches altogether.

The Maine Legislature estimates the state's mandate will have an unknown, "significant cost" statewide for public schools.