The price tag for the electric school bus was about $350,000. 80% of it was paid by a grant from the Volkswagen Emissions Fraud Settlement. 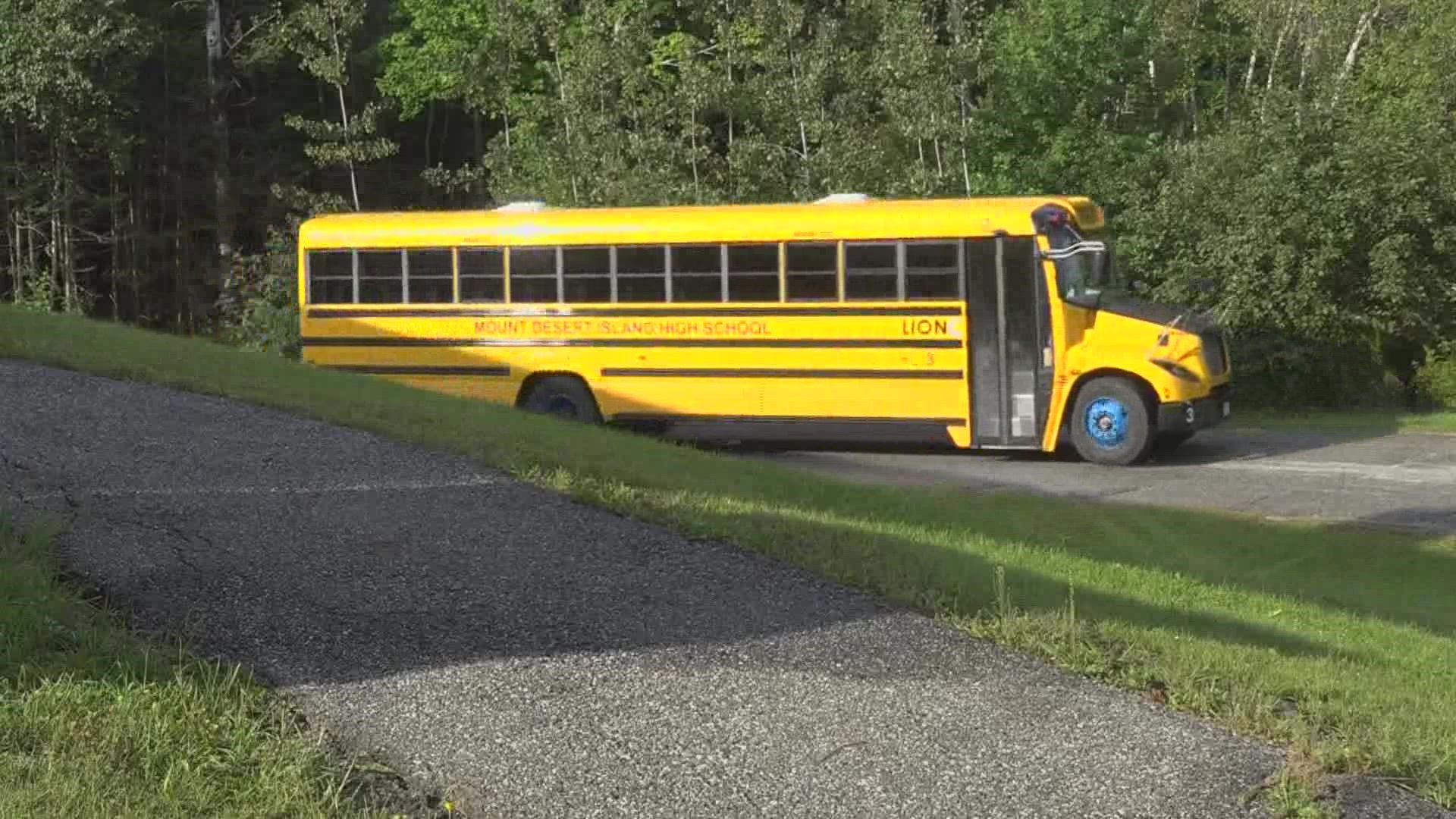 BAR HARBOR, Maine — For a group of students in Bar Harbor, the ride to and from school has gone green.

The bus comes after the high school installed more than 1,000 solar panels a few years ago, becoming Maine's first school to run completely on renewable energy.

Bus driver Doug Van Gorder pushed for the 100% electric school bus, which is estimated to save the school about $5,000 a year in fuel costs.

"About two years ago, someone from 'a climate to thrive' asked if we would consider getting an electric school bus, I didn't even know that was a thing. So I looked into it and yeah it looked good, it made sense, except for the cost. You can buy four standard buses for the price of this bus, and so I kind of let it go, I knew that wouldn't fly with the budget," said Van Gorder.

That budget was saved by a $280,000 grant from the Volkswagen Emissions Fraud Settlement. Those dollars covered 80% of it, and the school paid for the rest.

Maine’s first electric school bus is now taking students to and from MDI High School! 🚌 I’ll take you for a ride tonight at 6pm on @newscentermaine. pic.twitter.com/jLtVxmWmm9

The average price for an electric school busses is about $350,000.

The Volkswagen settlement funds grant for school districts to make earth-friendly changes to equipment and facilities.

"We thought it was a great idea, because of the energy and all that stuff and how much gas we use," said Eric Hann, operations manager at the high school.

"It plays very nicely with the rest of our ecological plan!" said Dawn Burgess, sustainability coordinator at MDI High School.

Burgess says the high school is on a mission to being carbon neutral by 2030.

This is not the first green initiative the school in bar harbor has taken on. The high school is also Maine's first school to completely offset its electricity use by having installed 1,400 solar panels a few years ago.

"The environment that we have here we are trying to go green so it was nice to try and see what other things are out there, between the solar panels we have, and we also have chargers here at the high school that other people come and they charge their vehicles also," Hann said.