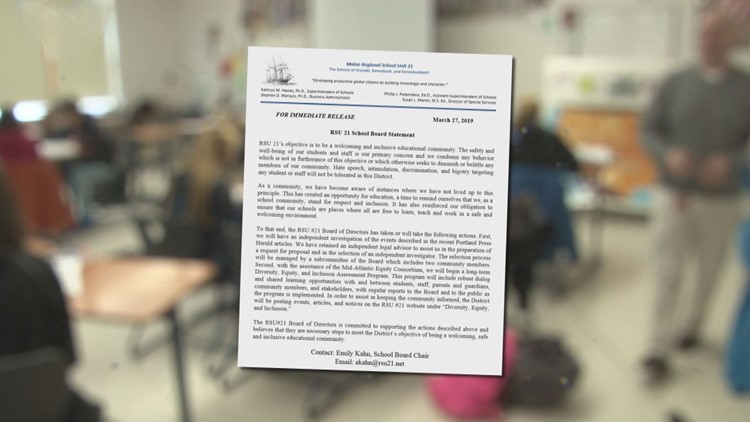 In February, the Portland Press Herald reported that former teacher, Rosa Slack, told the paper Kennebunk High School was aware of an issue with racism and did nothing to address it. Slack told the paper about an instance involving two students and a confederate flag.

School officials for RSU 21 announced they would launch an “independent investigation” into claims of racism.

The investigation prepared by Sanghavi Law Office of Brookline, Massachusetts was heavily redacted in multiple places and difficult to understand.

In the letter today, Potenziano recognized that the district did not handle some of the events in the best way, but promised they will never happen again.

Potenziano said he will also propose "critical" Affirmative Action training at the school board meeting next week.

"Please join me in my call for all students, staff, families, and other members of our community to engage in the dismantling of systemic racism, hateful language, and violent actions," Potenziano wrote. "Together, we will make our district one of tolerance, acceptance, and inclusion for all."\