The decision came after emails and calls from dozens of parents and providers. 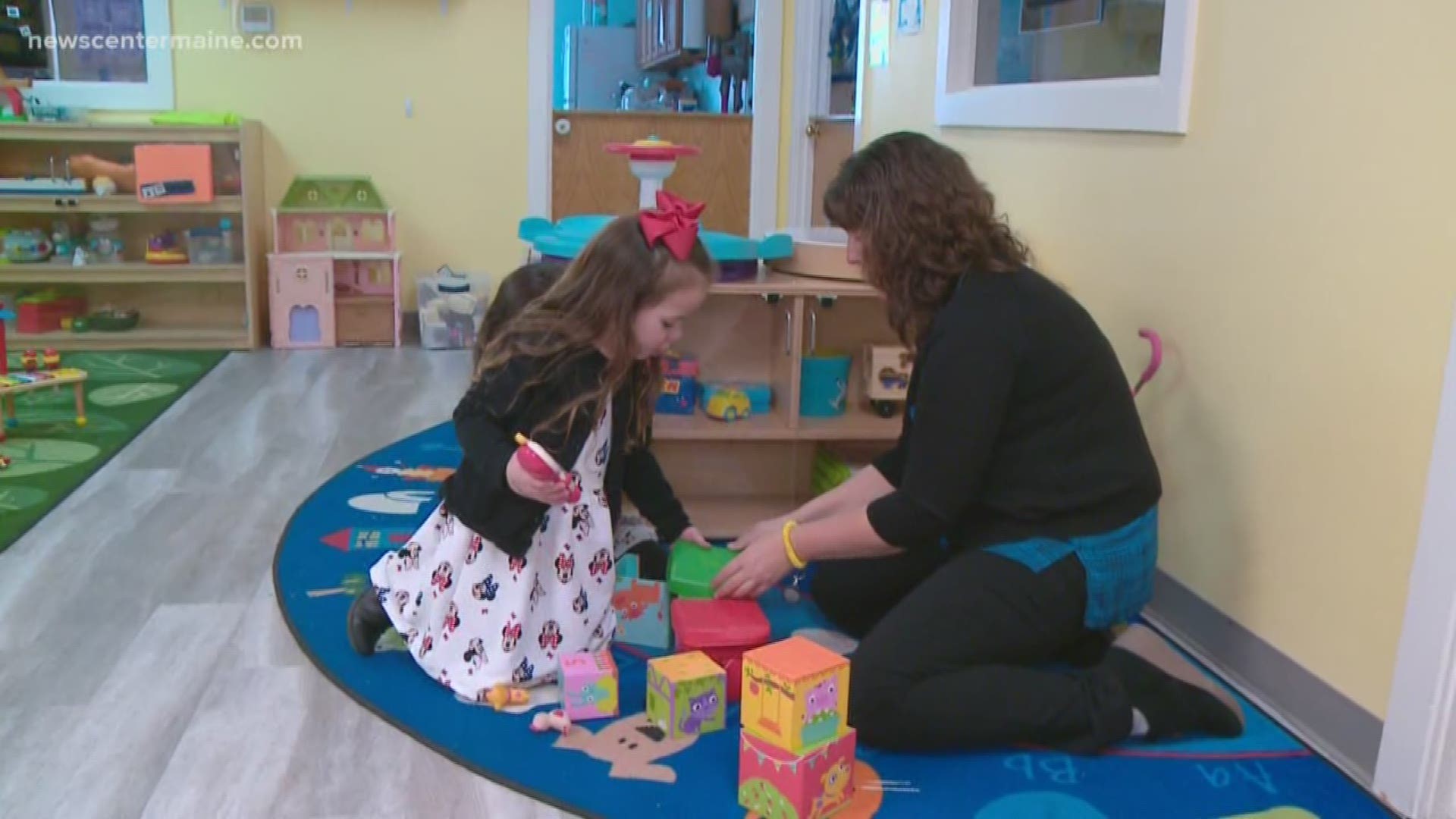 AUBURN, Maine — A proposal by the Maine Department of Health and Human Services (DHHS) to combine all school-based services for special needs students into a new section under Maine Care, the state's Medicaid program, is now on hold.

That decision came after a flood of emails and calls from parents and providers.

Four-year-old fraternal twins Delaney and Emerson Smirles both have autism. When the girls first came to the Margaret Murphy Center for Children they couldn't talk. But after receiving intensive early intervention services, including speech therapy at this private special purpose school—miracles are happening.

Delaney is now saying a few words and Emerson now says 'mama' for the first time.

"It's taken a year and a half but she says Mama now," Kendra Levasser-Smirels, the girls' mom, said.

RELATED: Clearing the waiting lists is a step in the right direction

But providers say some of the services these girls receive could have been in jeopardy under a new rule proposed by the DHHS. The plan would roll medically-necessary school-based services for special needs students, pre-K through 12th grade into a new section under Maine Care.

Section 106 prohibits educators from using Maine Care to pay for specially designed academic instruction forcing some pre-school programs to try to find other sources of funding.

It called for a reduction in reimbursement rates by more than 20 percent for providers—from ed techs to speech therapists.

"Many providers at the table said they would have closed their doors if this went through," the Director of The Margaret Murphy Center for Children said.

Right before we sat down with Hathaway, DHHS posted an update on its website that the proposed rule had been withdrawn.  The reversal comes after a outpouring of emails and calls from dozens of parents over the past several weeks

In a statement to NEWS CENTER Maine, a DHHS spokeswoman said the department plans to re-submit the update rule but is committed to working with the Department of Education, pre-schools, schools to meet the needs of children and families throughout the state.

The Department says a new rule is needed to comply with federal rules while ensuring access to these critical services. Educators and parents say they want a place at the table moving forward.

Crafting a new, plan educators and advocates, including members of the Maine Parent Federation, say it needs to go before lawmakers—not a DHHS rulemaking process. So the public will get a chance to weigh in regarding the future of key school-based services for specials needs students.

Several thousand signatures have been collected on a  petition to stop Rule 106. The signatures were to be presented at a public hearing on the proposed new rule Tuesday, Feb. 18 which has been canceled.