Many UMaine students head home for the holidays, but some stay put

The University of Maine System announced Wednesday 50 students will remain in isolation or quarantine over the Thanksgiving break. 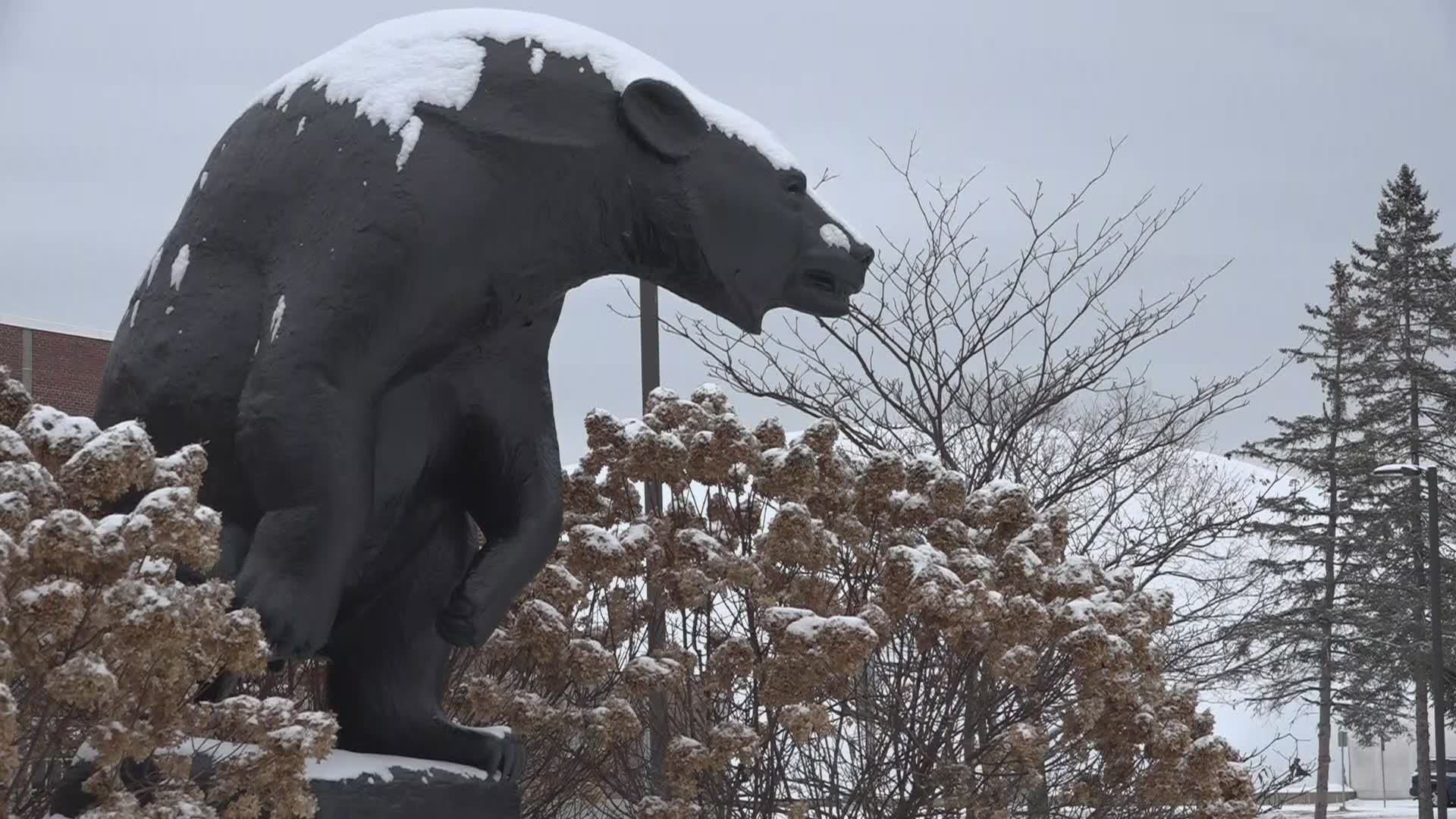 ORONO, Maine — Even in the year of a global pandemic, college students are excited to go home for Thanksgiving. Wednesday was the final day before the holiday break, but some students are still on their respective campuses.

“We did departure testing to make sure when students head back to Presque Isle, Dover-Foxcroft, or Hartford, Connecticut that they have a test that they know they’re negative," University of Southern Maine (USM) President Glenn Cummings said.

While the vast majority of students will be spending 'Turkey Day' around a table with loved ones, 50 are staying put.

“We know that it’s a tough time to be away from family and friends so we’re trying to support them as well as we can," University of Maine at Orono President Joan Ferrini-Mundy said.

At UMaine Orono and USM, 15 students are in quarantine or isolation on each campus after a positive COVID-19 test.

Emily is a first-year Black Bear in Orono and said she was sent to Knox Hall after her roommate tested positive. After her results came back, she was off to isolation for 10 days.

“(UMaine officials) were really, really helpful throughout the whole thing. I was like wow, I’m surprised they haven’t done this before because they were really efficient, and people knew what they were doing, and people were in contact with me," she said.

The schools are providing meals multiple times a day and students are constantly checked in on by staff.

“It’s a very hard time obviously, to be alone during the holidays, so we’re going to make them feel like they’re not alone," Cummings added.

It's not a dream scenario for Emily or her 49 peers around Maine, but she is a few days away from leaving campus after nearly completing her first college semester.

All UMaine System students will not return to campus until January 25, the target date for the start of the second semester. Remote learning will be implemented for the last few weeks of the first semester.

“I think most people were just happy to be here and that’s kind of like how I was, too. I just wanted to come and see it for myself and hoped it worked out," Emily added.

It was a successful semester in the eyes of school officials. The UMaine System reported Wednesday 102 known cases between students, faculty, and staff.

“We had a fantastic plan and so many people worked all the way through the semester, and I think it went really, very, very well. Our students were remarkable," Ferrini-Mundy said.

With Orono being the biggest school in terms of student population, Ferrini-Mundy said she was proud of how students respected each other and the entire community by limiting social gatherings and the spread of COVID-19.

One thing Ferrini-Mundy and Cummings are thankful for this holiday season is the System's partnership with Convenient-MD and The Jackson Laboratory which provided tens of thousands of tests throughout the semester.

The return plan is still in place. Students will arrive back on campus on Jan. 25 and undergo similar testing procedures that they went through before the first semester. Even though it will be semester break, school officials will continue to monitor data to determine if the return to school plan will be changed, if at all.