The goal of 'Manie Musicale' is to increase student engagement in the French language and cultural knowledge through popular French songs. 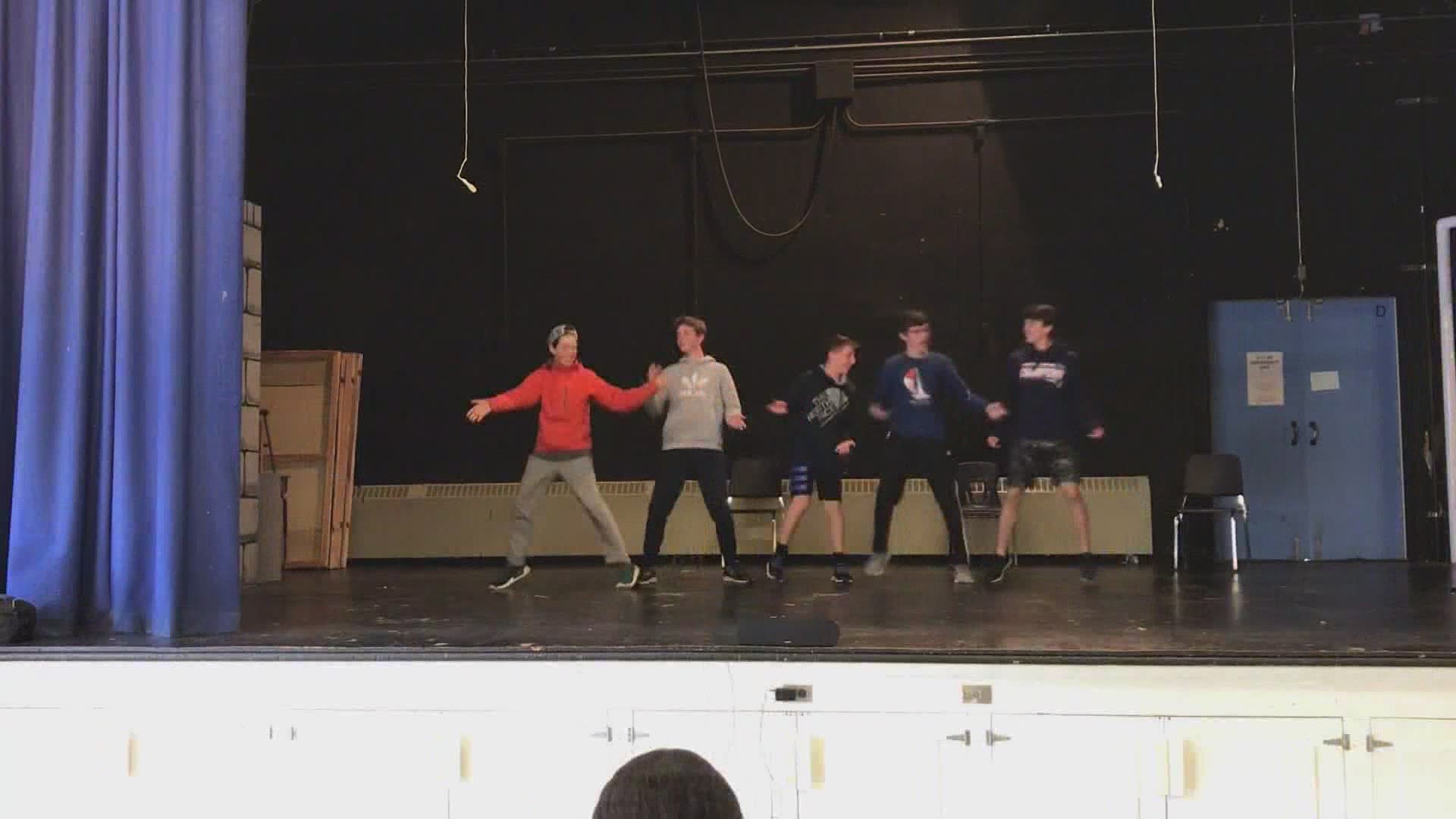 The goal of "Manie Musicale" is to increase student engagement in the French language, cultural knowledge, and to improve French skills using popular French songs.

"It's a French song competition with Francophone songs from all over the world, just like the 'March Madness' basketball tournament. It's the sweet 16 songs," Fournier said. "Students vote, and whichever song wins, advances to the next round."

When the competition launched in 2017, only Falmouth and York middle schools participated. Since then, the program has grown to include more than 1,500 schools from 49 states and Washington, D.C., as well as Australia, Bermuda, Canada, Egypt, England, France, Ireland, Mexico, and New Zealand.

"Our goal is to improve the vocabulary of students, expose them to the language, and engage them [in] French," Carbonneau said. "I think this is a great way to show them that French is still in our state."

The "Manie Musicale" competition was inspired by a Spanish version, Señor Ashby's "Locura de Marzo." The two French teachers thought, "Why not do the same with french songs for our students?"

Carbonneau and Fournier presented the project to the Foreign Language Association of Maine and, after approval, opened it up to other schools and even countries.

"Two songs that go head-to-head and they vote on which one they like better and the one who wins the bracket gets a prize," Rice said.

Rice said she memorized most of the choruses of the French songs because they are typically very catchy.

As in the NCAA March Madness basketball tournament, students fill out brackets weekly to select the "best" French song and music video of the year.

Fournier said she and Carbonneau choose the songs in order to include a variety of contemporary Francophone artists from around the world.

Carbonneau said she never imagine "Manie Musicale" would explode the way it has. Both Maine teachers have created videos, social media websites, and sent out helpful links for everyone involved to understand the dates, the songs, and most importantly, to have fun.

Carbonneau and Fournier said they try to include a wide variety of songs that promote diversity, inclusion, and tolerance. This year they included a song from a French-speaking artist who passed away from COVID-19.

"Teaching world language is the first step toward world peace because you open students up to other perspectives of tolerance and respect and diversity," Fournier said.

A Facebook group with participating teachers can be found here.

Teachers can register for this year's contest here. The deadline is March 1.

To learn more about the competition check out the Manie Musicale website.