The Lincoln Fire Department bought more than 1,000 smoke detectors thanks to a community fundraising effort to help save more lives and educate students. 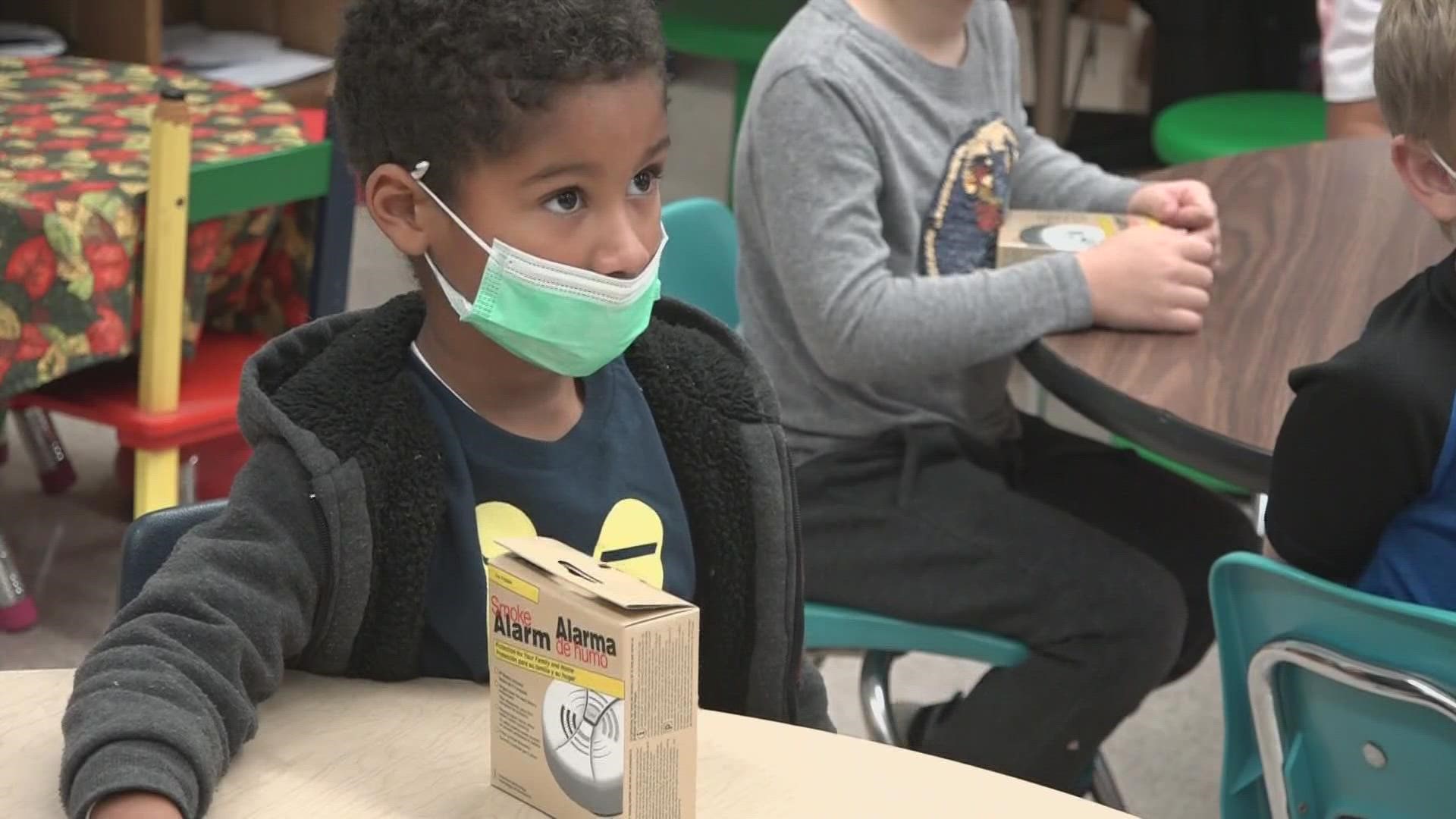 LINCOLN, Maine — With the help of a community fundraising effort, the Lincoln Fire Department bought 1,000 smoke detectors to provide to students. The goal is to educate them and help save lives.

"We wanted to make sure that every home had a working smoke detector," Capt. Cory Stratton from the Lincoln Fire Department said.

Lincoln firefighters are relying on students to get the job done.

As temperatures drop, fire safety is a big concern, especially as people start heating their homes again. Lincoln Fire Chief Les Brown said one of his biggest concerns is the lack of smoke detectors installed on house walls or ceilings in town.

"Our school system was the easiest source," Brown said.

On Monday at Ella P. Burr Elementary School in Lincoln, every student received a new smoke detector, ready to install.

Firefighters raised about $3,000 to cover the cost for the detectors following two fires in Lincoln. One of the fires claimed the life of an Ella P Burr Elementary School student in February. Firefighters told NEWS CENTER Maine there were no smoke detectors in her home.

"A year ago we had a student perish in a fire, and so it's kind of near and dear to all of our hearts," Principal Pete Loiselle said.

"It's just safety. For some reason we have a lot of fires in this community and the surrounding towns, and just the early warning of a smoke detector could save their families, and that's the big push," Brown said.

In school Monday, students were tasked with taking the detectors home, having their parents help put them up, then reporting back to the firefighters through a card.

"I think it's a great way to get the students involved because we want them to have ownership as well. Yeah, they are young, but if they start talking about it now, they are going to keep that with them as they get older," Loiselle said.

Walking into an elementary classroom with a life saving gift! The story of one fire department’s effort— coming up at 6 p.m. on @newscentermaine. pic.twitter.com/2oJJFYHhaC

"Then we had another fire. Both fires the residences didn't have working smoke detectors in their home," Stratton said.

Stratton came up with the initiative, along with the fire chief. They got donations from local community members including Penobscot Valley Hospital, Machias Savings Bank, and Modern Woodsman, raising more than $5,500.

Brown said putting up one of those smoke detectors takes no more than five minutes.

In the next few weeks, Lincoln firefighters will deliver hundreds of smoke detectors to students in Lincoln schools, including middle and high schoolers.

I am very pleased to announce that we were able to raise over $5500 for our smoke detector fund raiser. We have received...

"Most homes have students, and students are going to be really excited about having them installed in their home," Brown said.

He added, "Saving families, saving lives, saving pets, saving anything that we can save." 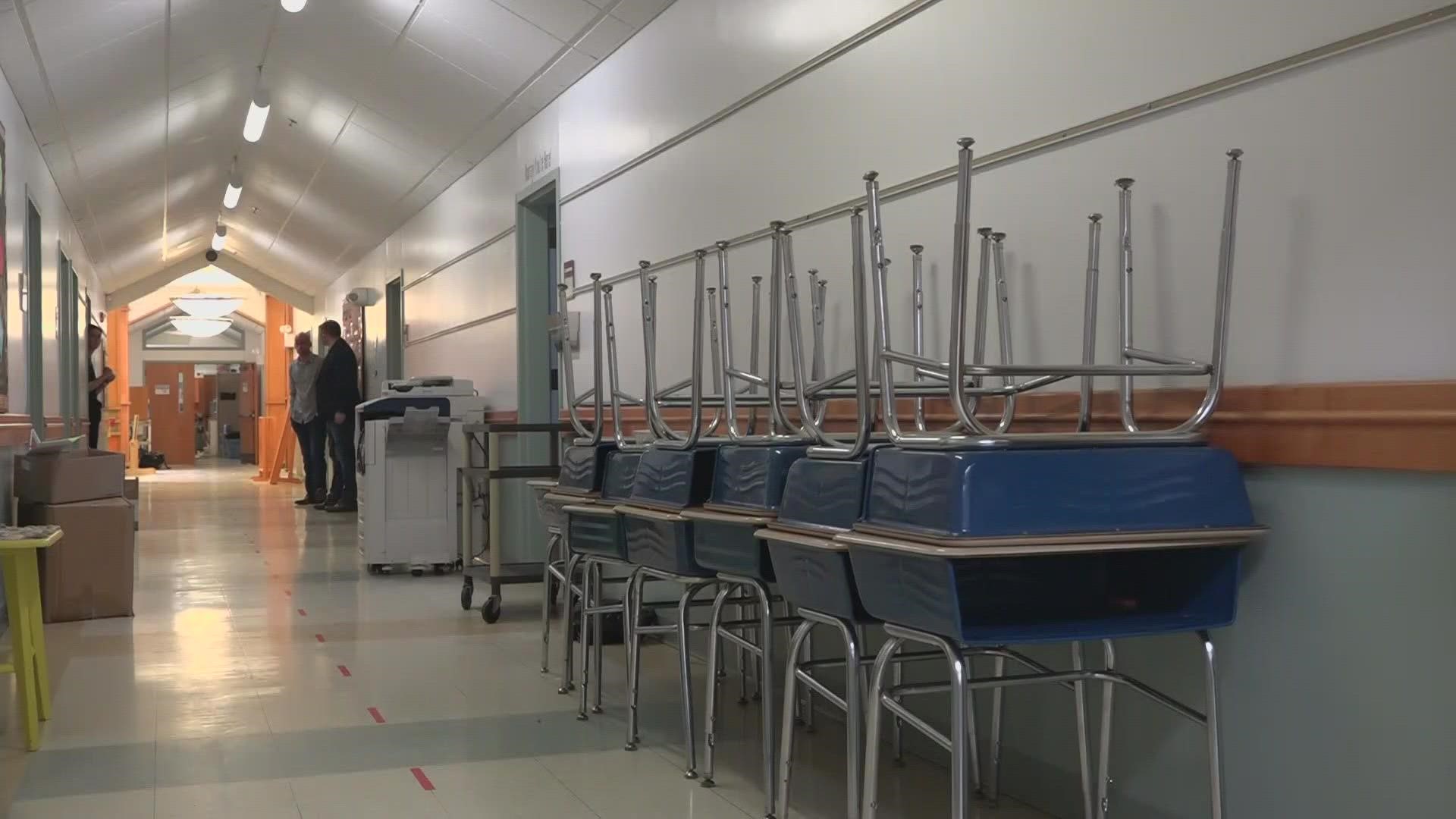